Eighty parliamentarians voted last night in favor of the normalization deal with the United Arab Emirates, signed on Oct. 15 at the White House in Washington. 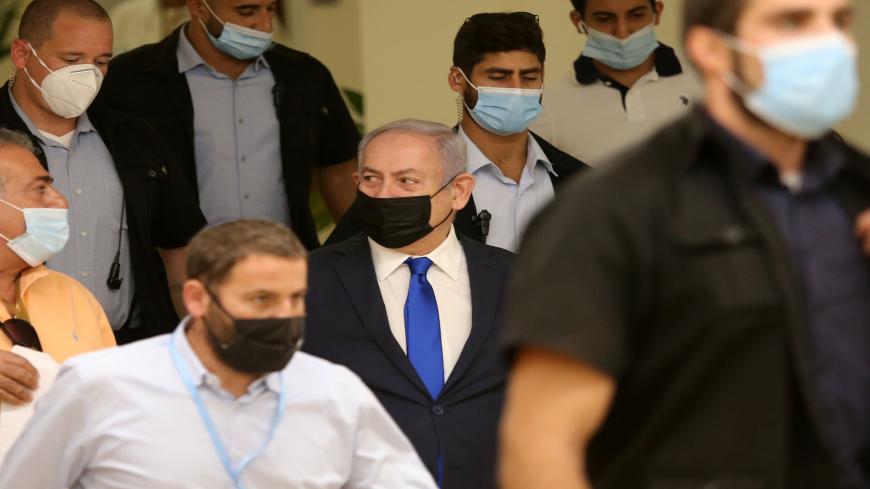 Israel’s parliament approved Oct. 15 the country’s normalization deal with the United Arab Emirates (UAE) with an overwhelming majority. Eighty Knesset members voted in favor of the agreement, including many from the opposition; 27 lawmakers did not participate in the vote. Only 13 parliamentarians — all from the Arab Joint List — voted against the agreement.

The normalization deal, signed at the White House Oct. 15 under the auspices of President Donald Trump, was ratified by the government Oct. 12. After the Knesset vote it is expected to go back to the government, for final ratification.

The Knesset vote took place late at night, after nine hours of debate, with more than 100 Knesset members addressing the plenum. Prime Minister Benjamin Netanyahu spoke twice during the debate — once at the start of it and then just before the vote.

The prime minister insisted that “there are no secret annexes or hidden clauses in the UAE deal.” Earlier, he had declined meeting with the Knesset Foreign Affairs and Defense Committee’s subcommittee on intelligence, until after the Knesset approval. Former Defense Minister Moshe Ya’alon boycotted the vote to protest what he said was a failure to present the agreement in full to the parliament. Referring to publication on US intention to sell the Emirates F-35 fighter jets, Ya’alon said he objected to any Israeli endorsement of selling the Emirates sophisticated weapons without  a prior Knesset approval.

Opposition head Yair Lapid hailed the agreement as an achievement, but criticized the failure of the government in general. Addressing Netanyahu after the vote, Lapid tweeted, "The agreement with the Emirates is a nice achievement. That’s true. But we live here, not in the Persian Gulf. We have a crisis here. At home. And here at home, your failure in managing the [coronavirus-induced economic] crisis is unprecedented. It’s time for a leader who would make peace here at home, among the Israelis. Sir, it’s time for you to leave."

Thirteen of the Joint List’s 15 lawmakers voted against the agreement, not including party head Ayman Odeh, who was absent from the plenary due to his infection with the coronavirus. Odeh tweeted Oct. 15 following the vote, "There is only one agreement that will bring peace, prosperity and security to both peoples, and that's the agreement that would lead to the end of occupation and the establishment of an independent Palestinian state alongside Israel. Today’s agreement is part of Trump’s dangerous vision, which includes transferring lands and denying citizenship in the [Israeli region Northern] Triangle; it will perpetuate the military control over millions and Palestinians and perpetuate settlements and outposts."