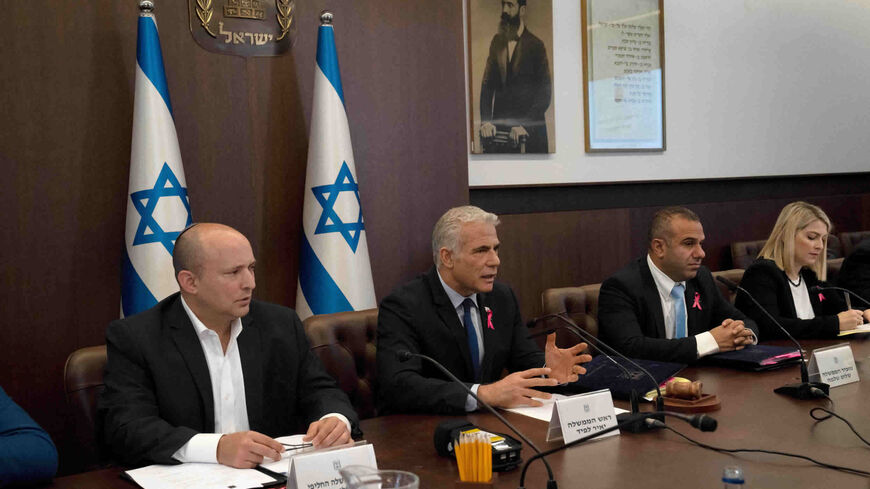 Israel’s Energy Minister Karin Elharrar welcomed this morning a proposed agreement presented Sunday, Oct. 2, by American mediator Amos Hochstein, for the demarcation of the maritime border between Israel and Lebanon.

The draft adopts Line 23, proposed by Lebanon, and offers Lebanon most of the disputed maritime area. Israel gets to keep its Karish natural gas rig. Lebanon will be able to set up its own rig nearby, in zone Kana owned partly by Lebanon and partly by Israel. Israel will receive part of the revenues from the gas extracted from Kana by the French TotalEnergies company.

Elharrar said, "There is an advantage to Lebanon also having a rig. This will calm the region and prevent Lebanon from receiving gas and energy from Iran." She also said that extraction from Karish, yet to be launched, does not depend on the agreement. "Gas production depends on technical matters of connecting the rig to the underwater gas pipeline. This is not in dispute and was not part of the negotiations."

Israel has yet to officially approve the plan. It is not clear yet whether a government decision will suffice, or whether it would require Knesset approval. That being said, Prime Minister Yair Lapid and Defense Minister Benny Gantz both responded positively to the proposal.

Israeli experts concede that Jerusalem was the one making the bigger concession for the deal to be accepted by Beirut. Still, they argue that Israel stands to benefit from a more economically stable neighbor. Thus, while Israel makes a tactical concession, it stands to gain strategically on three levels:

Not everyone is happy:

Opposition head Benjamin Netanyahu criticized the agreement draft, saying, "Lapid has no mandate to give up Israel's sovereign territories. Yair Lapid shamefully surrendered to [Hezbollah leader Hassan] Nasrallah's threats. He is giving Hezbollah a sovereign territory of the State of Israel with a huge gas reservoir that belongs to you, the citizens of Israel."

Responding to Netanyahu, Lapid tweeted Oct. 3, "Some facts for Netanyahu, simply because he did not see the agreement: Israel receives 100% of its security needs, 100% of the Karish gas reservoir and even some of the profits of the Lebanese reservoir. I understand that it hurts you that you were not able to reach such an agreement, but that is no reason to join Nasrallah's propaganda."

Last week, the Israeli negotiator to the agreement, former Energy Ministry Director-General Ehud Adiri, resigned from his mission, reportedly opposing the drafting of the agreement proposal and criticizing the lead taken on this by Israel’s national security adviser Eyal Hulata.