Despite threats from Hezbollah, and despite harsh criticism from opposition chief Benjamin Netanyahu, Prime Minister Yair Lapid hopes for the government to soon approve the maritime border agreement with Lebanon. 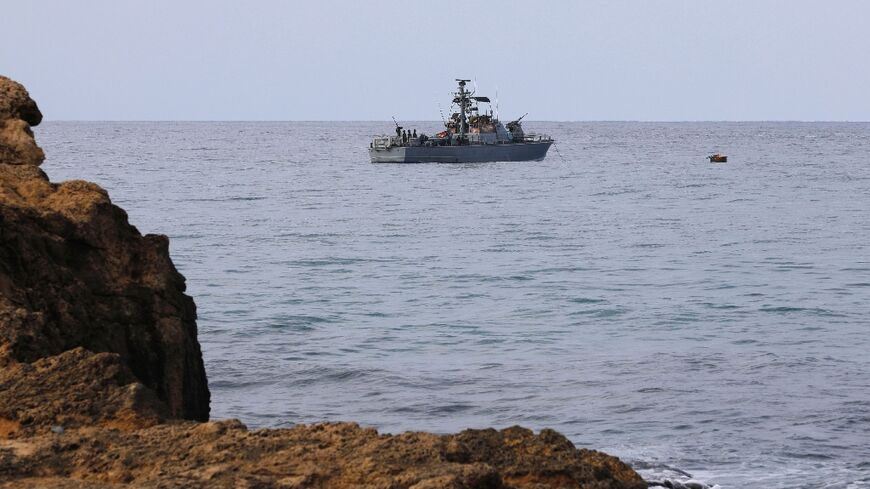 This morning, the office of caretaker Prime Minister Yair Lapid issued a statement saying Israel had just received a draft agreement for its maritime border with Lebanon that “responds to all the security, economic and legal demands it had made,” and would be presented to the security Cabinet next week. “This is a historic achievement that will strengthen Israel’s security, bring in billions and promise stability along the northern border,” Lapid said.

Israel and Lebanon are engaged in a race to the finish line. Not against each other, but rather against the clock and against two other runners intent on torpedoing the final draft agreement presented this week to both sides by US mediator Amos Hochstein on demarcation of their gas-rich economic waters. Lebanon and Israel both are keen to sign the deal after years of fruitless negotiations.

Nasrallah might reluctantly step back from the threats he has been making against Israel once he realizes that the deal is done and that his fellow Lebanese would never forgive him for depriving them of a potential economic gas bonanza.

Not so Netanyahu of 2022, who is living up fully to the mystical Jewish moniker of an “angel of destruction” that former Prime Minister Yitzhak Shamir used to describe him as back in 1999. Nowadays, the ousted premier and current opposition leader is doing all in his power to sabotage the Israel-Lebanon agreement, spreading shameful distortions of the facts.

Either way, the race will end Nov. 1 when two crucial events take place. Lebanese President Michel Aoun, who under Lebanon’s constitution is the only office holder authorized to sign such a deal, ends his term, so far without a successor, and Israelis go to the polls to choose their leader. In accordance with Israel’s electoral system, even once the results are in, it could take weeks to put together a new government.

Meanwhile, the legal interpretations of a transitional government’s power to sign such a landmark agreement with a country with which Israel is technically at war are unclear. Attorney General Gali Baharav-Miara, who is also the government’s top legal counsel, has yet to pronounce on the matter, and the Supreme Court will also have to rule on several petitions arguing against the validity of a provisional government’s signature.

What's more, the government is required by law to present the deal to the Knesset two weeks before approving it, a proviso adding to the uniquely Israeli bureaucratic and constitutional obstacles facing the agreement. As always, Israel’s foreign policy goals are being undermined by its domestic politics.

Nasrallah is the linchpin of the war that Netanyahu is waging against the agreement, arguing over and over that Lapid has given in to all of Lebanon’s demands and surrendered to Hezbollah. His claims are patently absurd. In a recent interview, US Ambassador to Israel Tom Nides described them as “ridiculous,” adding, “In fact, former prime minister Netanyahu also supported a very similar deal a few years ago.”

The current agreement has only been made possible by a rare convergence of circumstances, with Lebanon financially broke, forcing its remaining leaders to understand that it is now or never. If they turn down the compromise, Lebanon will have to suffer through years of international arbitration to resolve its dispute with Israel, rather than launching the long-awaited drilling of its offshore Kana gas reservoir.

Israel is in the same boat. If it turns down the deal, it would face years of arbitration and would risk attacks on its Karish gas field adjacent to the border with Lebanon rather than starting immediate production there. Energean, the company operating the rig, is conducting its final testing of the pipelines to Israel’s coast, and is said to be ready to pump its gas riches into Israel’s coffers in November. Without an agreement, the dispute will drag on, constantly teetering on the verge of war.

Nasrallah's behavior in this affair is understandable. He is gritting his teeth at the possibility that the Lebanese government, of which he is a partner, is about to reach agreement with his sworn enemy. This agreement also includes recognition of the "buoy line," which Israel unilaterally marked years ago as a security border along 5 kilometers (3 miles) from its coastline. Nasrallah is digesting these developments slowly and with difficulty, but is not believed to prefer war.

The same cannot be said of Netanyahu. The once responsible leader did not dare violate the Oslo Accord with the Palestinians signed by his predecessors when he first assumed office in 1996, despite his abhorrence of that deal. These days, he is behaving like a bull in a China shop while the pragmatists in his Likud party look on helplessly.

“It is unbelievable,” a senior Likud party source told Al-Monitor on condition of anonymity. “He is throwing out the baby with the bath water and not thinking of the day after.” The source countered Netanyahu’s arguments saying that under the compromise agreement, in a worst-case scenario, Israel would cede to Lebanon $1 billion in gas revenues in many years’ time. “In return, we are getting a strategic balance with Hezbollah, security stability for the entire basin and immediate launch of the Karish operations. Has the man no shame?”

The answer, so it seems, is “no.” The current round of voting, like the previous four rounds Israel has undergone over the past 3½ years, once again appears critical, dramatic, decisive and terminal. From Netanyahu’s perspective, this description is probably precise. According to polls, he is very near his goal of 61 Knesset seats (out of 120) that would allow him to institute reforms changing the face of the country, to fatally wound Israeli democracy and sideline its liberal values. Judging by his recent statements against the agreement, he is willing to go as far as it takes to achieve that goal.