Israeli opposition wants to know: Is there more to UAE deal than meets the eye?

Senior opposition figures suspect that Prime Minister Benjamin Netanyahu is hiding some of the details of the deal signed with the UAE. 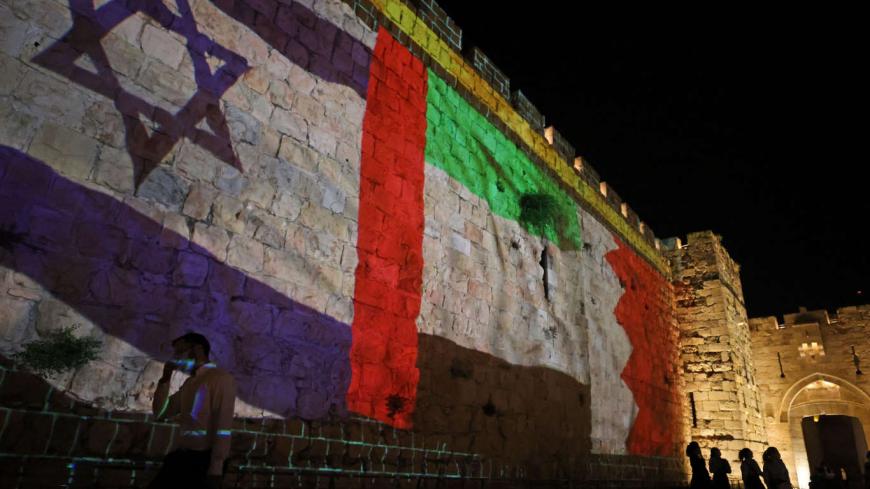 “One week after the signing, no one knows details regarding what Israel committed itself to, in the agreement — except for one person, who happens to be a criminal defendant. I am very worried — and there is real basis for my worry — that [Israeli Prime Minister Benjamin] Netanyahu may have traded Israel’s strategic advantage in the Middle East.”

This tweet was posted Sept. 21 by Meretz Knesset member Yair Golan — a former deputy chief of staff who also served as commander of the Northern Command. Golan was widely viewed as an exceptional officer who, before he retired, had been a candidate for the position of chief of staff.

Since Golan entered politics about a year ago, he has become one of the left’s most aggressive critics of the prime minister, and some of his criticism has been populist. However, it is difficult to ignore this specific tweet because Golan is very well acquainted with the State of Israel’s array of national and defense interests and was privy to defense secrets over many years. Thus it is hard to brush him off as merely one more talking expert among many.

In addition to the tweet, Golan placed a parliamentary query on the Knesset’s table; it included a demand to examine the details of the agreements with the United Arab Emirates and Bahrain. In his query he also said the Sept. 15 agreements were never made fully public and their security ramifications were never discussed in the government or the Knesset. He said, “As a former deputy chief of staff, I must express deep concern over the concealment [of the details involved]. I demand that the subject be brought to the table of the Knesset and to the Foreign Affairs and Security Committee, to examine the agreements and ensure that Israel retains its security advantage and qualitative military edge.”

But after the signing ceremony in the White House, the content of the agreements was disseminated. So the question is: Are there other, nondisclosed clauses that can endanger the State of Israel’s national interests?

The situation is such that the prime minister alone conducted all the communication and holds exclusive political responsibility for the agreements signed. This, together with Netanyahu’s unstable political and legal circumstances, gives many reason to believe that Golan’s doubts should be aired.

The more time that passes since Netanyahu signed his name on a full normalization agreement with the UAE and one with Bahrain, on the White House lawn — the more the prime minister has come under attack. His opponents attribute personal, secret motives to him, motives that do not necessarily serve Israel’s national interests. For example, the fact that the agreements have not been discussed in any forum — whether binding or not — of the Knesset and the government lends itself to a sense that transparency is lacking. The Knesset’s Foreign Affairs and Security Committee, the government and the State Security Cabinet — none of these entities have discussed the agreements.

In addition to Golan, Knesset member Moshe Ya’alon (of the opposition Yesh Atid-Telem party) asked to conduct a discussion in the Foreign Affairs and Security Committee regarding the agreements. He said, “Prime Minister Benjamin Netanyahu went to sign a diplomatic agreement without involving the Knesset, the Foreign Affairs Committee or even the Security Cabinet. This is dictatorship.”

Meanwhile, Defense Minister Benny Gantz took a commercial flight for a quick, 48-hour visit to Washington. Gantz — a former chief of staff who was excluded from the agreement by Netanyahu and not even invited to the White House ceremony — is expected to meet with his American counterpart, Secretary of Defense Mark Esper and other bigwigs.

Before Gantz took off, people in his circle talked about "important security meetings to continue to maintain Israel’s security supremacy and the continued, joint struggle against Iran." However, even Gantz’s involvement does not allay the fears of those who suspect that something inappropriate is hidden in the agreements.

Similarly, the 1993 Oslo Agreement was signed by Prime Minister Yitzhak Rabin and PLO leader Yasser Arafat in the White House, and then brought to the Knesset for ratification after about 10 days. Legal expers note that while there is no constitutional requirement for this, it has become accepted in Israel that the prime minister bring agreements to the Knesset for ratification.

Of course, Netanyahu — unlike Begin and Rabin — is now in a sensitive legal position. He is accused of bribery and faces a political-civic struggle regarding his legitimacy to continue to rule. The question intensifies when historic agreements are at stake, and thus conspiracy theories flourish.

The truth is that Netanyahu cannot conceal anything from the public for long. After all, a possible sale of F-35 jets would be uncovered sooner or later. Also, Gantz is in the United States now and likely would be privy to any “secret” clauses, should they indeed exist.

In fact, it is in Netanyahu’s interests that the agreement be brought to the Knesset for ratification. That would be a historic event, and would serve to bolster the prime minister’s future legacy. A vote in the Knesset would hold great political power and might embarrass Netanyahu’s opponents if the prime minister emerges as a great statesman, with shoes too big to fit his opponents. The more that his opponents — including center and left-wing former senior army officers — try to undermine the agreements, the more that Netanyahu could have his revenge. He could expose them as deceitful, small-time politicians who cannot rise above themselves even when commercial and cultural agreements are being signed and sealed between former enemy states. And they, of course, would be hard pressed to vote against the deal.

When will the Knesset be privileged to validate the agreement? Local wisdom holds that it will happen when Netanyahu finds a politically appropriate time to do so. There is no law that limits him to a time frame.