Opposition members keep slamming Prime Minister Benjamin Netanyahu over the imminent sale by the United States to the UAE of F-35 stealth jets. 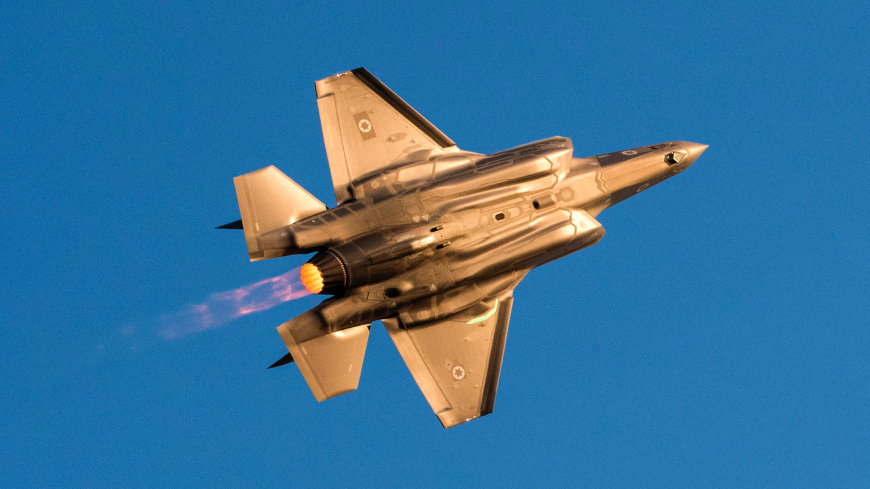 An Israeli air force F-35 Lightning II fighter plane performs at an air show during the graduation of new cadet pilots at Hatzerim base in the Negev desert, near the southern Israeli city of Beer Sheva, on June 29, 2017. - JACK GUEZ/AFP via Getty Images

The Knesset’s Foreign Affairs and Defense Committee convened today to discuss the expected sale of the F-35 stealth jet by the United States to the United Arab Emirates. Opposition members slammed Prime Minister Benjamin Netanyahu for allegedly approving the deal ahead of signing the normalization agreement with the Emirates on Sept. 15. They believe Abu Dhabi conditioned normalization on Jerusalem approving it. They also believe that Netanyahu deliberately hid this information from Israeli citizens in general and the defense establishment in particular out of fear that public criticism would delay or sabotage the normalization agreement.

The revelation about an alleged triple understanding between Israel, the United States and the United Arab Emirates (UAE) for the sale of the F-35 alongside the normalization agreement angered many seniors in Israel’s political and security systems, especially Defense Minister Benny Gantz. The prime minister repeatedly denied that Israeli approval for the sale of stealth jets, as well as the sale of other advanced weapons, were part of the UAE deal, but Gantz continued to question that. Realizing there was little he could do to stop the deal, Gantz went to Washington on Oct. 22 and together with Secretary of Defense Mark Esper signed an agreement for maintaining Israel’s military qualitative edge in the Middle East in other ways.

While Gantz seems to have accepted the deal as a fait accompli, Israel’s opposition refuses to do so. Meretz Party leader Nitzan Horowitz referred at the meeting to a letter sent this summer to US Secretary of State Mike Pompeo, restating Israeli opposition to such an arms deal. Horowitz said that the letter indicates that Netanyahu knew at the time that such a deal was being considered. Horowitz also referred to reports about people from Netanyahu’s office who allegedly contacted IDF Air Force Cmdr. Amikam Norkin ahead of the normalization signing about the military’s position on the matter — this, without informing Defense Minister Gantz ahead.

During the committee meeting, Horowitz tweeted, "Now at the Foreign Affairs and Defense Committee, the prime minister’s adviser [Reuven Azar] repeats the lie about the deal of the jets with the Emirates, as if Israel did not know about the [American] intention to sell these airplanes. Netanyahu knew very well about this and concealed it on purpose from the defense system and the IDF."

Journalist Barak Ravid published similar things, tweeting, "At the Foreign Affairs and Defense Committee meeting over the F-35 deal, Netanyahu’s diplomatic adviser Reuven Azar is reading out a written statement published by the prime minister a few weeks ago on the issue, and ignores the questions being asked. Knesset member Horowitz says: 'It’s a farse. We read all that in [the Netanyahu-affiliated] Israel Hayom newspaper two months ago.'"

Azar denied allegations as if Netanyahu and his people knew ahead about the deal and concealed it from the defense establishment, saying Israel was only informed of it after fact. The letter to Pompeo, he said, was sent just in case the United States was considering selling such airplanes to the Emiratis.

Dor Shapira, who represented the Foreign Ministry at the meeting, said, "If there were any security understandings ahead of the signing of the agreement, we did not know of it and were not told."