Gantz, Netanyahu split again over US F-35 sale to UAE 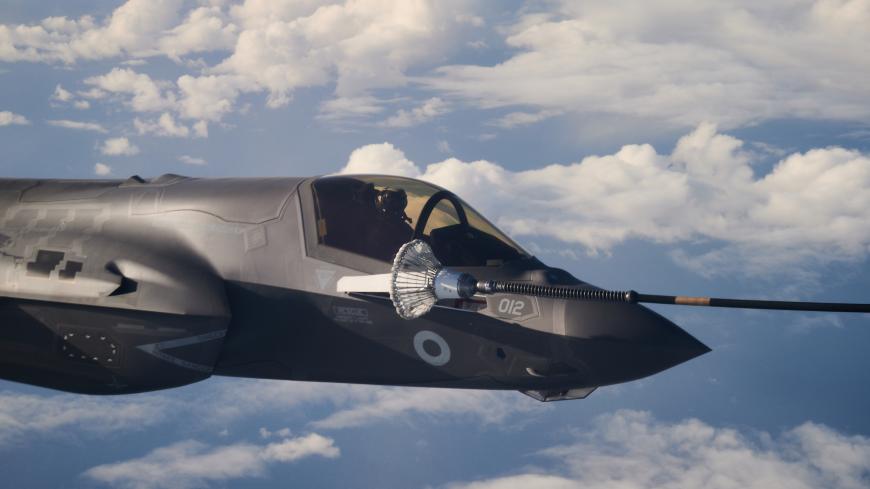 An F-35B combat aircraft from the Royal Air Force refuels from an RAF Voyager aircraft over the North Sea on Oct. 8, 2020 in flight, above Scotland. - Leon Neal/Getty Images

Did Prime Minister Benjamin Netanyahu know last August that the United States wanted to sell F-35 jets to the United Arab Emirates? Shortly after the Aug. 13 announcement by President Donald Trump about Israel and the Emirates establishing diplomatic ties, rumors surfaced in the press over US readiness to sell the Emirates the sophisticated aircraft. Israel has long objected to any such sale, arguing it would harm its qualitative military edge in the region. But on Aug. 19, Trump told reporters that the Emiratis had expressed interest in buying “quite a few” of the stealth fighter jets, and noted that a sale was “under review” amid the new dynamic between Jerusalem and Abu Dhabi.

The statement set in motion a dispute between Netanyahu and Defense Minister Benny Gantz. Gantz sent a letter to Netanyahu chastising him for reaching out behind his back to the IDF air force commander before the deal with the Emirates was concluded, to inquire into the country’s policy regarding Arab neighbors acquiring F-35 jets. Netanyahu rejected the claim and accusations that he knew of or gave his approval for an American-Emirates deal.

The topic has recently resurfaced. On Oct. 21, Gantz went to Washington to discuss with Secretary of Defense Mark Esper ways of preserving Israel’s military qualitative edge and more specifically, Israel’s procurement plan for the coming years. On Oct. 22, the two signed an agreement confirming Washington's strategic commitment to Israel’s military superiority in the Middle East.

Coming back from Washington, Netanyahu and Gantz said in a joint statement they will not object to the US sale of F-35 fighter jets to the Emirates. But later that day and parallel to the announcement that Israel is establishing ties with Sudan, Netanyahu returned to the issue with a different tone. His office said that the "new understandings" were not part of the agreement concluded earlier with the Gulf state.

This new statement reignited the internal dispute. Gantz claimed that Netanyahu had hidden negotiations concerning the sale from Israeli defense officials. Netanyahu rejected the allegations, but Gantz did not let go. He insisted that these discussions had been kept secret from his ministry and the IDF, preventing what he called “proper and responsible management of the process.”

"In my capacity as defense minister I can say that the security system did not know and was not exposed to the negotiations to supply high-quality weapon systems to the UAE through the office of the prime minister. After the agreement was signed with the Emirates, I instructed the security system to conduct a security dialogue that would ensure Israel’s qualitative advantage, with me personally dialoguing with the American administration," tweeted Gantz.

Gantz continued, "Had the security system received the information, we could have managed the process correctly and responsibly. I am proud of our quick and thorough action that led to the deal I signed on Thursday with the American secretary of defense to guarantee the qualitative edge of the security system and of the IDF for decades to come."

The F-35 battle between Netanyahu and Gantz is far from over. A senior Qatari diplomat told Israel’s Public Broadcast Corporation KAN yesterday that his country expects to soon purchase the jets. Another publication yesterday said that Israel is planning to buy 10 new F-35 jets in addition to the 50 already purchased.