Controversy continues in Israel over US F-35 sale to UAE

Prime Minister Benjamin Netanyahu says flatly that he did not know about and did not agree to a deal for Americans to sell F-35 stealth jets to the United Arab Emirates. 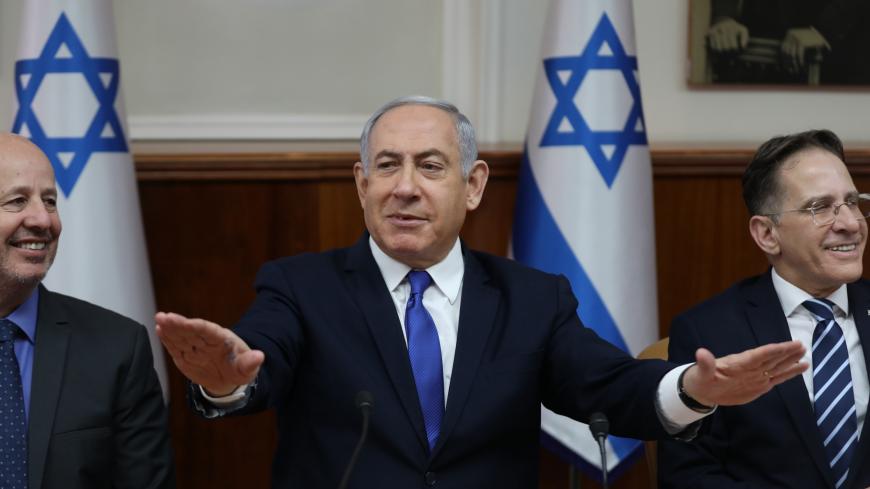 Hanegbi is considered a close ally of Prime Minister Benjamin Netanyahu. Still, some Israeli reports claim that Netanyahu knew about such a possibility ahead of announcing the normalization agreement with the UAE. But Netanyahu, speaking at a joint Aug. 24 press conference with Secretary of State Mike Pompeo, said, "I have to say simply that this deal did not include Israel’s acceptance of any arms deal and I don’t know of any arms deal that has been agreed upon.  It may be contemplated; our position hasn’t changed.’’

The revelation of the American intention to sell F-35 fighter jets to the UAE generated controversy in Israel. After the 1973 Yom Kippur War, the United States pledged to preserve Israel’s “qualitative military edge” in the region by considering Jerusalem’s position before selling advanced weapons to any of the country’s neighbors.

The F-35 stealth jet is one of the most sophisticated aircraft in the world. According to reports, Israel has so far received more than 20 F-35 jets. Dozens more will be delivered in coming years. From the Israel Defense Force’s point of view, the stealth jet is a major component in Israel’s military advantage in the Middle East, which is why the sale of such airplanes to the UAE brought such harsh reactions. Still, Israel cannot prevent the United States from going ahead with the sale; Israel can only try to place hurdles in the way of such a deal. In his remarks, Hanegbi acknowledged that reality, saying, “The Americans are not required to accept our position. They didn’t accept it when they decided to sell the stealth fighters to the Turks, who are not an enemy state, but whom we understand we could have some kind of a conflict with.’’

News of the American sale intentions were accompanied by reports that Netanyahu and head of the National Security Council, Meir Ben-Shabbat, were in the know well ahead; these reports were denied by Netanyahu. Still, Defense Minister Benny Gantz penned a sharp letter Aug. 20 criticizing Netanyahu and Ben-Shabbat for that. Gantz accused both men of reaching out directly — without asking his permission — to the IDF air force commander, Maj. Gen. Amikam Norkin, to inquire into Israel’s policy regarding Arab neighbors acquiring F-35 fighter jets.

The controversy over the issue is far from dying down. Israeli law requires the approval of the Defense Ministry for any export of Israeli-made advanced technology, even to friendly countries. A recent report by Yediot Ahronoth claimed that the prime minister’s office and the Mossad had fought with the Defense Ministry over approval for selling advanced weapons to the UAE. The report did not specify which weapons were in question. Other sources said that all Israeli sales of advanced weapon systems, even those promoted by the Mossad and the prime minister’s office, were approved by the Defense Ministry.

According to an Aug. 24 report, the UAE canceled a trilateral meeting with Israel and the United States scheduled for Aug. 28 in New York over Netanyahu’s opposition to the brewing US-UAE deal.