Israel’s leadership is against the United States selling the Emirates F-35 jets, but if the deal comes through, Israeli defense industries could also benefit. 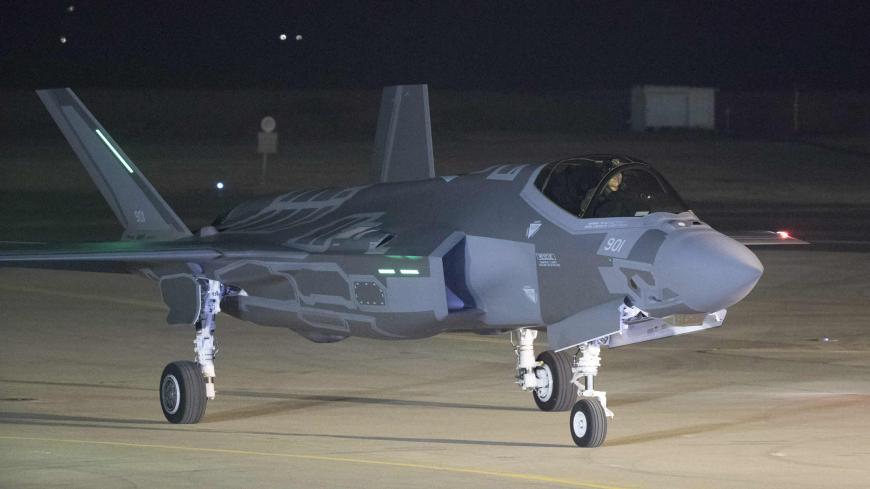 A F-35 fighter jet is seen after landing at the Israeli Nevatim air force base in the Negev desert, near the southern city of Beersheva, Israel, Dec. 12, 2016. - JACK GUEZ/AFP via Getty Images

The signing of the normalization agreements between Israel, the United Arab Emirates (UAE) and Bahrain — with other states supposedly on the way — offers endless business opportunities for the participating countries, including the United States. One of the emerging deals involves the sale of F-35 stealth fighter jets to the UAE. That deal in return could also generate business opportunities, this time for Israeli companies.

To date, the United States has avoided formalizing this F-35 deal, not least because of Israeli opposition. Israel has its own squadron of stealth fighters, provided by the United States to ensure its longstanding commitment that Israel will maintain a qualitative military advantage in the region.

Rumors about the F-35 deal emerged shortly after the Aug. 13 announcement on the agreement between Israel and the UAE. Prime Minister Benjamin Netanyahu’s office pushed back on these reports. It claimed that Israel has neither consented nor moved on its stance that putting America’s most advanced weapon in the hands of any of its Arab neighbors could significantly alter the region’s power balance. “Israel did not change its consistent positions against the sale to any country in the Middle East of weapons and defense technologies that could tip the balance,” the premier’s office said in a statement Aug. 18. Nevertheless, US President Donald Trump, Secretary of State Mike Pompeo and UAE Minister of State for Foreign Affairs Anwar Gargash have confirmed that the deal is still on the table.

All sides attempted to keep this contradiction in versions on low fire. But according to a Sept. 4 report in The New York Times, Netanyahu had indeed lifted his opposition to the sale in exchange for the normalization accord. The report claimed that this came in tandem with his agreement to stop the annexation of settlements in the West Bank.

On Sept. 21, Minister of Defense Benny Gantz left for a series of meetings with Secretary of Defense Mark Esper and various members of the US defense establishment. On the agenda are the implications such a deal would have on the region.

According to one Israeli security source, if it turns out that the UAE will, in fact, be receiving the advanced fighter jets, Gantz will make two requests. The first is for permission to sell advanced Israeli weapons systems, developed jointly with the United States, to the UAE and Bahrain, including drones developed by the Israel Aerospace Industries (IAI) and Rafael. The second is to allow Israel to purchase advanced systems from the United States, to ensure that it maintains its qualitative advantage, as well as for additional American investment in Israeli defense systems, such as the Arrow missile and Iron Dome. Both are used to shoot down incoming rockets and missiles.

Also, Israeli defense industries stand to benefit from the sale of American F-35 fighter jets to the UAE in a roundabout way. The financial paper Calcalist reports that it is likely that the wings of the jets sent to the UAE will be manufactured by the IAI, which is already one of the three manufacturers of the stealth fighter’s wings.

The cost of a pair of wings per jet stands at roughly $3 million; so far, the IAI has produced over 100 pairs, and has negotiated a $2.5 billion contract with Lockheed to produce another 800 pairs. Nevertheless, the contract has yet to be finalized.

Last year, the IAI and Lockheed Martin held a ceremony on the IAI production line to mark the delivery of the 100th pair of wings for the F-35. The ceremony took place in the presence of representatives from Lockheed Martin, the Ministry of Defense and others.

First founded in November 2015, the IAI’s Center for the Installation of Wings on Advanced Fighter Jets has an international reputation for excellence. In December 2018, the IAI inaugurated an innovative robotic assembly line to produce “skins” for the F-35 wings. This expanded cooperation between Lockheed Martin and its Israeli partner. At the time, Nimrod Sheffer, CEO of IAI, said that collaboration with Lockheed Martin is of enormous strategic and economic importance, and that it is a sign that Lockheed Martin and the US administration recognize IAI as an international leader in the industry.

Another beneficiary of the deal is Elbit Systems, whose advanced helmet, manufactured with Collins Aerospace in the United States, can be found in every F-35. The helmet offers pilots flight and target data on an eyepiece, to assist them in guiding their missiles. The cost per unit is roughly $400,000. Last year, Elbit signed a $352 deal with the US Air Force to provide it with these helmets.

Of course, the deal with the Gulf states extends beyond the F-35. Branches of the IAI dealing in weapons systems and cyberwarfare have been working with the Gulf states for two decades now. Most of these deals were made secretly, through a third party. Now that the normalization agreements have been signed, it is expected that trade between the United States, Israel and the UAE will expand further, both for commercial reasons and as a means of strengthening the strategic alliance against the Iranian threat.