The weapons package, which includes dozens of the stealth fighter jets, drones and other munitions, is valued at $23 billion. 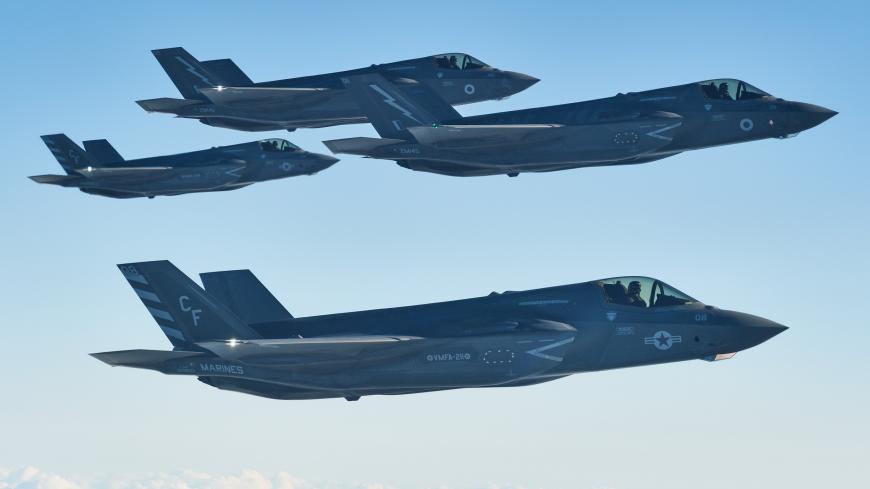 F-35B combat aircraft from the US Marine Corps and the UK's Royal Air Force prepare to be refueled in flight over the North Sea on Oct. 8, 2020, above Scotland. - Leon Neal/Getty Images

The United Arab Emirates has confirmed that it finalized an eleventh-hour agreement with the Trump administration this week to buy $23 billion worth of F-35 fighter jets and other advanced weaponry.

The Gulf country inked letters of agreement with the US government for the aircraft the day before President Joe Biden’s inauguration, the Emirati Embassy in Washington said in a statement Thursday.  The letters covered the "costs, technical specifications and anticipated delivery schedules" of the defense package.

According to the embassy, the deal includes as many as 50 F-35 fighters valued at $10.4 billion, 18 MQ-9 Reaper drones valued at $2.97 billion and various munitions valued at $10 billion. The sale will make the UAE the first Arab country to possess the Lockheed Martin-made F-35, the world’s most advanced fighter aircraft. The jets’ estimated delivery date is 2027, reports Reuters.

The fifth-generation fighter jets come as part of a reported side deal in the Trump administration-brokered Abraham Accords, which established diplomatic relations between the UAE and Israel in September in exchange for Prime Minister Benjamin Netanyahu agreeing to hold off on a planned annexation of large portions of the West Bank.

Biden’s choice for secretary of state, Antony Blinken, has indicated that the new president will build on the normalization accords, but will examine the weapons package and other commitments made by the previous administration.

Opponents say putting the F-35 in the hands of the UAE could undermine Israel’s "qualitative military edge" in the region. Israel’s leaders, however, have said they don’t oppose the sale of “specific weapons systems” to the oil-rich country — a likely reference to the F-35s. In October, Israeli Defense Minister Benny Gantz announced a deal with the Pentagon to upgrade Israel’s defense capabilities with US-manufactured weaponry.

Members of Congress and human rights groups have also opposed the sales, especially because of the UAE’s role in the Yemen war and its backing of proxies in support of renegade commander Khalifa Hifter in Libya.

The UAE is committed to de-escalation in the region, read the Emirati embassy’s statement Thursday. “This latest defense package confirms the UAE-US partnership by enhancing military interoperability to counter evolving regional threats.”