Israeli Ambassador to the US Ron Dermer said the sale won't undermine Israel's military advantage in the Middle East. 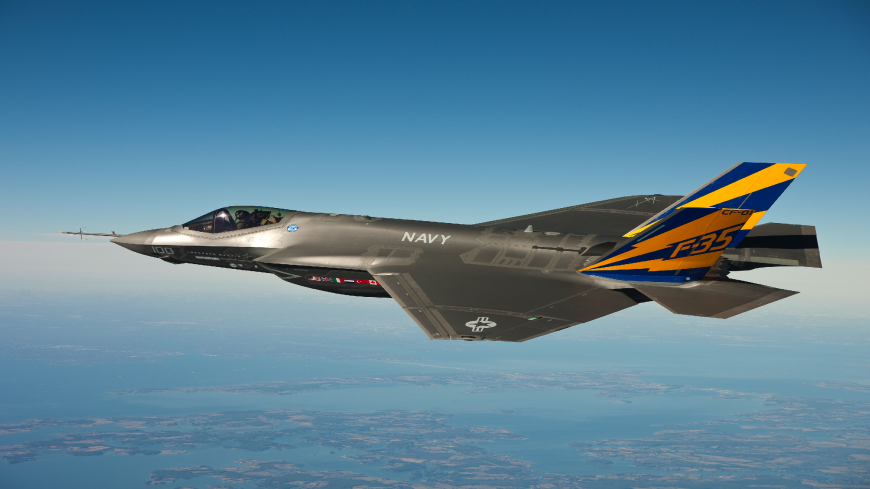 In this image released by the US Navy courtesy of Lockheed Martin, the US Navy variant of the F-35 Joint Strike Fighter, the F-35C, conducts a test flight on Feb. 11, 2011, over the Chesapeake Bay. - U.S. Navy photo courtesy Lockheed Martin via Getty Images

Israel is “very comfortable” with the Trump administration’s proposed $23 billion weapons sale to the United Arab Emirates (UAE), Israeli Ambassador to the US Ron Dermer said on Monday, despite mounting concerns in Congress that the arms deal could threaten Israel’s military advantage in the region.

The State Department formally notified Congress earlier this month that it planned to sell Abu Dhabi $23.4 billion worth of advanced weaponry, including 50 F-35 fighter jets, 18 armament-ready MQ-9B drones and a package of precision munitions. The transfer would make the UAE the first Arab country to obtain Lockheed Martin’s F-35, the world's most advanced fighter aircraft.

“We strongly believe this agreement, this arms package, will not violate the US commitment to maintain Israel’s qualitative military edge,” Dermer said during an interview Monday with MSNBC’s "Morning Joe."

The proposed sale follows the signing of the US-brokered Abraham Accords in September, during which the UAE and Bahrain agreed to establish full ties with Israel in exchange for Prime Minister Benjamin Netanyahu holding off on Israel’s planned annexation of portions of the West Bank.

Opponents of the sale say more weapons in the hands of the Emiratis has the potential to worsen the conflicts in Yemen, where the UAE is backing proxies on the ground, and in Libya, where the country is backing renegade commander Khalifa Hifter. Independent monitoring groups have documented widespread rights abuses in both conflicts.

A recent letter from 29 human rights organizations sent to both President Donald Trump and President-elect Joe Biden warned delivery of the sales would “send a signal of impunity for the UAE’s recent conduct.”

Democratic Sens. Bob Menendez and Chris Murphy, as well as Republican Sen. Rand Paul, have put forward four separate resolutions blocking the arms sale. The resolutions, which are expected to be voted on this week, have the backing of progressive pro-Israel group J Street.

The proposed sale “would only fuel a region-wide arms race and exacerbate ongoing conflicts that are having devastating consequences for civilians’ human rights and are imperiling US interests,” the group wrote in a statement.

Biden’s choice for secretary of state, Antony Blinken, told the Times of Israel earlier this month that the new administration will take a “hard look” at the UAE sale to make sure Israel retains its military edge. But Dermer noted that both Israeli Prime Minister Benjamin Netanyahu and Defense Minister Benny Gantz agreed the sale should move forward, adding “that’s not something that happens often in our politics.”

“What keeps me up at night isn’t the sale of the F-35 to the UAE,” Dermer told MSNBC. “It’s the idea that someone would return to the nuclear deal with Iran.”

Trump unilaterally withdrew from the deal in 2018 and reimposed harsh economic sanctions in the hopes of pressuring Tehran to negotiate a tougher deal that addressed its ballistic missile production and proxy activity in the region.

Biden has vowed to rejoin the deal as a starting point for follow-on negotiations if Iran returns to strict compliance. The president-elect recently told The New York Times those negotiations would focus on how “to tighten and lengthen Iran’s nuclear constraints, as well as address the missile program.”