The organizations warned the major weapons sale could contribute to further instability and violent conflict in the Middle East. 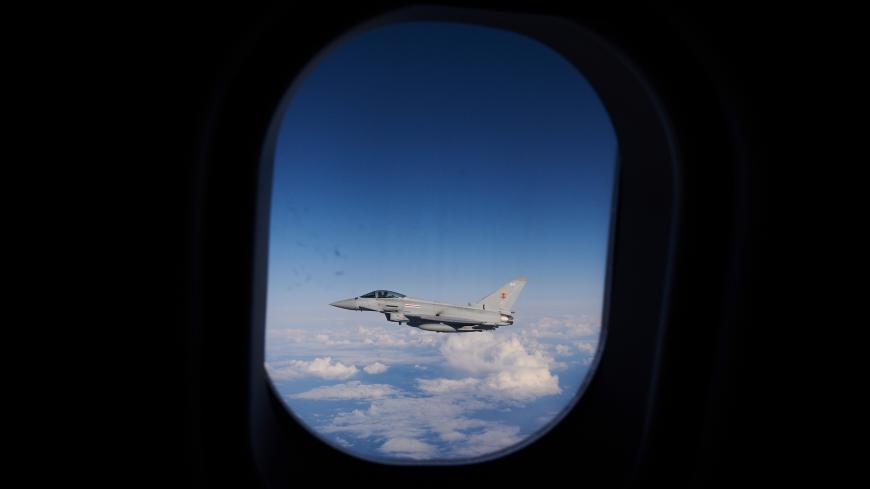 An RAF Typhoon combat aircraft departs after refueling from an RAF Voyager aircraft over the North Sea on Oct. 8, 2020, in flight above Scotland. - Leon Neal/Getty Images

A coalition of human rights organizations is urging President Donald Trump and President-elect Joe Biden to halt a planned $23 billion arms sale to the United Arab Emirates they say would worsen a set of bloody regional conflicts.

“These sales undermine US interests and fuel civilian harm and human rights violations in Yemen, Libya and beyond,” read the letter from 29 groups, including the Project on Middle East Democracy, ALQST and Win Without War.

“Delivery of the sales would undermine US national security interests by fueling instability, violent conflict and radicalization in the Middle East and North Africa and would also send a signal of impunity for the UAE’s recent conduct, which includes likely violations of international law,” the groups said.

The State Department formally notified Congress earlier this month that it planned to sell Abu Dhabi $23.4 billion worth of advanced weaponry, including 50 F-35 fighter jets, 18 armament-ready MQ-9B drones and a package of precision munitions. The transfer would make the UAE the first Arab country to obtain Lockheed Martin’s F-35, the world's most advanced fighter aircraft.

Why it matters:  The planned upgrades to the UAE’s advanced defense capabilities come despite concerns over the Gulf country’s conduct in the region.

In Yemen, where a Saudi-led coalition of Arab countries is fighting the Houthi rebels on behalf of the internationally recognized government, rights groups say airstrikes launched by Riyadh and its main coalition partner the UAE are responsible for a majority of the conflict’s civilian casualties. United Nations experts have documented a slew of human rights violations and possible war crimes allegedly carried out by Yemen's warring parties, including the Emirati government.

In Libya, the UAE has provided military support to renegade commander Khalifa Hifter in violation of a UN arms embargo. The six-year-long conflict pitting the warlord’s forces against the Tripoli-based government has grown into a full blown proxy war, resulting in thousands of casualties and massive waves of displaced people. According to a recent Pentagon inspector general report, the UAE may have also provided some financing to the Russian mercenaries supporting Hifter.

What’s next:  Biden’s choice for secretary of state, Antony Blinken, told the Times of Israel earlier this month that the new administration will take a “hard look” at the UAE sale to ensure it doesn’t undermine Israel’s qualitative military edge in the Middle East. The president-elect has also promised to end US engagement in the Saudi-led war in Yemen, in contrast to Trump, who veoted efforts to end support to a coalition he viewed as a bulwark against Iran.

The open letter from rights groups also calls on Congress to pass several joint resolutions of disapproval introduced by Democratic Sens. Bob Menendez and Chris Murphy and Republican Senator Rand Paul. The lawmakers accuse the administration of circumventing the informal congressional review process to rush through the sale in the waning days of Trump's presidency.

Know more:  Pentagon correspondent Jared Szuba breaks down the proposed sale and takes a look at the mounting congressional resistance.