The bill comes amid a fresh wave of scrutiny from Democratic lawmakers over the Biden administration's plan to move forward with the Trump-era arms sale. 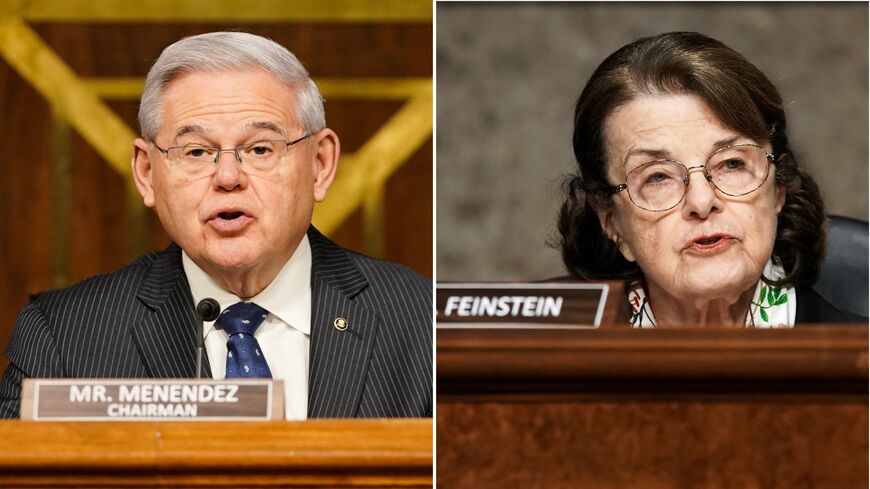 Leading Democrats in the US Senate introduced a bill Friday that would place additional checks on the Biden administration’s plan to advance a Trump-era sale of F-35 fighter jets to the United Arab Emirates.

Democratic Senators Bob Menendez of New Jersey and Dianne Feinstein of California introduced legislation Friday that would require the Biden administration to provide “detailed certifications to Congress that the United States’ aircraft technology and Israel’s security are fully protected.”

The bill comes amid renewed concern among some Democratic lawmakers after the Biden administration briefed congressional aides last week that it intended to move forward with the $23 billion sale, which includes armed drones and munitions.

Democratic Sen. Chris Murphy of Connecticut, a Foreign Relations Committee member who chairs the subcommittee that covers the Middle East, has requested a full briefing from administration officials regarding the status of the proposed sales to the UAE and Saudi Arabia.

“I still don’t believe it’s in our interest to fuel a spiraling arms race in the Middle East,” Murphy said in a statement provided to Al-Monitor.

The Trump administration authorized a sale of up to 50 F-35 Joint Strike Fighters and some $10 billion worth of armed MQ-9B drones to the UAE following its agreement to establish ties with Israel.

The proposal drew heated opposition from Democrats in Congress, but the Senate failed to block the transfer in a vote held in December.

Israeli Defense Minister Benny Gantz signaled his approval for the proposal after the Trump administration signed an agreement to ensure Israel’s qualitative military edge in the coming decades.

The Biden administration initiated a review of the UAE arms sale and a froze a proposed Trump-era transfer of several thousand precision-guided bombs to Saudi Arabia in January. President Joe Biden also ordered a halt to US support for offensive military operations by the Saudi-led coalition in Yemen’s civil war, citing the conflict’s humanitarian disaster.

If passed, the new legislation would require the US administration to report in detail to Congress on the full security risks of transferring the F-35 to countries other than Washington’s NATO and Pacific allies and Israel.

The bill would also require the administration to provide details on security measures it has taken to ensure the security of the F-35’s sensitive technology and outline how it can enforce any potential violations of Congress’ restrictions.

Both the UAE and Saudi Arabia have reportedly transferred US-made weapons to Salafi militias tied to al-Qaeda amid the Gulf coalition’s fight against Yemen’s Houthi rebels.

“I remain concerned with the implications of a sale of our most advanced fighter jet given numerous outstanding, unanswered questions about the implications of this sale for US national security, our technology interests and implications for regional stability,” said Menendez, who chairs the Senate’s Foreign Relations Committee.

Democrat Gregory Meeks, the chairman of the House Foreign Affairs Committee, also signaled hesitancy over the proposed sale to Abu Dhabi this week.

“I and many other House members remain concerned about the proposed sale of $23 billion in arms to the UAE,” Meeks said in a statement Wednesday.

“I still have many questions about any decision by the Biden Administration to go forward with the Trump Administration’s proposed transfers,” he said.

"Fortunately, none of these transfers would occur any time soon, so there will be ample time for Congress to review whether these transfers should go forward and what restrictions and conditions would be imposed,” he added.