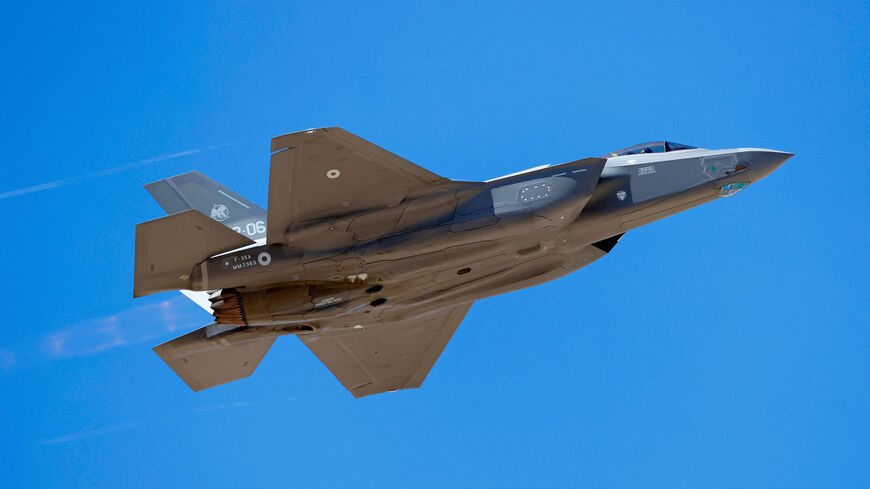 An Italian air force F-35 takes off during the "Blue Flag" multinational air defense exercise at the Ovda air force base, north of the Israeli city of Eilat, on Oct. 24, 2021. - JACK GUEZ/AFP via Getty Images

The Biden administration intends to move forward with plans to sell as many as 50 Lockheed-Martin F-35 stealth fighter jets to the United Arab Emirates, but expects discussions to continue with Abu Dhabi over its “obligations” about securing the aircraft’s technology.

Mira Resnick, the State Department’s top official for regional security affairs, told reporters today that she met with Emirati officials on the sidelines of the Dubai Airshow to discuss the issue.

She offered no update on such assurances on Tuesday, but said high-level discussions will continue. “Those projected [transfer] dates are far in the future, so if implemented, we have some real time to consult,” she said. “We’ve had quite a robust and sustained dialogue with Emirati officials, and I can sort of leave it at that.”

Why it Matters: The Biden administration signed off on a proposal left over from the Trump administration to bring the UAE into the fold of nations allowed to purchase the F-35 Joint Strike Fighter.

But the $23 billion sale, which also includes MQ-9B Reaper drones, has stalled, reportedly amid concerns in Washington over Abu Dhabi’s ability to keep the weapons’ sensitive technology from falling into the wrong hands.

US officials have not publicly outlined those concerns, but news reports have cited the UAE’s ties to China and agreement with Huawei to provide 5G networks as central to the problem.

“I anticipate a continued, robust and sustained dialogue with the UAE to ensure that any defense transfers meet our mutual national security strategic objectives…. while protecting US technology,” Resnick told reporters today.

Meanwhile, Russia is hastening to develop its answer to the F-35, the Sukhoi Su-75 Checkmate. State-owned Rostec says it aims to market the fighter, billed as a stealth light tactical aircraft, to Middle Eastern markets by 2026.

A senior Rostec executive confirmed at the airshow yesterday that the company is once again in talks with Emirati companies about joint production of the Su-75.

The Su-75 made its international debut at the Dubai Airshow over the weekend. Russian officials met with Abu Dhabi’s Crown Prince Sheikh Mohammed bin Zayed Al Nahyan at the event on Tuesday, The Associated Press reported.

Still, Resnick expressed confidence that Washington, with its network of allies, is offering a better package.

“I was on the flight line today. There were lines around the corner to see the F-35,” she said during Tuesday’s call with journalists. “It’s a real game-changing opportunity for the UAE and for our partnership, and we look forward to implementing that sale.”

Asked by Al-Monitor whether the Biden administration is taking seriously Rostec’s timeline of selling its aircraft, Resnick declined to comment directly.

“Our partners know the risks of CAATSA sanctions and that we are very serious about implementing CAATSA, whether it is in this region or around the world,” Resnick said.

Know More: Read Hussein Nagah’s roundup on the top highlights of this year’s airshow, including a major focus on emerging drone technology.