Emirati officials head to the Pentagon on Wednesday for two days of strategic talks with Washington. 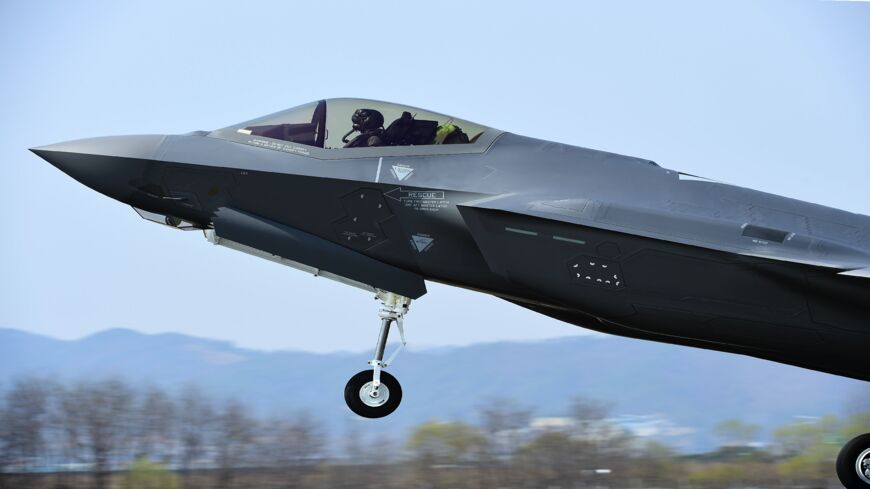 The United Arab Emirates has suspended negotiations with the United States over a planned purchase of up to 50 F-35 stealth fighter jets and MQ-9B Reaper drones over Washington’s conditions for securing the technology.

The threat to cancel the deal was first reported by The Wall Street Journal. “Technical requirements, sovereign operational restrictions and cost/benefit analysis led to the reassessment,” an Emirati official told Reuters on Tuesday.

“The US remains the UAE’s preferred provider for advanced defense requirements, and discussions for the F-35 may be reopened in the future,” a statement by the UAE Embassy in Washington read.

Why It Matters: Abu Dhabi appears to be driving a hard bargain ahead of talks scheduled for tomorrow with US officials at the Pentagon.

The State Department, which oversees foreign arms sales, said Tuesday that officials remained “hopeful that we can work through any outstanding issues” regarding the F-35 sale.

The issue is likely to come up in discussions between an Emirati delegation and US defense officials led by Undersecretary of Defense for Policy Colin Kahl over the next two days, Pentagon officials said.

The previous US administration under former President Donald Trump initially approved the $23 billion arms transfer last year amid a push to convince the UAE and other Arab states to normalize ties with Israel.

The Biden administration has said it will move forward with the sale but has slowed the final transfer amid concerns over Abu Dhabi's ties with China. Among Washington’s reported concerns have been construction of a suspected Chinese military facility at a port near Abu Dhabi and the UAE’s contract with Huawei for 5G networks.

“These end-user requirements and protection of US defense equipment are universal, non-negotiable and nonspecific to the UAE,” Kirby told reporters on Tuesday.

The Bigger Picture: “The US partnership with the UAE is more complex than any one weapons sale,” Kirby noted today.

But the negotiations over the F-35 sale could have strategic implications for the Gulf for decades, according to Anthony Cordesman, emeritus chair of strategy at the Washington-based Center for Strategic and International Studies.

“When you buy this plane, you’re buying a strategic partner,” Cordesman told Al-Monitor.

It remains to be seen how the UAE would integrate the F-35 into its war-fighting doctrine, Cordesman said, and how it will fit the stealth aircraft into the capabilities of other Gulf states in the future. Those discussions had likely already been underway, he noted.

Mira Resnick, the State Department’s top official for regional security affairs, called the F-35 sale “a game-changing opportunity for the UAE and for our partnership” during a visit to the Dubai air show last month.

Know More: Meanwhile, Russia has been touting its own concept stealth fighter jet, the Su-75, billed by manufacturer Rosneft as Moscow’s cheaper alternative to the F-35.