With the Su-75 Checkmate on display, Russia aims to remind the Emirates and other nations they have options when it comes to fifth-generation fighters. 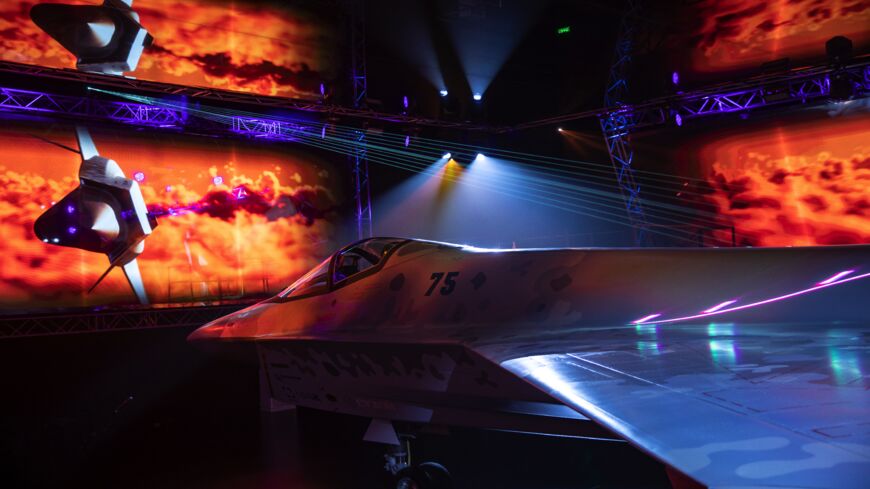 Russia debuts a prototype of its new Sukhoi Su-75 Checkmate, a fifth-generation single-engine fighter jet, for the first time outside of Russia at the Dubai Airshow 2021 on Nov. 14, 2021, in Dubai, United Arab Emirates. - Andrea DiCenzo/Getty Images

Russia’s prototype fifth-generation stealth fighter jet made an appearance at the Dubai Airshow on Sunday, marking the first time the aircraft has been displayed outside its home country.

Why It Matters: The Su-75 Checkmate is being touted as Moscow’s significantly cheaper alternative to Lockheed-Martin’s F-35.

Earlier this year, the Biden administration approved a proposal to sell up to 50 F-35s to the United Arab Emirates for the first time. The proposal, first put forth by the Trump administration, came after Abu Dhabi agreed to recognize Israel last year.

But that deal has been held up, reportedly amid concerns in Washington that the UAE’s agreement with China’s Huawei for 5G networks could pose risks to the F-35’s sensitive technology.

Meanwhile, Russia’s state-owned Rostec is waiting in the wings. The conglomerate says it is looking to market the Su-75 to countries in the Middle East, Latin America and Asia that cannot buy the F-35.

Yuri Slyusar, director of the United Aircraft Corporation, a Rostec subsidiary, said at the Checkmate’s unveiling in July that the company aims to offer the aircraft for sale by 2026.

The UAE nearly inked a deal to partner with Rostec to jointly produce Russia’s fifth-generation fighter back in 2017, but that fell through after the Trump administration moved to enable future F-35 sales to Gulf partners.

What’s Next: The Su-75 won’t be airborne until at least 2023, and serious questions remain about Russia’s ability to deliver on the program.

Resnick, who attended Dubai Airshow 2021, also said US officials are seeking further assurances from their Emirati counterparts on how Abu Dhabi intends to keep the F-35’s technology secure.

“I think we’ve been very clear with partners around the world, and this is not specific to the UAE … that untrusted vendors represent a threat to their own security [and] to US security,” she said.

Know More: The UAE participated in a naval exercise alongside Israel, Bahrain and the United States for the first time last week in the latest sign of the emerging regional cooperation to challenge Iran.