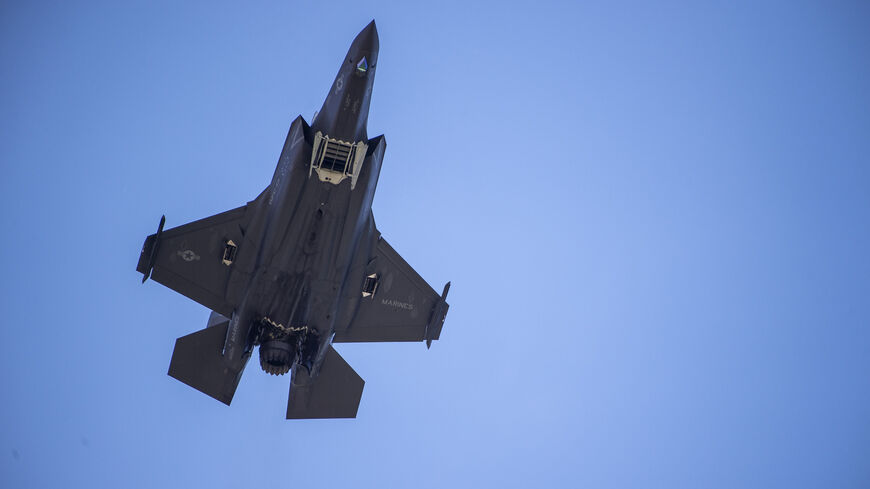 An F-35 fighter plane flies over the White House on June 12, 2019, in Washington, DC. - ERIC BARADAT/AFP via Getty Images

The defense ministry of the United Arab Emirates is expressing continued interest in US-made F-35 stealth fighter jets, despite a recent purchase of French warplanes.

Commander of the UAE’s air force and air defense told state news outlet over the weekend that last week’s deal for 80 French-made Rafale fighter jets was no substitute for the country’s intent to buy Lockheed-Martin’s F-35 Joint Strike Fighter.

“This deal is not considered as an alternative for the forthcoming F-35 deal,” Maj. Gen. Ibrahim Nasser Al Alawi told Emirates News Agency late on Saturday.

Al Alawi was quoted by Reuters as saying the deal was “complementary” to the planned acquisition of up to 50 F-35s, noting that the Rafales were intended to replace the UAE’s fleet of French-built Mirage 2000 fighter jets, which date back to the early 1980s.

The Emirati general’s clarification came after President Macron last week said his country’s 17 billion-euro fighter jet deal with the UAE comes at a time when the Gulf country’s leaders “undoubtedly asked themselves more questions about other historical partners,” in clear reference to the United States.

The F-35 sale was first approved under the Donald Trump administration as a way to encourage the UAE’s leaders to normalize ties with Israel, but the deal’s progress has since slowed.

The Biden administration has said it will go forward with the proposal, but American officials still have concerns about the Emirates’ ability to keep the F-35s secret technology secure. US officials continue to consult with their Emirati counterparts on their “obligations” under the fighter jet sale.

Meanwhile, Russia has been pitching its own stealth fighter jet, the Su-75, to the UAE. The aircraft, billed as Moscow’s answer to the F-35, is expected to be marketable by 2026, according to its manufacturer, state-owned defense conglomerate Rostec.