Many Arab-Israelis disagree with the stance taken by the Joint List against the normalization deal with the United Arab Emirates. 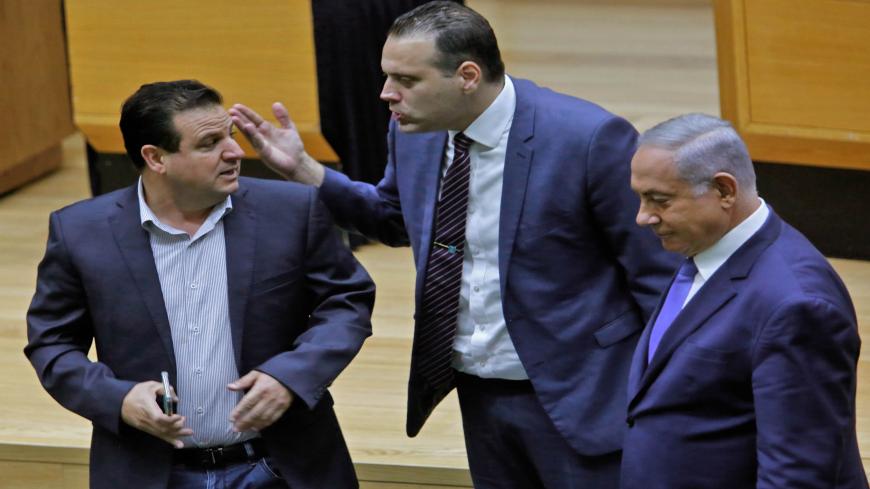 The Knesset approved Oct. 15 the normalization agreement with the United Arab Emirates (UAE) with an overwhelming majority. In the final vote, 80 Knesset members voted in support of the agreement, 13 opposed it — all of them from the Joint List — and 27 chose to absent themselves from the plenum. Now that the agreement has been approved by the Knesset, it will return to the Cabinet for its final approval. It will go into effect once the UAE ratifies it.

One thing that stuck out in the Knesset vote was the unanimous opposition to the agreement by all members of the Joint List who were present in the plenum. Chairman Ayman Odeh was absent due to his infection with the coronavirus, while Knesset member Jabar Asakla missed the vote because he was recovering from surgery. Nevertheless, the party’s public statements before the vote — linking their consent to progress on the Palestinian front — clarified well ahead that they were going to reject the deal. The irony is that their opposition happened just as Arab-Israeli soccer player Dia Saba made history by playing in the opening minutes of the game for Al-Nasr Dubai. Saba would never have been signed by the team were it not for the normalization agreement.

This raises an important question. Does the Joint List’s opposition to the normalization agreement with the Emirates really represent Arab attitudes toward it? The answer, I believe, is a resounding no.

Although the agreement put an end to Israeli plans to annex Palestinian territory and opened Al-Aqsa Mosque to all Muslims arriving via the UAE — something that Prime Minister Benjamin Netanyahu avoids mentioning — I already noted in a previous article that opinions in the Arab public are divided on the issue. Some Arab-Israelis oppose normalization without first resolving the Palestinian issue out of fear that it will perpetuate the occupation and stop the creation of a Palestinian state in the foreseeable future. But there is also a significant number of Arab-Israelis who support the agreement, believing that it will afford them an opportunity to build bridges and establish ties with the Arab world, something that has been denied them until now because of their Israeli citizenship and passports.

In a conversation with Al-Monitor, Knesset member Sondos Saleh of the Joint List explained her opposition to the agreement. She told Al-Monitor, “We are part of the Palestinian people, so we will not support any agreement that would harm the Palestinians, even if it is called a ‘peace agreement.’ I’m here to stay. The Palestinians are here to stay. They aren’t afraid, and they haven’t given up, even after expulsions, oppression and years of violent occupation and military rule. One day the occupation will be over, and peace will come.”

Obviously, the Israeli right would not miss this chance to attack the Joint List for its opposition to the agreement. Likud Knesset member Sharren Haskel told them, “When you vote against [the agreement], you are voting against security and stability in the State of Israel, and against economic growth for Israel’s Jewish and Arab citizens.”

Then there was the reaction by the Derech Eretz faction, made up of Knesset members Zvi Hauser and Yoaz Hendel, who prevented after the last elections Blue and White Chairman Benny Gantz from forming a minority government with the Joint List. They tweeted, “The members of the Joint List are not opposed to a peace agreement with the UAE. They are opposed to a peace agreement with Israel.”

Obviously, the attack from the government benches is hypocritical, and not really motivated by the desire to preserve and advance the agreement with the Emirates. In effect, it is all part of the political exploitation of the vote to attack any future partnership between the Joint List and the anti-Netanyahu camp. It is also part of a larger campaign to delegitimize the Arab vote. After all, in the distant past, more than a few Knesset members from the Likud and other Jewish parties voted against the peace agreement with Egypt, and three Knesset members from the defunct right-wing Moledet party even voted against the peace treaty with Jordan.

Why, then, is it so difficult for Israelis to accept the Joint List’s opposition to the normalization agreement?

Ambassador Daniel Carmon — who also served in Israel’s mission to the United Nations — is familiar with the Israeli-Arab diplomatic arena. Now retired, he is an astound supporter of the UAE agreement, and also of Israeli-Jewish cooperation in the Knesset. Carmon told Al-Monitor, “I was disappointed by the Joint List’s vote against this important agreement with the UAE. Their vote sends a political message that they oppose a process that is absolutely vital to all citizens of Israel, in that it brings Jewish and Arab societies closer together. I do not believe that their vote reflects the real state of mind in the Israeli-Arab street. It just furthers the argument that there is no chance for any political partnership with the Arab parties. Support for this agreement in no way means foregoing a solution to the Palestinian issue. Taken together with the agreements with Egypt and Jordan, and the enormous economic potential it entails, it frees us from the deadlock of the past — and that is a good thing.”

Along with the 13 no-votes from the Joint List, there were 27 Knesset members who were absent from the plenum at the time of the vote. The most prominent of these was former Defense Minister Moshe Ya’alon. He boycotted the vote, claiming that the full scope of the agreement was not shared with the members of Knesset. Isn’t this a vote against the agreement? And if so, why is no one condemning or attacking them? Why is everyone reserving their anger for the Knesset members from the Joint List?

Knesset member Said al-Harumi from the Joint List told Al-Monitor, “There were 80 Knesset members who supported the agreement, 13 who opposed it and 27 who were absent. But the press doesn’t talk about the 27 who walked out before the vote, even if some of them had already addressed the plenum about it. They preferred not to support the agreement, and they expressed that by leaving, which is a form of taking a position."

Harumi also refers specifically to the vote of the Joint List. "It is worth remembering that the agreement presented to the Knesset was just an outline and not the real agreement with all of its addenda, which is being kept secret. Since what was released is an agreement based on President Donald Trump’s vision for the Middle East, and that vision is based on the 'deal of the century.' What it means is perpetuating Jerusalem’s status as the capital of Israel and continuing the occupation in those sites sacred to Muslims and Christians, along with the transfer of the Triangle. That is why we cannot support this agreement," he concluded.