Hamas is investing in Iranian support as it scrambles to reset its strategy as a result of the latest normalization agreements with Israel in the region. 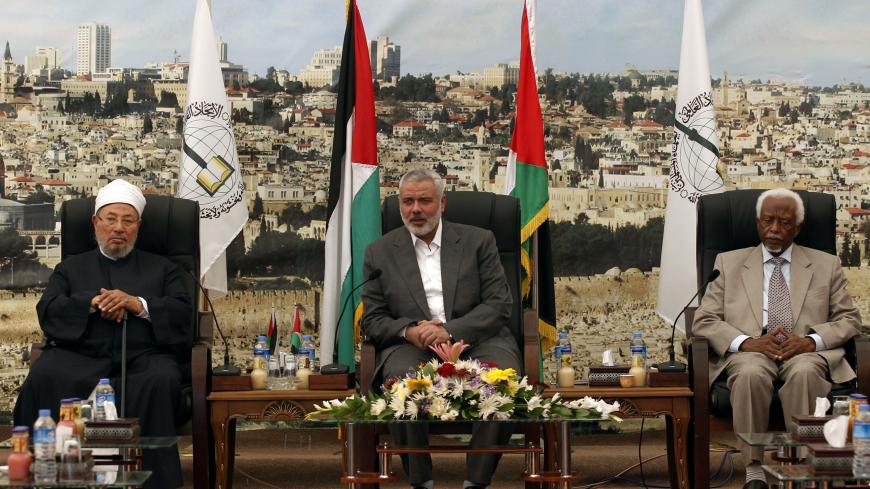 As the United States and the United Arab Emirates (UAE) look to Sudan as possibly the next Arab country to sign a normalization agreement with Israel, Hamas is hoping that Khartoum will stay true to its support for the Palestinians.

The United States is presently negotiating Sudan’s removal from its designation as a foreign terrorist organization.

Sudan’s designation as a state sponsor of terrorist groups dates back to when Osama bin Laden set up shop there in the late 1990s, leading to US attacks on al-Qaeda assets in 1998. In those days, Sudan also emerged as one of the few friends of the Palestinian Islamic Resistance Movement, or Hamas.

From the outset of its founding in 1987, Hamas’ ideological links to the Muslim Brotherhood gave it access to the widespread organization’s network across both the Arab and Muslim world. Its launching was to many Islamists in the region a dream come true, given the fact that the Palestinian resistance movement had been dominated by leftists and seculars who gave the struggle a nonreligious narrative and posed a barrage of accusations to the Palestinian Islamic movement in regard to its commitment to the cause.

Among those who embraced the newly rising group was Sudan, which witnessed in 1989 a coup by pro-Muslim Brotherhood army officers. Over the years, Sudan was transformed into a regional base for Hamas, where many of the group members resided and were offered Sudanese passports they could travel with. Sudan’s alliance with the Palestinian group exposed it to foreign pressure and on some levels to military strikes, due to allegations that its territories were used to transport weapons to the Gaza Strip.

Unconfirmed reports stated that a Hamas operative was killed in a January 2009 airstrike in Sudan. He was said to be the successor of Mahmoud Mabhouh, another senior Hamas commander who was killed in the UAE in January 2010.

A decade later, Sudan’s President Omar al-Bashir was toppled and replaced with a provisional administration that is now part of an ongoing US effort to reach a normalization agreement with Israel — just a few weeks after the UAE and Bahrain signed normalization deals with Israeli Prime Minister Benjamin Netanyahu in Washington.

Israel’s interest in Sudan isn't just about getting new Arabs to its side in the region, although that’s clearly a prize. It is also denying a group such as Hamas a vital corridor that bridges the distance between Gaza and its main weapons provider, Iran.

There were reports that Sudan asked members of the group to leave the country, though Al-Monitor’s sources said no such steps were taken by the authorities in Khartoum.

“Sudan has never failed us in Palestine at any level — the resistance level, political level, diplomatic level — so therefore, definitely we feel the pain for what is happening on the foreign relations level in that beloved country,” Khaled Kadoomi, Hamas representative in Tehran, told Al-Monitor in an exclusive interview.

Kadoomi explained that his movement believes the people in Sudan are against any normalization of ties with Israel and that previous examples — Egypt and Jordan — prove that not only these countries suffered on all levels because of ties with Israel, but the majority of citizens refused to engage in such policies.

Hamas is no doubt rethinking its regional strategy. It has found a friend in Turkish President Recep Tayyip Erdogan, who last week brokered a road map for long-elusive unity with Fatah, the West Bank-based party of President Mahmoud Abbas. The devil is in the details, as the Palestinian movement and the region remain in flux, grappling with the costs and benefits of normalization, holding onto to the 2002 Arab Peace Initiative or doubling down on "resistance," championed by Iran and to an extent by Erdogan.

“I think that this so-called normalization of relations is by itself — aside from our own opinion — against the United Nations’ resolutions and against the so-called Arab initiative that promotes the two-state solution,” Kadoomi noted, hinting that the main question asked not only in the Arab world but also in Israel is “what is the value of those states? … The Israeli opposition itself is asking Netanyahu what is the geopolitical weight of the UAE or Bahrain? And if it’s about business, the Israeli intelligence minister mentioned that between $4 billion and $5 billion will be exchanged between the UAE and Israel within the next five years. Iran's trade with the UAE is more than $13 billion annually."

Kadoomi played a major role along with other Hamas officials in bridging ties between Tehran and the organization following the rift over the crisis in Syria.

He said that Iran is the top provider of support for his movement, in terms of logistics and weapons. “It is holistic support. It's not only about logistic and weapons — which is the backbone of our resistance — but we are partners. We are now facing a common enemy and we are together creating new means to overcome all the obstacles. We will surprise them — we will surprise them more than they ever thought. Our strategy is to defend our own people and to return the legitimate rights of our nation. The Iranian brothers promised to continue their support to us, because it is their battle too. And Israel is a declared enemy to Iran also,” Kadoomi added.

In regard to the types of weapons Hamas received from Iran recently, Kadoomi said, “It is not only about the Fajr missiles — which is no longer a secret — not about how Gen. Qasem Soleimani and his team transferred the technology inside Palestine. Today we have a common enemy and we have no option but to advance our expertise and technologies in order to achieve our objective. We will overcome all obstacles.”

Overcoming these obstacles means coordinating with “members of the resistance axis,” according to Kadoomi. While mentioning Iran and Hezbollah along with other Palestinian groups, he stressed, however, that as part of this strategy there are efforts to reconcile with Syria, though nothing concrete has been achieved. “In general we have the same stance vis-a-vis Palestine, all of us in the resistance axis, we are solving all our minor differences. It is no secret that Israel is also contributing to the crisis situation in Syria and in other countries  [in the region]. So we are all facing the same enemy,” he said.

The Hamas officials highlighted that meetings between Hamas and Fatah in Beirut on Sept. 3 and in Istanbul on Sept. 22 resulted in a new plan to “reform the PLO and launch a popular resistance movement — or let’s say a committee to oversee activities, social and public events that are aimed at the enemy and carry the goal and objective of liberation.”