The Takeaway: US should keep embassy open in Iraq despite risk, says Ryan Crocker

Former ambassador to Iraq says US needs ‘strategic patience’ in support of prime minister; Netanyahu under siege over COVID; Palestinians ready for international conference after US elections, even if Trump wins; Hamas counting on Iran and Sudan. 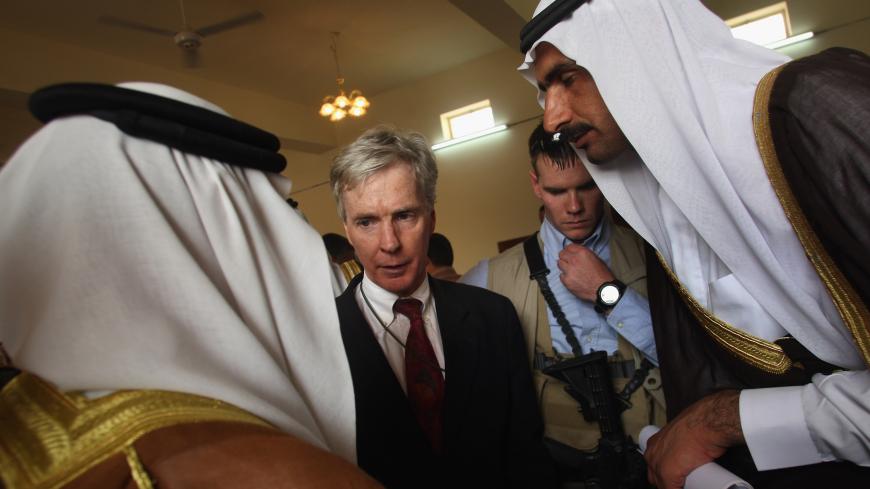 Crocker says closing US Embassy in Baghdad would be 'incredibly irresponsible'

Former US Ambassador to Iraq Ryan Crocker says it would be “incredibly irresponsible” for the United States to shut down its embassy in Baghdad despite continued attacks from Iran-backed militias, and the United States should focus on finding ways to support Prime Minister Mustafa al-Kadhimi.

Background:  Last month, US Secretary of State Mike Pompeo reportedly told Iraqi President Barham Salih that the United States would consider closing down its embassy if attacks by these militias, called the Popular Mobilization Units (PMU), continued. PMU backed by Iran are “the single biggest problem in Iraq,” according to Assistant Secretary of State for Near Eastern Affairs David Schenker. Last December, the United States killed Islamic Revolutionary Guards Corps Quds Force Commander Qasem Soleimani following earlier attacks on the US Embassy in Baghdad and a rocket strike on a military base near Kirkuk that killed an American in December 2019.

Risk comes with the job.  Crocker said diplomats need to be in countries in conflict alongside their “brothers and sisters in uniform.” Crocker’s own career has included high-pressure, high-risk, high-priority assignments, including as ambassador to Iraq and Afghanistan, as well as Syria, Kuwait, Lebanon and Pakistan.

‘Strategic patience’  Crocker said the United States should practice “strategic patience” in Iraq and the region, especially when the it has a partner in Iraq like Kadhimi.

Leaving Iraq would send a terrible signal to US allies and partners in the region, who would further question America’s staying power and commitment, he said.

Instead of strategic patience, Crocker characterized the Trump administration’s approach as “belligerent minimalism” —  spouting “fire and brimstone” as you head toward the exit.

Listen for more:  You can check out my podcast with Ryan Crocker here, which includes discussion of how Crocker sees US policy toward Iran, Syria and the region, as well as why he backs former Vice President Joe Biden for president.

Netanyahu: stubborn under siege over COVID

Israel may be approaching a political crisis as demonstrations have expanded against Israeli Prime Minister Benjamin Netanyahu for mismanagement of the COVID-19 pandemic. Infections continue to soar, and the economy is slumping as a consequence of the pandemic.

For weeks, hundreds of thousands of protesters have taken to the streets, including outside Netanyahu’s home, demanding change. Netanyahu’s response has been to blame state institutions, including the police, a counterpunch linked to the scheduled January court hearing on corruption charges against him.

Black Flag thumps Blue and White:  The Blue and White party, which entered a unity agreement with Netanyahu’s Likud in May, has also taken a hit in the protests. The former opposition party is now part of the state, and so it shares blame for the consequences of its policies. And then there’s the so-called Black Flag movement, a pro-democracy, anti-government effort that has Blue and White’s number, as Mazal Mualem writes:

“A large part of the credit for undermining the unity government under Netanyahu goes to the Black Flag movement. This movement was founded last March by four siblings after the third set of elections. It is amazing to see how a small, familial protest movement succeeded in gaining so many fans and so much public strength. One example is the weekend of Oct. 3, when Black Flags succeeded in spurring tens of thousands of Israelis, young and old alike, to leave their homes and protest despite the lockdown limitations.”

No retreat:  “Netanyahu does not seem to be planning a retreat, nor do his opponents,” concludes Ben Caspit. “His rival/partner Blue and White party is being held hostage in the largely crippled “unity” government formed in May and no logical solution appears in the offing. President Reuven Rivlin’s prophecy of several years ago that Netanyahu would take the state with him if he goes down is coming true in front of our very eyes.”

Palestinians ready to talk peace after US elections, regardless of winner

Majdi Khaldi, senior diplomatic adviser to Palestinian President Mahmoud Abbas, told Al-Monitor that an international peace conference should take place in early 2021, as soon as possible after the US presidential elections, reiterating the offer made by Abbas in his speech to the UN General Assembly last month.

Abbas has been dismissive of Trump’s “Peace to Prosperity” plan as biased toward Israel, and critical of Israel’s normalization agreements with the United Arab Emirates and Bahrain, which he sees as undercutting the Arab League consensus in support of a two-state solution as outlined in the 2002 Arab Peace Initiative.

Ready to talk:  “We are open to dealing with whoever is elected as president of the United States,” said Khaldi in an exclusive interview with Daoud Kuttab.

“We are ready to attend an international conference in coordination with the Quartet (the United States, Russia, the EU and UN), and we would agree to that as soon as the elections are over — regardless of the winner. We want to have this conference in early 2021 after the inauguration of the new (US) president,” added Khaldi.

Keeping up contacts:  “Contact with members of Congress from both parties has never stopped,” Khaldi said. While there have been no direct contacts with the campaign team for former Vice President Joe Biden, Khaldi is slightly more optimistic if Biden wins.

Lip service:  “The United Arab Emirates (UAE) has been negligent to the Palestine cause, and they didn’t even bother to coordinate with us before they made their move," said Khaldi, who dismissed UAE claims that its agreement with Israel postponed Israeli plans to annex parts of the West Bank.  “It was lip service, and it has since proven to be false,” he added.

Our take:  If Biden wins the election, it’s hard to envision the new administration ramping up in time for a conference in spring 2021, but who knows. A second Trump administration would be predisposed at the outset for a quick start. The Palestinians are hoping the EU, UN and Russia would develop a plan that could crowd out the Trump plan as the baseline for talks.

Read more:  You can read Daoud’s interview with Khaldi here.

Hamas, the Islamic resistance movement that rules Gaza, is also reassessing its strategy in the wake of Israel’s normalization agreements with the UAE and Bahrain. One angle involves unity talks with President Abbas and other factions in the West Bank. Hamas also sees a potential ally in Turkish President Recep Tayyip Erdogan, who brokered a framework for unity talks among the Palestinians.

And Iran and Sudan continue to provide support to Hamas, the group says.

‘Sudan has never failed us.’  Khaled Kadoomi, Hamas representative in Tehran, in an exclusive interview with Ali Hashem, said that Hamas is hoping Sudan will stay true to its support of the Islamic resistance group and not normalize relations with Israel.

“Sudan has never failed us in Palestine at any level — the resistance level, political level, diplomatic level — so therefore, definitely we feel the pain for what is happening on the foreign relations level in that beloved country,” Kadoomi said.

Iran provides ‘holistic’ support to surprise enemies.  Iran’s support is “holistic,” Kadoomi explained.  “It's not only about logistic and weapons — which is the backbone of our resistance — but we are partners. We are now facing a common enemy, and we are together creating new means to overcome all the obstacles. We will surprise them — we will surprise them more than they ever thought. Our strategy is to defend our own people and return the legitimate rights of our nation. The Iranian brothers promised to continue their support to us, because it is their battle too.”

Read more:  Read Ali Hashem’s interview with Kadoomi here, and Jared Szuba’s article here on US and other efforts to get Sudan to agree to normalization with Israel. 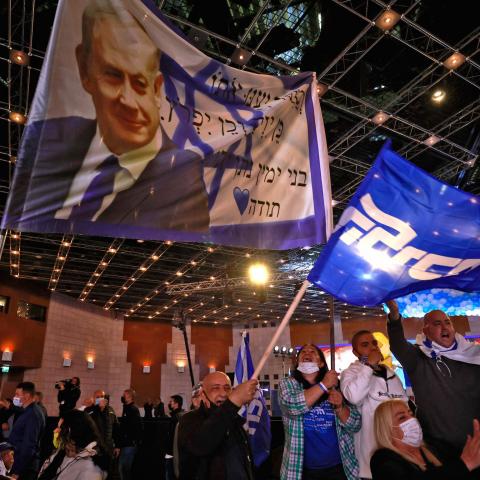