Sudanese authorities have seized what they say are Hamas assets in the country, which for years has been considered its main backer. 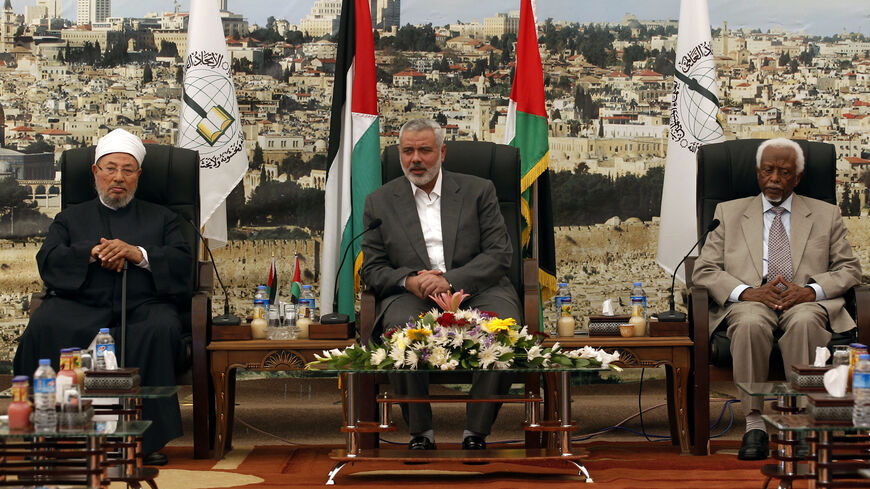 The Palestinian Hamas movement was dealt another heavy blow when Sudanese authorities announced the seizure of assets that provided support for the movement.

Less than two months ago, a Saudi court sentenced 69 Palestinians and Jordanians to up to 22 years in prison. The prisoners, who had been residing in Saudi Arabia for years, were convicted of belonging to an illegal organization — Hamas — and of providing financial support to Palestinian charities.

On Sept. 23, Reuters quoted an official at the Committee to Dismantle the June 30, 1989 Regime and Retrieve Public Funds as saying, “Hamas investments in Sudan began with small-scale ventures such as fast-food restaurants before venturing into real estate and construction.”

The source gave as an example the investment firm Hassan and Al-Abed, which started as a cement company and expanded into large real estate developments.

“Many Hamas-affiliated figures went to Turkey with some liquid assets but left behind about 80% of their investments,” the official added.

The Palestinian Al-Quds newspaper quoted a well-informed Palestinian source as saying the crackdown “began more than seven months ago, and gradually increased so as to include the arrest of Palestinian businessmen, academics and students, mostly from the Gaza Strip, and others who had arrived in Sudan after emigrating from several countries such as Syria, Lebanon and others.”

Prior to his visit to Washington in 2019, Sudan’s Prime Minister Abdalla Hamdok signed a law designed to dismantle the regime’s institutions that were supporting Hamas and other organizations under the cover of charity work.

In December 2020, Sudan revoked the citizenship of Hamas’ political bureau chief Khaled Meshaal, which he obtained from ousted President Omar al-Bashir. Bashir and Meshaal met several times in Khartoum during Bashir’s rule. Relations between Bashir and Hamas date back to 1996 and took off after the Palestinian movement took control of the Gaza Strip in 2007.

Sudan has always been an important country for Hamas, as since it was the main passage for the transfer of arms into the Gaza Strip.

However, relations between the two soured after the Sudanese Ministry of Foreign Affairs announced that it was normalizing relations with Israel. The move followed the US decision to remove Sudan from the list of state sponsors of terrorism after Khartoum agreed to pay $335 million to US victims and families of terror attacks.

In a Sept. 24 statement, Hamas denied having investments in Sudan and refuted reports about the confiscation of assets.

Hamas said the assets reported in the media belong to Palestinian businessmen and investors who have no organizational connection with the movement. The movement called on Hamdok and the head of the Sovereignty Council of Sudan, Lt. Gen. Abdel Fattah al-Burhan, to personally intervene to stop the abuse of Palestinians by confiscating money they acquired legally.

Palestinian Civil Affairs Minister Hussein al-Sheikh tweeted Sept. 25, “We hope that the state of Sudan hands over the confiscated movable and immovable assets to the state and government of Palestine. The Palestinian people are much in need of these funds, especially our great people who are under siege in Gaza.”

Deputy head of Hamas' political bureau Mousa Abu Marzouk said Sheikh was exploiting the issue to stir up trouble. He also tweeted Sept. 25, “What happened in Sudan is an internal issue to attract US support for the civilian institution of Hamdok’s government at the expanse of the military one.”

Atef Adwan, a Hamas representative on the Palestinian Legislative Council, told Al-Monitor, “Sheikh rushed to comment on the Sudanese decision to confiscate Hamas’ funds before verifying if the report was true or not, and made an illogical proposal to hand them over to the Palestinian government. There are many Palestinian factions around the world that have financial capabilities to support [Palestinians] at home.”

“How can Sheikh make this proposal? Hamas denied having anything to do with these funds and confirmed that these funds belong to Palestinian individuals unaffiliated with it. Sheikh proved that he lacks respect for the Palestinian factions and people by claiming that the money is for the Gaza Strip,” he added, pointing out that the PA itself stopped financially backing Gaza.

Adwan stressed, “Investigations are underway. Director of Sudan's General Intelligence Service Jamal Abdul Majeed announced that the preliminary investigations … indicate that Hamas has nothing to do with this issue so far.”

Commenting on whether the Sudanese measure is related to Khartoum's removal from the terror list, Adwan said that Arab countries such as the United Arab Emirates have an interest in avoiding support for the Palestinian resistance.

Hussam al-Dajani, a professor of political science at al-Ummah University, told Al-Monitor, “The Sudanese authorities’ decision to confiscate funds for Hamas is key to the White House and improving relations with the United States, even though Khartoum is aware that Hamas has no assets or direct investments” in Sudanese territory. “There may be some contributions from businessmen who may be close to Hamas,” he added.

“The Sudanese judiciary is impartial, and … should handle the issue as long as these investments do not violate the Sudanese law and are registered, which serves the Sudanese economy,” Dajani said.

Ibrahim Ibrash, a professor of political science at Al-Azhar University in Gaza, told Al-Monitor, “Sudan’s confiscation of these assets will negatively affect Hamas, which relies mainly on three countries for support and funding, whether material, military or media, namely Sudan, Qatar and Turkey.”

He added, “Hamas’ loss of the Sudanese arena will also affect the movement’s media and cultural centers there. Many children of Hamas figures and other Palestinians pursued their studies at Sudanese universities, and this [policy] will affect them as well.”

Ibrash pointed out that Hamas and other Palestinian factions have always invested in the names of individuals across the world through the Palestine Liberation Organization, he added.

Ibrash added that Hamas turning to Iran “would be embarrassing for the movement because Iran itself is under siege and sanctioned by the US.”

He added, “Should Hamas invest in Iran, it would be subject to the same measures imposed it — though Iran could agree to compensate Hamas financially.” But he ruled out this possibility, saying Iran will not risk its own national security.

Ibrash said, “What happened to Hamas in Sudan is part of a general policy in the Arab region among states seeking normalization with Israel. Those who normalize ties with Israel cannot finance movements accused of terrorism.”

He added, “One of the conditions for normalization and improving relations between Sudan and Israel is that Sudan does not finance groups that support terrorism or are against Israel. These clauses are found in all normalization agreements signed with other Arab countries, even with Jordan and Egypt.”