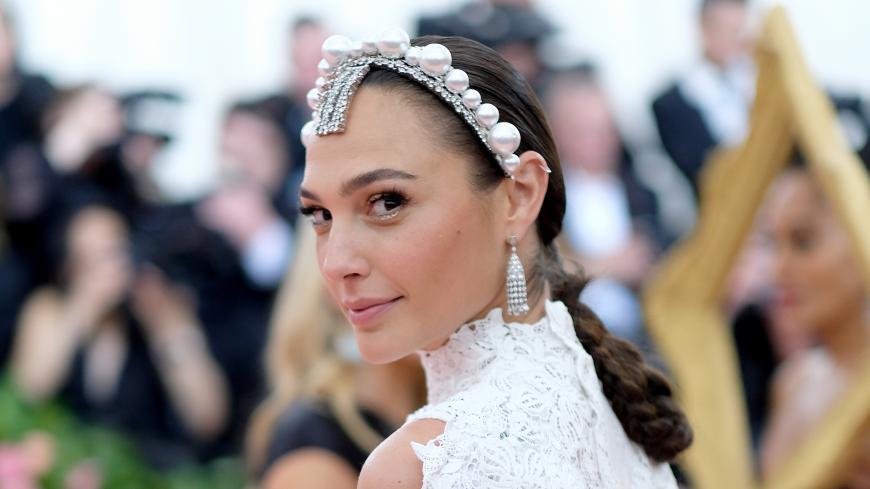 Gal Gadot attends The 2019 Met Gala Celebrating Camp: Notes on Fashion at Metropolitan Museum of Art on May 6, 2019, in New York City. - Dimitrios Kambouris/Getty Images for The Met Museum/Vogue

Gal Gadot, the Israeli star of "Wonder Woman" fame, ignited a storm of controversy in Egypt on Oct. 11 when she announced she is once again teaming up with "Wonder Woman" director Patty Jenkins in a new historical film that tells the story of Cleopatra, the legendary queen of Egypt.

The two women are set to produce the biographical drama — Gadot's brainchild — for Paramount. Jenkins directed Gadot's 2017 "Wonder Woman" film based on the American comic superhero of the same name as well as its sequel, “Wonder Woman 1984," expected to be screened in the coming months. Laeta Kalogritis, who wrote the screenplay for Leonardo Di Caprio's "Shutter Island," scripted the new film.

“Cleopatra is a story I’ve wanted to tell for a very long time,” Gadot wrote on Instagram, “Can't be more excited and grateful.” She also said that her Cleopatra story would be told “from a woman's point of view.”

“And we are especially thrilled to be announcing this on the International Day of the Girl. We hope women and girls all around the world who aspire to tell stories, will never give up on their dreams and will make their voices heard by and for other women,” Gadot tweeted.

But many Egyptians do not share her enthusiasm. Sayyed Ali, presenter of Al Haddath El Youm show on the privately-owned Mehwar Channel, lashed out at Israel, calling it “a state of thieves.” Mahmoud Kassem, a film critic who was interviewed on Ali’s show, complained that while a lot of money was being spent on Egyptian TV and cinematic productions, only a handful of these offer viewers insight into the country’s rich history. “For Egyptian filmmakers and producers, our history begins with the Islamic Conquest. They have ignored the Pharaohnic and Coptic eras as if those never existed,” he said

He told Al Monitor,“The Israelis are trying to deceive the public by claiming Cleopatra as their own. First, they claimed that falafel and hummus are Israeli; they aren’t. Then came the allegation that the Israelis built the Pyramids; they didn’t. And now, it’s Cleopatra, what next?”

Gadot’s announcement also sparked wide controversy on Egyptian social media, with some Twitter users wishing an Egyptian actress like Sawsan Badr had been selected for the role. Others argued that the ancient queen was in fact of Macedonian-Greek origin although she was born in Egypt.

“Let us understand that Cleopatra was of Greek heritage,” noted one Twitter user who goes by the name of @Nirvanic.

“She traced her origins to the Ptolemaic Kingdom that lasted for nearly 300 years. Ptolemy I was a general in Alexander the Great's army. … After Alexander died, he declared himself Pharaoh and Egypt became a major migration center with the Greeks as the ruling elite," he wrote.

The Ptolemaic Kingdom was an ancient Hellenistic state based in Egypt with Cleopatra as its last queen. Famous in both drama and history as the lover of Julius Caesar and later the wife of Mark Antony, Cleopatra remained Macedonian but was the only Ptolemaic ruler to learn to speak Egyptian and make an effort to know the Egyptian people and their customs. She became queen when her father died and ruled successively with her two brothers and her son. She is widely believed to have committed suicide after the Roman armies of Octavian (later to become Emperor Augustus) defeated her and Antony's combined forces.  The Ptolemaic Kingdom, the longest and final dynasty in ancient Egyptian history, eventually fell to the Romans after her death.

Some users like @theafronerd complained that “white people keep casting [other] white people to play Cleopatra and ancient Egyptians.” Cleopatra is believed by some to have been a woman of color.

Clearly bewildered by the casting of an Israeli actress for the iconic role, Egyptian Twitter users argued that it was not for lack of Egyptian talent.

“You could have saved money on the makeup,” read one sarcastic headline by the news site Vetogate. The article quoted social media users as saying that Egyptian actress Sawsan Badr should have been selected for the role because of her strong resemblance to the ancient queen.

"Does [Gadot] deserve to play this role instead of an Egyptian actress? Our history is being stolen before our eyes,” lamented another.

Not surprisingly, politics also featured in the social media discussions about the film.

"The former recruit in the colonialist, Zionist Occupation Army is set to play Cleopatra. It is worth noting that [Gadot] was on the side of the Zionists during the bombing of Gaza," read one resentful tweet.

Gadot, a former Miss Israel, is no stranger to controversy. She caused quite a stir in August 2014 when she posted a message of support for the Israeli Defense Forces on Facebook as Israel was attacking Gaza with airstrikes in retaliation for Hamas' kidnapping and murder of three Israeli teenagers some weeks earlier. The military operation launched by Israel on July 8, 2014, was the deadliest in decades, resulting in thousands of deaths, the majority of which were Gazan civilians.

"I am sending love and prayers to my fellow Israeli citizens. Especially to all the boys and girls who are risking their lives protecting my country against the horrific acts conducted by Hamas, who are hiding like cowards behind women and children. We shall overcome!" she had written alongside a picture of herself praying with her daughter.

Egyptian archaeologist Monica Hanna also expressed her disapproval, saying, "Hollywood ought to show greater sensitivity when dealing with other cultures and civilizations."

"Politics aside, the Israeli actress' casting is disrespectful to Egyptians, who were not consulted on the script or on the making of the film. Saying that our heritage is a global heritage for all to share is a colonialist phrase that is often used to appropriate other people's heritage,” she told Al-Monitor.

Despite the criticism, it appears that Gadot is eager to take on the mantle of the title actress in the historical biopic, a role made famous by Elizabeth Taylor in Joseph Mankiewics's 1963 classic "Cleopatra." Taylor's film won four Academy Awards from among the nine it was nominated for: Best Cinematography, Best Visual Effects, Best Production Design and Best Costume Design.

“While we as Egyptians are proud of our history, we don't own our historical figures. Anyone anywhere has the right to tell the Cleopatra story from their perspective as long as they do not distort historical facts,” he told Al-Monitor. "Instead of complaining about the Israeli actress' casting, Egyptian filmmakers should produce their own version of the film and tell the world the stories of our great ancestors," he said.