Controversy prevailed in Egypt and Arab countries over the film "Death on the Nile" starring Gal Gadot. 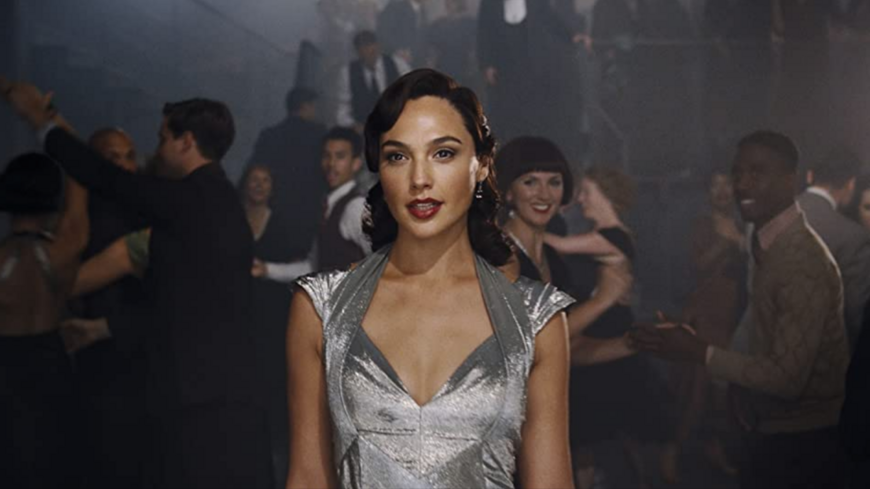 Gal Gadot appears in a scene from "Death on the Nile." - IMBD

CAIRO — The film “Death on the Nile” has sparked controversy over the past few days, after it was shown in Egypt and several other Arab countries, amid social media calls to ban its screening because it stars Gal Gadot, a former soldier in the Israeli army, arguing that this paves the way for cultural and artistic normalization with Israel.

The film, which is based on the 1937 novel by Agatha Christie, has been in Egyptian theaters since Feb. 9, despite all the uproar. On Feb. 10,  "Death on the Nile" opened in Saudi theaters.

“Belgian sleuth Hercule Poirot's Egyptian vacation aboard a glamorous river steamer turns into a terrifying search for a murderer when a picture-perfect couple's idyllic honeymoon is tragically cut short,” the film plot reads.

"Death on the Nile" is a sequel to "Murder on the Orient Express,” released in November 2017, based on a Christie novel as well.

Controversy prevailed on Egyptian social media after the "Death on the Nile" trailer was released in late 2021 because it stars Gadot, along with Armie Hammer, an actor previously accused of rape.

Egyptian art critic Magda Khairallah told Al-Monitor that she rejects the concept of “banning a film” in general, noting, “The audience can still [find a way] to watch the film even if it is not shown in theaters.”

She said, “Gadot has starred in other films that were shown previously in Egypt and Arab countries, not to mention the many other Hollywood stars who were born and lived in Israel. Viewers do not focus on the actors' nationality.”

Khairallah added, “A ban is an illusion,” because other sources are available to the public.

On the other hand, other Arab countries such as Lebanon banned the film because it starred Gadot.

In response to the Lebanese ban, Israel Arabic official Twitter account posted Feb. 16 a cartoon criticizing the ban in Lebanon, while it is being shown in the “newly opened” Saudi cinemas. The post said that “boycotting films serves Iran.”

The Kuwaiti Ministry of Information also banned the film in response to social media calls. In 2017, Kuwait had banned the screening of “Wonder Woman” for starring Gadot as well.

Gadot has been criticized for her outspoken support for Israel, including during the Israeli bombing of the Gaza Strip in 2014. Gadot wrote on her Facebook account back then, “I am sending my love and prayers to my fellow Israeli citizens. Especially to all the boys and girls who are risking their lives protecting my country against the horrific acts conducted by Hamas, who are hiding like cowards behind women and children. … We shall overcome!!! Shabbat Shalom!”

In Jordan, activists on social media launched the hashtag #BantheZionistMovie, calling on the Jordanian authorities to stop showing "Death on the Nile" in Jordanian theaters, in support of the Palestinian cause.

Jordanian journalist Yasser Abu Hilalah tweeted Feb. 17, “#BantheZionistMovie; a former soldier who served in the occupation army means that she killed our people and desecrated our sanctities.”

However, the Jordanian Media Commission refused to ban the film, noting that “it does not violate the legislation regulating the commission’s work, and it was approved in Jordan after the homosexual scenes were censored,” Ammon News reported Feb. 17.

General Director of the Media Commission Tariq Abu al-Ragheb was quoted as saying, “The film’s content does not affect religious or general Arab issues, including the Palestinian cause. The nationality of the actors and their religious and political beliefs cannot be linked to any film.”

He said, “Four of Gadot’s films have been shown in Jordanian theaters and no one ever complained, not to mention that this film's plot is not political at all.”

In a Feb. 15 statement, the Egyptian Conservative Party praised the position of the Arab countries that banned the film and their absolute rejection of normalization with Israel at all levels.

The party stressed its appreciation for the voices of the Arab peoples and their rejection of Israel's attempt to extend its arms inside the Arab world, calling on Arab governments to reject Israel's practices and violations and draw the world's attention to the just Palestinian cause.

Meanwhile, some believe that international films that show Egyptian monuments benefit the tourism sector and are considered positive publicity for Egypt.

Khairallah stressed the importance of “the Egyptian authorities allowing filmmakers to shoot in Egypt because this gives global publicity to Egyptian monuments and landmarks, which contributes to encouraging tourism and luring foreigners to visit Egypt, not to mention the fees Cairo can charge for shooting film in the country.”

However, "Death on the Nile" was not shot in Egypt, but rather in Surrey, England. The film's director, Kenneth Branagh, said that replicas of Egyptian monuments used in the film were built in England, such as the Temple of Abu Simbel, the Temple of Aswan and the marketplace.

To make up for the lack of Nile water in England, Branagh said a very large water tank was built for the ship to float in, and they chose the sunniest days in England to shoot.