For Arab youth, the future is in the Gulf

The most recent Arab Youth Survey shows the United States is gaining ground on Russia and China as perceived "allies." 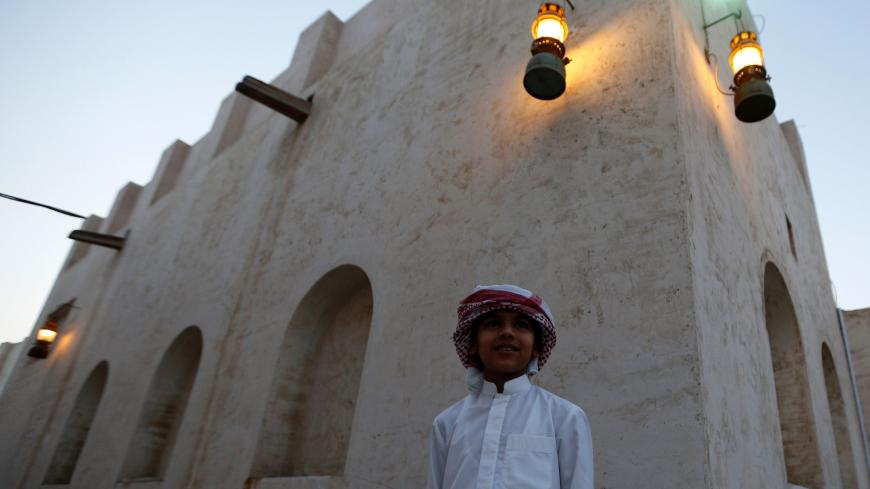 An Emirati boy stands in front of traditional houses on April 10, 2016, during the Sharjah Heritage Days festival at the Heritage Area in the United Arab Emirates. The UAE comes off well in a new survey of Arab young people conducted by a Dubai public relations company. - KARIM SAHIB/AFP via Getty Images

The 2020 Arab Youth Survey, published by the Dubai public relations company acdaa-bcw, came out this week, and it’s a drop-everything must-read about the trends shaping the Middle East.

Despite the prevalence of war, protest, pandemic and economic crisis, Arab youth, defined as aged 18-24, have embraced realism, not ideology, in their view of the region.

As Afshin Molavi writes in the report, if there is an "-ism" in play here, it’s pragmatism. There is no traction among youth for grandiose schemes of Arab nationalism, Islamism, nonalignment or socialism, as may have been the case decades ago.

The watchwords are instead jobs and anti-corruption, and the hope of a better future: good governance, simply put.

And when asked which state is getting it right, the answer, overwhelmingly, is the United Arab Emirates, while among outsiders, the standing of the United States, while gaining ground, still trails China and Russia in the hearts and minds of Arab youth.

Taking it to the streets

The oldest of the Arab youth cohort would have been born in 1996. This means they missed the Iranian revolution and the Iran-Iraq war, the Egyptian and Jordanian peace agreements with Israel, the first Palestinian intifada, and the Lebanese and Algerian civil wars, and probably have only the vaguest memories, if any at all, of Saddam Hussein’s tyranny in Iraq and his overthrow in 2003 or the second intifada, to name just a few of the seminal events that shaped the region.

This cohort’s formative memories are instead of the Arab Spring uprisings of 2011, the wars in Syria, Yemen and Libya, the coronavirus pandemic, and governing elites who seem to be doing more than fine themselves and stay in power for really long periods of time, but are unable to provide jobs, pick up the trash or keep the electricity running for the citizens they supposedly serve.

The social safety net in Arab states has too many holes, compounded these days by low oil prices and COVID-19, making a bad and volatile situation that much worse.

A report from the International Monetary Fund (IMF) last month found that while Middle Eastern states may be spending more on education, health and social services, the inefficiency of state institutions has contributed to a lag in progress relative to other regions.

For its youth, the overall experience of the Arab state has been a flop. The isms and causes of previous generations don’t resonate and therefore can’t provide an excuse, or distraction, for the failures of leadership.

The sorry state of the Arab state has sparked an expansive and brave activism among youth that is not limited to social media, although it’s there, too.

More tellingly, this generation, which grew up on the Arab Spring, takes its message to the streets, and is not letting up, despite the COVID-19 pandemic, as Azhar al-Ruabie reports from Iraq.

The protests in Iraq, Sudan, Lebanon and Algeria have widespread support (between 82-89%) among the Arab youth in those countries. The survey found that 86% of youth in Libya, and 56% in Yemen and Tunisia, don’t rule out protests in their countries to drive change.

In Sudan, many of the key parties signed the Juba agreement this week, hoping to bring years of conflict and instability to a close, as Baher al-Kady reports, and Iraq now has a prime minister, Mustafa al-Kadhimi, who is moving carefully on a program of reform in response to the protests.

Arab youth also overwhelmingly believe in gender equality and the place of women as equal to men in the work force. Nonetheless, as Mina Al-Oraibi points out, institutional barriers still need to be broken down, and COVID-19, at least in the short term, has disproportionately affected women.

Losing their religion? Yes and no

Religion is still a cornerstone of identity for Arab youth, especially in North Africa, but the overall trend is away from religiosity and religious institutions, as Ali Mamouri has written in his coverage of Iraq.

The survey says 40% of Arab youth cite religion as central to their identity, with 19% listing tribe, 17% nationality and 7% Arab heritage.

The ratio for religion is much higher in North Africa (61%) than in the Levant (29%) and the Gulf (27%), and most youth believe religion plays too big a role in the lives of the region and that religious institutions need reform.

An entrepreneurial and digital future

The message of the protests carried by Arab youth convey optimism. They want change, but the demands are rooted in realism, not ideology. This is a trend toward good governance, jobs and a future involving a larger role for the private sector. The survey indicates an increased interest in entrepreneurism and the digital economy. A separate IMF report last month discussed how digital solutions can advance small business in the region.

The UAE is again the most popular country among Arab youth, with 46% saying that’s where they want to live, compared with 33% listing the United States as their preferred destination. The UAE gets the nod for job opportunities, safety and salaries.

The survey took place before the UAE normalized ties with Israel, but the guess here is that that decision is unlikely to dent the positive perception of the Emirates among youth. The Palestinian issue still holds sway in Egypt, Jordan and Lebanon as a top foreign policy priority, not so in the Gulf, where concerns about Iran dominate, according to polling by David Pollack of the Washington Institute for Near East Policy last year.

US makes up some ground against Russia and China

China doesn’t even register in influence, although it ranks second to the UAE (21% and 20%) in leadership in dealing with COVID. The United States comes in at 6%,

A revolution rooted in governance, not ideology

Given the numerous challenges in the region, the attitudes of Arab youth are cause for optimism. Another clear finding is that the UAE and the Gulf increasingly reflect the model of secure and entrepreneurial states that capture the imagination of the region’s youth for a better future.

There is no ideological cast to the demands of young people for an end to corruption and a better economic future. Arab young people and all other citizens deserve a break from the decades of mismanagement that have left the Arab state in disrepair.