Parallels in experience may offer guideposts for managing change. 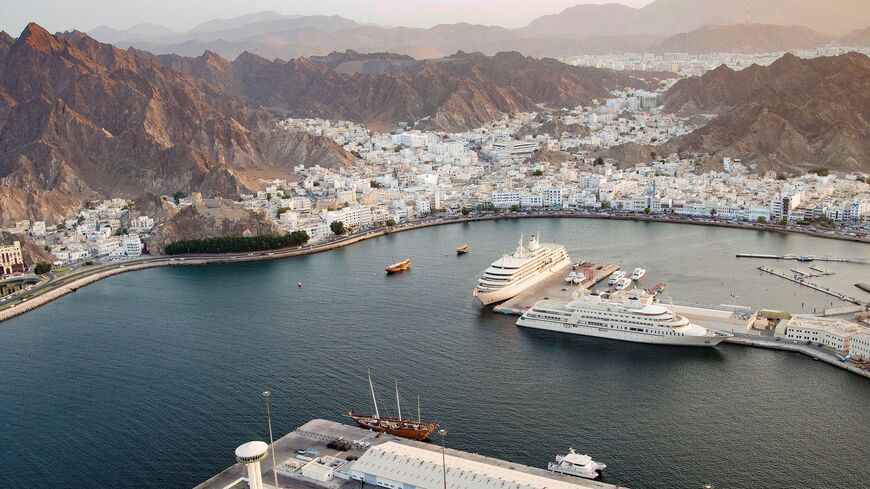 An aerial view shows the Port Sultan Qaboos in the Omani capital, Muscat, on April 9, 2021. - HAITHAM AL-SHUKAIRI/AFP via Getty Images

Sultan Haitham bin Tariq Al Said inherited an economy in trouble when he succeeded Sultan Qaboos in January 2020. Oman’s gross domestic product had contracted by 0.8% in 2019, burdened by a bloated bureaucracy, massive debt and deficits, and low oil prices. And then COVID-19 hit.

Oman has been praised for its handling of the pandemic. And despite COVID-19, Haitham has mostly stuck to a challenging reform program that was just getting started under his predecessor. There have been forced retirements in the civil service, marking a shift to a leaner, younger and more technocratic government. A value added tax has been introduced. The government established two new agencies, the Oman Investment Authority, to improve management of public assets, and Energy Development of Oman, to manage and finance investments in energy. Sebastian Castelier has the story here from August 2020.

While Oman’s economy contracted by a sharp 6.4% in 2020, the contraction was less severe than anticipated. This year the economy is expecting modest growth of 1.8%, according to the International Monetary Fund, and next year it’s on track for a robust 7.4%, the highest IMF projection for the region.

The gain comes with pain. A dramatic program of government downsizing and austerity during the pandemic have triggered popular backlash. As Castelier reports this week, "hundreds of job seekers" protested in major cities across Oman last month in response to high youth unemployment and perceived corruption.

"The protests," Castelier continues, "met with a heavy presence of security forces and arrests of demonstrators, prompted a swift policy reaction from Sultan Haitham, who acceded to the throne in early 2020. The ruler announced on May 25 that 32,000 full and part-time government jobs would be created."

The job creation program may be a necessary short-term fix given the dislocations caused by the reform programs to stave off unrest, and to strengthen the safety net strained by COVID-19. The question is whether Oman can stick to a demanding austerity and diversification program as it weathers the post-COVID recovery.

And that brings us to Egypt.

While Egyptian President Abdel Fattah al-Sisi was busy engineering a cease-fire in the Israel-Hamas conflict, the IMF lauded his country’s "strong performance and commitment" to "maintaining macroeconomic stability during the pandemic while protecting necessary social and health spending and implementing key structural reforms." That balance is what Oman is seeking, too.

"Egypt’s economy has shown resilience, with the impact of the COVID-19 crisis mitigated by the authorities’ swift, and balanced policy response," the report added, noting that "all structural benchmarks were met including further advancing reforms related to fiscal transparency and governance, social protection, and improvement in the business environment, while continuing efforts directed towards reducing debt vulnerabilities and creating more budget space for priority spending."

Egypt’s economy was alone in the region — and one of the few in the world, along with China — which actually grew during the pandemic by 2.8% in 2020/21, with a projected growth of 5.2% in 2021/22, according to the IMF. This is especially surprising given Egypt’s reliance on "contact" industries such as tourism, as we wrote here in April.

The IMF of course noted uncertainties associated with the lingering pandemic and the need to for Cairo to stay on course, but the report is yet another sign that Sisi has turned around a precarious economy in about five years. His discipline, coupled with an awareness of the social costs of reform, could prove a model for other countries in transition, like Oman.

Egypt also has benefited from expanded regional and international trade and economic ties. Muhammed Magdy reports on how Egypt is deepening economic ties with Iraq by building bridges in Mosul. Cairo has promised $500 million in reconstruction aid to Gaza, where it expects to gain as well, as our correspondent reports here. Last month Egypt leveraged its quota with the IMF to help Sudan pay off some of its outstanding debt, as Rasha Mahmoud reports, a sign of Cairo’s deepening economic, political and security ties with Khartoum.

Ahmed Gomaa writes here about how Egypt also is increasing cooperation with China, including in the education and satellite fields, and George Mikhail reports here on Cairo turning to Beijing for advice on water management, given the prospect of a disruption in water from the Nile River because of the dispute with Ethiopia, over the Grand Ethiopian Renaissance Dam.

As a small economy, Oman’s economic future is also linked to regional engagement, including and especially through the Gulf Cooperation Council (GCC). The GCC is potentially poised to benefit from even further trade and integration, now that Saudi Arabia, the UAE and Bahrain (as well as Egypt, which is not a GCC member) have buried the hatchet with Qatar, with the conclusion of the Al-Ula Declaration in January.

Karen Young wrote here in March about how COVID-19 has accelerated trends in tax policy, labor market regulation and immigration policy among GCC states, in addition to opportunities offered by the Abraham Accords signed by the UAE and Bahrain with Israel.

During its 40 years, the GCC has successfully established a customs union and common market and enabled Gulf citizens to travel without restrictions, as Castelier wrote here, but there could be further advantages in collective action in addressing a possible post-oil future, and emphasizing renewable and nuclear energy, and in dealing with China, as Sabena Siddiqui writes here and here.

Where Egypt differs: Complexity and size

Egypt’s status as the biggest population country in North Africa, and its linchpin role in many diplomatic matters, makes it different from smaller countries like Oman, of course.

In addition to the potential water supply disruption over the Grand Ethiopian Renaissance Dam, which we report on here, Egypt is also seeking to recover from crises over the Suez Canal and the country’s domestic rail networks.

Egypt signed an agreement last month with the African Development Bank for $177 million to improve its railway system, as Hagar Hosny reports. Over four weeks beginning in late March, there were five train wrecks that killed 43 people and injured 319. Egypt’s rail system is the oldest in Africa and in urgent need of repair.

It didn’t help that the train crashes occurred around the time that navigation in the Suez Canal was blocked when the Ever Given cargo ship ran aground on a narrow passageway of the Suez Canal. It took six days for the passage to be cleared and was a front-page story around the world.

Mohammad Hanafi reports, however, that canal revenues were $553.6 million in April — the most ever. Egypt reportedly now has massive locomotives and dredgers ready for any future crisis.

Egypt’s economic transition may not be a one-size-fits-all template for the region’s fragile economies, but there are clearly some takeaways for countries such as Oman, which despite last month’s protests, seems on a positive trajectory.

IMF-sanctioned reform packages almost always include a degree of austerity to reduce bloated bureaucracies and budgets, increase transparency, and allow the usually undersized private sectors to create jobs — all while not completely undermining the social safety net.

This has been Egypt’s path for five years, with results. Oman is also on a similar path.

The people, understandably, want relief from economic mismanagement sooner rather than later, but progress, when it comes, takes years. Reform and austerity programs are rarely popular with the street, and results don’t come fast, and they don’t come without some hardship and dislocations.