A group of young people from the Muslim Brotherhood in Qatar, Sudan and Turkey decide to defect from the group and establish their own movement, citing failures on part of senior leaders to tackle the issue of political detainees and fugitives in Egypt. 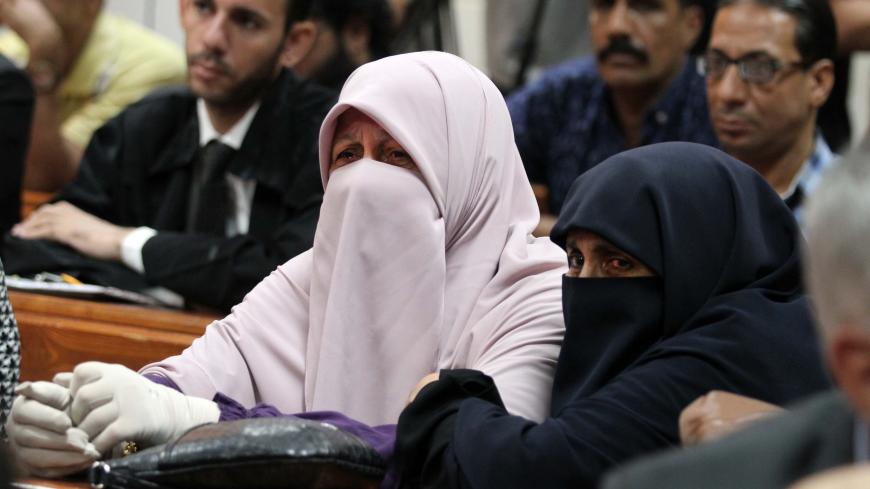 A correspondent in Egypt
September 8, 2020

CAIRO — A group of young people disaffected with the Muslim Brotherhood  in several countries, including Qatar, Turkey and Sudan, recently announced their split from the organization to establish Tayyar al-Mostakel (the Independent Movement). The group cited disappointment with Brotherhood policies with regard to detainees in Egyptian prisons and reconciliation with the Egyptian regime.

The new group issued its first statement Aug. 21 through several media platforms, saying, “The group seeks, through its project, to be the alternative option for those who reject what the Muslim Brotherhood has become with all its failures, chaos abroad and efforts to waste the energies of young people.”

The statement said, “We are set from the very beginning to again tackle the issue of detainees and call on the state to look into this matter to find solutions to reach a settlement acceptable to both parties in a bid to grant freedom to thousands of people whom the organization has turned its back on. We are seeking to find a radical solution to the issue of detainees.”

Human Rights Watch says the number of political detainees in Egypt, whether belonging to Islamic organizations or civil parties and movements, has exceeded 60,000 since the 2013 fall of President Mohammed Morsi, a Brotherhood member, at the hands of the army.

Al-Monitor spoke with one of the young people participating in the establishment of the Independent Movement, who talked about the goals and features of the new organization. The source asked not to be named as he is not “allowed to speak to the media.”

“We are a group of young [former] Muslim Brotherhood members and mid-level leaders. We decided to form our own group after we saw that the Brotherhood’s leadership has failed to reach solutions to the outstanding problems and crises that tens of thousands of detainees in Egyptian prisons are paying for,” the source said via a secure online communication platform.

“In recent months, before our decision to announce our new movement, we tried to contact the senior leaders in the organization in a bid to find solutions for the detainees and the fugitives outside Egypt who fled the country because of pending cases against them. We clearly requested that they revisit a decision involving [possible] reconciliation with the Egyptian regime in order to save what can be saved of the Brotherhood, which has been dissolved for seven years now. Our requests seem to have fallen on deaf ears,” he said.

In October 2013, a few months after the ousting of Morsi, the Egyptian government announced the abolishment of the Muslim Brotherhood, and the confiscation of its funds and properties. The Brotherhood was designated a banned organization and joining it was against the law.

“Our decision from the very beginning was to be open to all the different political groups, and not to have a problem in negotiating with the Egyptian authorities headed by President Abdel Fattah al-Sisi, especially if this would result in the release of the detainees and the return of the fugitives to the country without any fear of persecution,” the source said.

The source added, “Our group currently includes [former Muslim Brotherhood] mid-level leaders spread over three countries, Turkey, Qatar and Sudan. We are currently preparing our protocol draft and clear demands to search for communication channels with the Egyptian authority.” The source refused to reveal any names of those who joined the organization.

In October 2017, in an interview with France 24, Sisi talked about his position on reconciliation with the Muslim Brotherhood and its reinstatement into the political sphere in Egypt. “This decision of reconciliation depends on the Egyptian people who are currently still angry, and all parties should know that,” Sisi said.

Murad Ghorab, a Muslim Brotherhood leader and deputy director of the Brotherhood’s affiliated Virtue Party, told Al-Monitor, “We are well aware that the Brotherhood young people are livid about the detainees who have been incarcerated for a long time and the fugitives who can’t come back for fear of reprisal, arrest and torture. But starting any negotiations with the regime must be done officially and via decision-making mechanisms within the group, and not through defection and the establishment of parallel groups.”

Ghorab added, “The organization is currently in a critical stage and needs its members to line up with it and not to break with it. This is especially true since this newly formed group of young people might be used to undermine the Muslim Brotherhood and not to advance its goals. These young people should return under the umbrella of the Brotherhood.”