In an unprecedented step, Egypt’s Muslim Brotherhood issued a statement saying it no longer seeks to be in power and wants to join hands with Egypt’s different political forces. 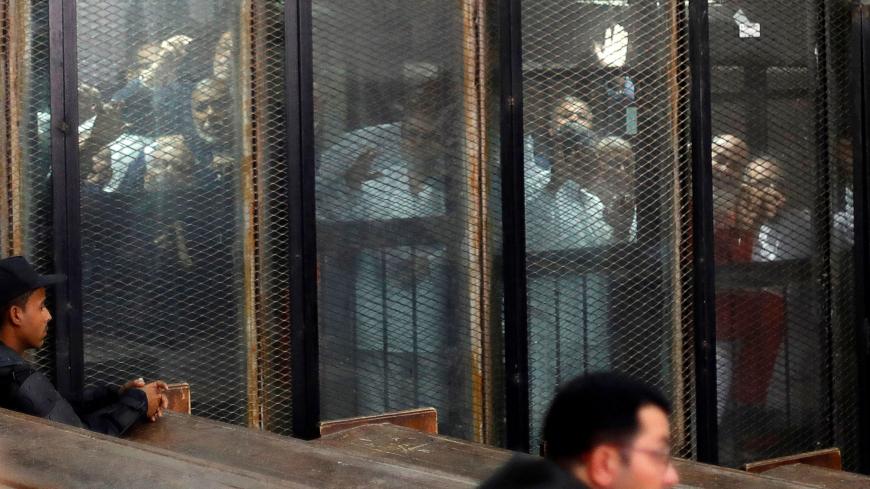 CAIRO — For the first time since the ousting of Egypt’s late Islamist President Mohammed Morsi in 2013, the Muslim Brotherhood announced that it would no longer seek to claim power should the regime of current President Abdel Fattah al-Sisi fall. In a very controversial statement, the organization announced that it will stop any political activity in the country and allow its members to engage in political action through other parties.

The organization’s statement, published on its official website June 29, revealed the Brotherhood’s new strategy in the coming period, based on coordination with leftist and liberal political forces inside Egypt, in a bid to free prisoners of conscience and overthrow Sisi's regime. This sparked controversy given the group’s history and its views on democracy as an alien system from the West.

“We believe the overall political workspace on national issues — the public rights of the Egyptian people, the nation’s overall issue — constitutes a wider arena for the Brotherhood's activities than the narrow party action and competition for power. At some stage, after the end of the military coup [led by Sisi on Brotherhood rule in 2013], we will act as a general national movement with an Islamic background, supporting the nation and practicing political life in its general framework,” the statement read.

The group admitted it “made mistakes during its time of rule.” The statement continued, “We conducted several internal reviews and underlined the mistakes we made during the revolution period and when in power. We also reviewed the mistakes by allies and competitors from the revolution’s components. These errors and disagreements gave leeway to the counter-revolution to take over.”

Murad Ghorab, an Islamist leader in Egypt who has been a fugitive in Turkey since 2014, told Al-Monitor, “The Muslim Brotherhood is trying to rebuild trust with the different Egyptian political parties [and] to join hands against the Sisi regime after years of repression.”

“The group’s leaders believe dissolving the Brotherhood, integrating its members within different political parties and collaborating with leftists and liberals is more important at this stage than clinging to power,” Ghorab said.

“We say to all political movements and parties that we are now more open than ever. We do not seek power. We want freedom for Egypt from the oppressive regime,” he added.

Ghorab refused to name the political forces the group plans to contact in the coming period. “We are trying to coordinate and work with everyone,” he said.

Mahmoud Shaaban Bayoumi, a researcher at Istanbul Aydin University who is based in Turkey, told Al-Monitor, “The statement is full of great contradictions in the Muslim Brotherhood’s ideology and their calls for the application of the Islamic law when ruling.”

He called for “disclosing the procedures and discussions that led to the issuance of this statement so we know what made the Islamists completely change their approach.”

“The Muslim Brotherhood had been calling for the past six years — since the ousting of Morsi in 2013 — for demonstrations and protests, and now it had a sudden change of heart with this statement. I believe this message is not directed to the civil and left-wing political forces in Egypt, especially since the group is well aware that these forces are very much reluctant to work with it. I think the message was directed to some Gulf and European countries that reject Islamists,” Bayoumi added.

He concluded, “The Muslim Brotherhood is somehow sending a message that it will no longer be obsessed with power but it wants to be allowed to work legitimately inside Egypt."

Al-Monitor contacted a prominent left-wing political leader and a member of one of the biggest political alliances, who refused to be named. “No party wants to coordinate with the Muslim Brotherhood inside Egypt. The group made unforgivable errors during its time in power and exercised an authoritarian rule during its one year in power from May 2012 until June 2013,” the source said.

“The group’s statement said they realized the errors they committed. But we need to know what errors they are talking about. The Brotherhood removed all political parties from the political arena and allied itself with the military authority in Egypt after the January 25 Revolution. They also refused to listen to the people’s demands in the streets in 2013 and refused to hold early presidential elections that could have saved us from the rule of the army today,” the source added.

He concluded, “The Muslim Brotherhood is a political and ideological enemy on a par with military rule. We might have similar demands when it comes to calling for the end of repression in Egypt and the release of political prisoners. But this does not mean that we would work together."