The historic alliance between Prime Minister Benjamin Netanyahu and the ultra-Orthodox parties faced several obstacles throughout the coronavirus, but it is now strengthening. 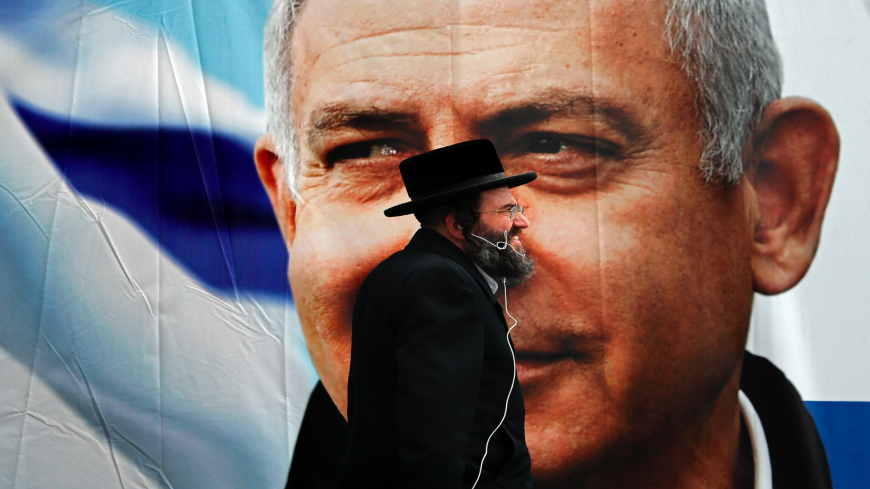 The firm alliance between Prime Minister Benjamin Netanyahu and the ultra-Orthodox parties appeared to be unraveling this past summer, even prompting speculation about its possible demise under certain conditions.

The spread of the coronavirus was still under control at the time, and the government approved a proposal by Health Minister Yuli Edelstein of the Likud to increase the number of guests allowed in hotel dining rooms beyond the previous limit. Leaders of the two ultra-Orthodox parties, Interior Minister and Shas Party chair Aryeh Deri and Housing Minister Yaakov Litzman of Yahadut HaTorah, were livid with Netanyahu, accusing him of relaxing restrictions so hotel guests could enjoy themselves while synagogue prayers were still under severe curbs. They already had a bellyful over Netanyahu’s refusal to block Knesset legislation banning homosexual conversion therapy.

In the ensuing weeks, tens of thousands of demonstrators continued amassing outside Netanyahu’s official Jerusalem residence on Balfour Street every Saturday evening, mostly ignoring social distancing guidelines, while restrictions on public prayers remained in effect. Fury at Netanyahu gathered steam and appeared to be eroding his political support.

Tensions with his ultra-Orthodox government partners mounted further when they accused him of trying to torpedo the planned annual pilgrimage of tens of thousands of Hassidim to the tomb of a revered rabbi in the Ukraine city of Uman ahead of the Sept. 18 start of the Jewish New Year. They argued that his efforts in that regard, prompted by health concerns over such a mass gathering, were contributing to the negative image of ultra-Orthodox Jews as disease carriers. Against this backdrop, pundits and analysts well-versed in ultra-Orthodox affairs claimed this was the beginning of the end of the alliance forged by mutual interests, which had enabled Netanyahu’s continued rule in recent years.

At 5 a.m. on Sept. 24, following a stormy, all-night meeting of the government, it became evident that news of the alliance’s demise had been premature. The partnership had not only survived the crisis, but it had emerged stronger.

The government voted to impose a full nationwide lockdown starting Sept. 25 through at least Oct. 10, far stricter and more comprehensive than the partial lockdown imposed on Sept. 18. However, it excluded synagogues, allowing them to open on Yom Kippur (Sept. 27-28), the holiest day of the Jewish calendar, albeit under strict restrictions and with most prayers conducted outdoors. At the same time, the government confined all Israelis to within 1 kilometer (0.6 miles) of their homes and to outdoor gatherings of no more than 20 people, in effect shutting down the protests of recent months.

Leaks emerging from the all-night government session indicated that the protests were the most explosive issue for Netanyahu. While ministers from the Blue and White party, chief among them Justice Minister Avi Nissenkorn, campaigned to allow unfettered protests as stipulated in the law anchoring his party’s coalition agreement with Netanyahu’s Likud, Netanyahu demanded they be strictly curtailed, keeping in mind the popular equation drawn in recent days between the right to worship and the right to protest.

A day earlier, Deri broadly hinted that he might quit if the government discriminated against worshippers. “A government that decides to allow protests and ban prayers is not a Jewish government, and I will be unable to remain part of it,” he said. Deri, considered a pragmatist, suggested shutting down synagogues and praying outdoors — despite the heavy heat that could be harmful to fasting adherents — on condition that the protests would cease. He argued that he would be unable to explain to his voters why protests are a go and prayers are not.

Prior to the vote, the government was presented with troubling data on the rise of COVID-19 infections, with almost 7,000 testing positive for the virus daily, prompting dire warnings about hospitals’ capacity to treat the seriously ill. Netanyahu cited these record-breaking figures to buttress his demand for a hermetic closure.

At a certain point in the tense discussion, when the Blue and White ministers kept coming back to the protest issue, Netanyahu argued that the ongoing protests were the most significant factor in undermining public discipline and adherence to social distancing. The “conciliatory attitude” toward them, he went on, “caused tremendous damage … this purist, populist line caused tremendous harm.” Throughout the night, it was clear that Netanyahu was on the same page as the ultra-Orthodox, and he was ultimately successful in imposing his will.

This outcome has significant political implications, as well. If the latest speculation is borne out and elections are held in March 2021, Netanyahu will be guaranteed an ultra-Orthodox safety net, preventing any other contender from forming Israel’s next government without the support of the Arab Joint List. The ultra-Orthodox parties and the alliance of Arab parties command a similar number of Knesset seats. However, this option is no longer viable either, given the collapse of the political center-left. The only challenge to Netanyahu right now is from Naftali Bennett, the chair of the national-religious Yamina party who would not cooperate with Arab lawmakers under any circumstances.

As usual, Netanyahu’s opponents attributed nefarious intentions to his insistence on a total lockdown. They argued that he had once again proven that he was a threat to the public well-being and to democracy, accusing him of sacrificing the economy and people’s livelihoods simply in order to break up the protests against him.

“Netanyahu is going to destroy the economy only in order to eliminate the protests against him,” tweeted Nitzan Horowitz, chair of the left-wing Meretz Party. The center and center-left politicians who have suggested suspending protests in response to the health crisis, Horowitz wrote, “fell victims to the culture of lies promoted by Balfour and played into the hands of the corrupt [leader]. Twenty people is not a protest. Israel has banned protests. Synagogues are open. The focal points of the mass infections are not being dealt with …”

Results of a Channel 12 News poll aired on Sept. 23 paint a grim picture of the center-left’s standing and indicate that the protests are not helping it rebound. In total, the center-left parties would command the equivalent of 31 Knesset seats if elections were held now, while the right and ultra-Orthodox (without the rebel chair of Yisrael Beitenu party Avigdor Liberman) would garner 66 seats (of 120). While support for Netanyahu’s Likud keeps slipping — to 29 seats according to the latest poll compared with 41 seats two months ago — disappointed Netanyahu voters are flocking to Bennett and staying in the right-wing camp. The ultra-Orthodox maintain their electoral power.

However, the hardest hit victim of the political fallout is Blue and White’s Benny Gantz, the only viable challenger to Netanyahu in the past decade, the great hope of the center-left in the previous three elections, whose Blue and White party crashed in the polls to nine seats (compared to 33 in the March 2 elections). Gantz, whose religious background had made him acceptable to the ultra-Orthodox as a prime ministerial candidate, appears to have buried that option with his ministers’ militant stand on the protests under lockdown. Gantz is left with nine Knesset seats (in the polls) and no political horizon, with even the protest advocates for whom he fought in recent days viewing him as a traitor who stole their ballots when he joined Netanyahu’s government in May.