The Egyptian armed forces said they had launched successful military attacks on terrorist hideouts and arms warehouses in the Sinai, inflicting heavy losses on the Islamic State-affiliated Wilayat Sinai. 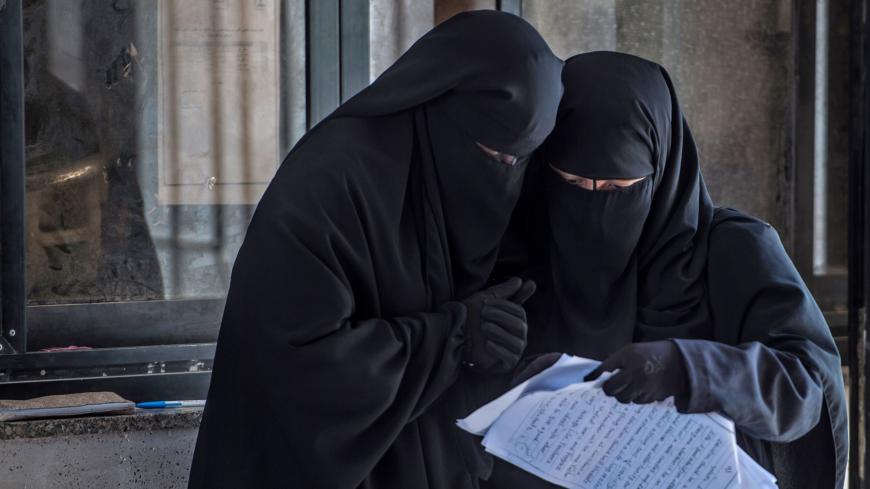 Egyptian students review study notes on July 26, 2018, during an army-organized tour at the university of el-Arish in the northern Sinai Peninsula. With fruit and vegetables aplenty in the markets, public transport back on the roads and universities reopened, life has been returning to el-Arish in northern Sinai, where Egypt's army is at war with jihadis. - KHALED DESOUKI/AFP via Getty Images)

A correspondent in Egypt
September 4, 2020

CAIRO — The Egyptian armed forces announced Aug. 30 that seven officers and soldiers were killed and wounded in confrontations and raids launched by the army on terrorist hiding places in Sinai between that day and July 22.

The statement said the armed forces were successful in targeting and destroying 317 shelters and stores of explosives material in the northern Sinai peninsula, in addition to destroying 19 four-wheel drive vehicles that were used by militants. The army also killed 77 militants and carried out several operations, killing two other individuals who were in possession of automatic rifles and explosive belts, in addition to confiscating quantities of ammunition of various calibers, explosives, a motorcycle and sums of money, according to the statement.

Tribal sources and witnesses in Sinai cited by nwafez.com on Aug. 28 said there were clashes between the Egyptian army and militants from the Islamic State-affiliated Wilayat Sinai in the city of Bir al-Abed. Several soldiers were killed and injured; there was no mention of their exact numbers.

Khaled Okasha, a former top police official who is the director of the Egyptian Center for Strategic Studies, told Al-Monitor via phone that the Egyptian army has been fighting a violent war against terrorist and armed groups in Sinai for years, especially after the ouster of former President Mohammed Morsi in the wake of major sweeping protests that began June 30, 2013.

Okasha said the armed forces had drawn up a decisive strategic plan to confront terrorism years ago, namely with the launch of the Comprehensive Operation – Sinai 2018, which had eliminated many terrorists in Sinai and targeted hideouts, weapons caches and warehouses. He stressed that the security operation is going hand in hand with the development projects in Sinai.

Okasha added that the Egyptian state has become aware of the importance of developing and reconstructing Sinai, in a bid to prevent it from turning into a hotbed for terrorist groups.

“The development projects are aimed at providing a decent life for the people of Sinai, which comes to the benefit of the state and its efforts to eliminate and uproot extremism and terrorism there,” he said.

He said the state has implemented a number of development projects, most importantly the establishment of the Mahsama water desalination plant, which was built on an area of 10,000 feddans (a little over 10,000 acres).

“This is in addition to other projects implemented by the Ministry of Water Resources and Irrigation and the Ministry of Agriculture. There are also efforts designed to expand arable and agricultural areas in the Sinai Peninsula,” Okasha said.

He further added that there has been a noticeable decline in the capabilities of terrorist groups since 2018, since the launch of the comprehensive operation in Sinai, in addition to the many preemptive strikes by the armed forces there and on the various important strategic fronts where Wilayat Sinai militants are active.

He said the Aug. 30 statement from the armed forces confirms the army’s success in eliminating many terrorist outposts in northern Sinai. Okasha, however, added that it is only normal to have some losses in military operations, as the Egyptian army lost seven personnel — still, just a tenth of the 77 militants killed.

The Egyptian army launched the comprehensive operation on Feb. 9, 2018, in Sinai, the Nile and Delta Valley and the Western desert, in a bid to eliminate any armed and terrorist groups in those areas.

Also, army spokesman Col. Tamer al-Rifai said the armed forces were cooperating with police in order to eliminate terrorist militants in Sinai. Meanwhile, data from the operation showed that border guards were also part of the operations, and the air force targeted several outposts, hideouts and weapons warehouses.

Since the ousting of Morsi in July 2013, the Sinai area has been a hub for terrorist activities, namely from Wilayat Sinai.

Hundreds of army and police personnel were killed in separate attacks by Wilayat Sinai in recent years, which prompted Egyptian President Abdel Fattah al-Sisi to issue orders to purge Sinai of terrorism on Nov. 29, 2017. This came after 305 people, including 27 children, were killed in a terrorist attack on Al-Rawda Mosque in the al-Arish area on Nov. 25, 2017.

A high-ranking Egyptian security source, who spoke on condition of anonymity, told Al-Monitor that some of the recent terrorist operations showed the despair of Wilayat Sinai militants after the armed forces made great progress in controlling a large number of villages in Sinai, where these groups were based and stored their weapons and ammunition.

He said the high-tempo attacks on terrorist strongholds and arms caches, namely in the areas of Aqtiya, al-Marih, Rabia and al-Ganayen, caused the militants to confront the army with desperate and poorly executed terrorist attacks before being met by heavy losses and bitter defeat.

The source added that the large number of arms and weapons that were confiscated clearly indicated that attacks were planned in the near future.

“The Egyptian army has moved from defense to offense in its war against militants and has been carrying out preemptive attacks to eliminate these groups,” the source said.