Israeli sentenced to life in prison for 2015 murder of Palestinian toddler, parents

Amiram Ben-Uliel was handed three life sentences for firebombing a Palestinian home in 2015, killing three of the family members inside. 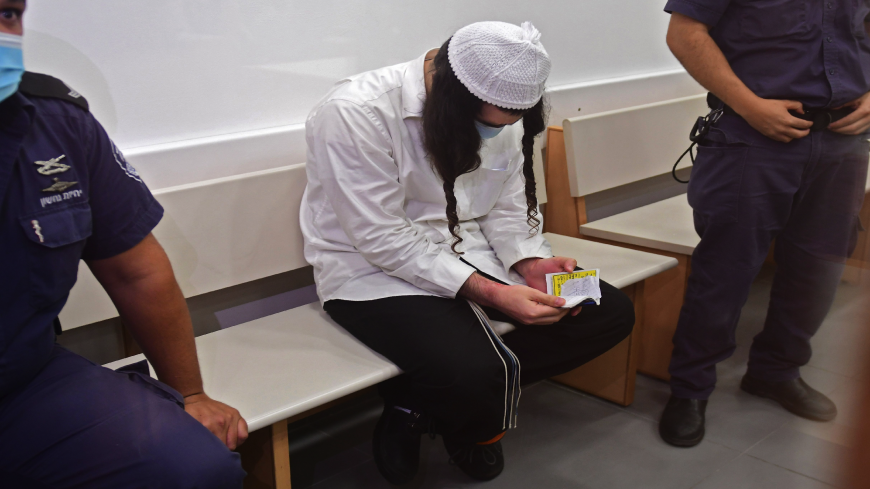 Amiram Ben-Uliel, a Jewish settler, waits for his sentence at the Central Lod District Court, in the central Israeli city on May 18, 2020, over the 2015 arson attack that killed a Palestinian toddler and his parents. An Israeli court convicted Ben-Uliel on three counts of murder over the 2015 arson attack. Amiram, from the northern West Bank settlement of Shilo, was also convicted on two counts each of attempted murder and arson, along with one count of conspiracy to commit a hate crime, the court said in a statement. - AVSHALOM SASSONI/POOL/AFP via Getty Images

A court in Israel has sentenced a Jewish settler to life in prison after he was found guilty of murdering three Palestinians in 2015, one of whom was a toddler.

Amiram Ben-Uliel was sentenced to three consecutive life sentences on Monday for an attack the judge said was committed out of "extreme and racist ideology." Ben-Uliel, 25, was convicted in May of three counts of murder and two charges of attempted murder and arson for the deaths of Ali, Saad and Riham Dawabsheh in the West Bank town of Duma.

On the night of July 31, 2015, Ben-Uliel hurled Molotov cocktails into the Dawabsheh home as the family slept inside, according to the indictment. Eighteen-month-old Ali died in the home, and his parents, Saad and Riham, succumbed to their injuries at the hospital. Their 5-year-old son, Ahmed, survived with extreme burns.

Ben-Uliel also spray-painted Hebrew graffiti on their walls and firebombed another empty home, the court said, adding that his “actions were meticulously planned and stemmed from the radical ideology he held and racism.”

According to court documents, Ben-Uliel torched the homes "solely because they were Arabs living in Duma,” and the attack was in retaliation for the death of Malachi Rosenfeld, an Israel killed by a Palestinian in a drive-by shooting in 2015.

Ben-Uliel belonged to a far-right Jewish movement known as “hilltop youth,” which has attacked Palestinians and set up unauthorized outposts in the West Bank. He was convicted of conspiracy to commit a hate crime but acquitted of membership in a terrorist organization.

Under a plea deal, another defendant — whose name is withheld because he was a minor at the time of the murders — was convicted as an accessory to the crimes. He will be sentenced on Wednesday.