Amiram Ben-Uliel's actions sparked outrage among both Palestinians and Israelis, but his lawyers questioned the conditions under which he confessed to the crime. 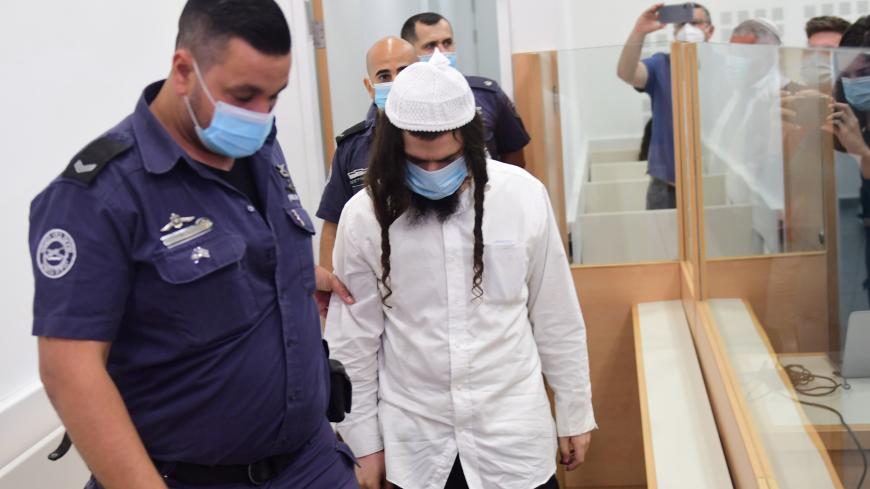 Amiram Ben-Uliel is brought for a verdict in the case of a 2015 arson attack that killed a Palestinian toddler and his parents in the Israeli-occupied West Bank village of Duma, at the Central Lod District Court in Lod, Israel, May 18, 2020. - Avshalom Sassoni/Pool via REUTERS

An Israeli man was found guilty today of killing a Palestinian family in the West Bank via a firebomb.

Amiram Ben-Uliel, a religious Jew from an outpost outside an Israeli settlement, was convicted of murder, attempted murder and arson, according to The Times of Israel.

In 2015, Ben-Uliel threw a Molotov cocktail into the home of the Dawabsha family, killing an 18-month-old baby boy and his two parents, and injuring their other son. The murder prompted outrage in both Israeli and Palestinian society. The deaths led to a monthslong uprising in the West Bank and clashes between Palestinians and Israel security forces there.

Ben-Uliel’s case is one of the prominent examples of recent Jewish religious extremism in the country. Ben-Uliel was part of the hilltop youth, some of whose members have sought to overthrow the Israeli government and usher in the coming of the Messiah. Part of the plan was removing all non-Jews from the land that was once the biblical Jewish kingdom.

Some far-right nationalists in Israel, in addition to Ben-Uliel’s lawyers, argued that Israel’s domestic security agency, the Shin Bet, extracted false confessions from him. The Shin Bet defended its conduct, calling it an “important landmark in the struggle against Jewish terrorism,” Reuters reported.

The West Bank has been fought over for decades. Most of the international community regards it as Palestinian territory. Past peace negotiations deemed it to be part of a future Palestinian state. The area is strategically located between the Dead Sea and Israel’s Mediterranean coast.

Israel took the West Bank from Jordan during the 1967 war. The land is considered part of the historic Land of Israel by many Jews, and the Israeli government started building Jewish settlements in the territory shortly after the war, despite Palestinian opposition.

Israel’s new unity government may annex parts of the territory to Israel this year.

The territory continues to be the scene of violence. Hilltop youth attacked Palestinians in the West Bank during the coronavirus lockdown in April. Last week, an Israeli soldier died after being hit in the head with a rock during a raid in the West Bank.

Ben-Uliel was not convicted of a charge of belonging to a terrorist organization.

Courts and the law
Israeli-Palestinian conflict