Report: US plans to freeze aid to Ethiopia amid Nile River dam dispute

Foreign Policy reported the proposal by the US State Department could affect up to $130 million in aid as negotiations with Egypt and Sudan on the Grand Ethiopian Renaissance Dam continue. 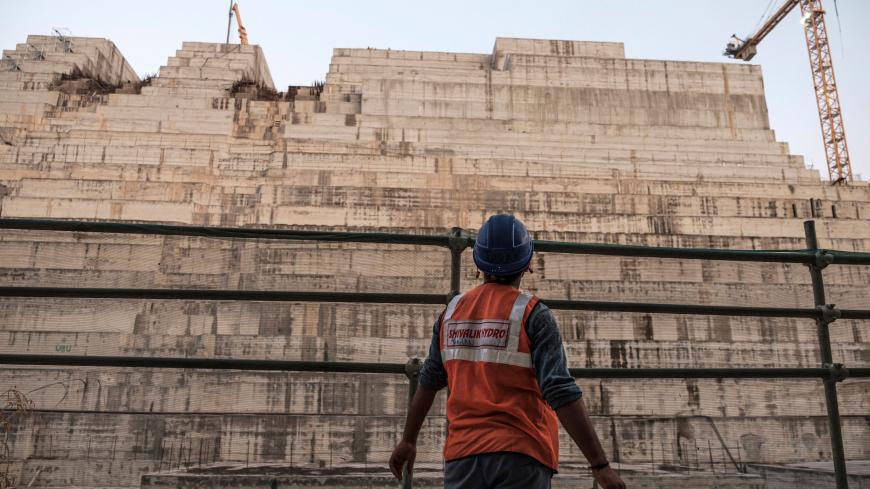 A construction worker looks at the Grand Ethiopian Renaissance Dam near Guba in Ethiopia, on Dec. 26, 2019. - EDUARDO SOTERAS/AFP via Getty Images

The US State Department has approved a proposal to freeze foreign aid to Ethiopia amid the country’s dispute with Egypt and Sudan over the Grand Ethiopian Renaissance Dam, Foreign Policy reported Thursday.

US Secretary of State Mike Pompeo formally approved the aid freeze and the State Department briefed congressional aides this week. Details are not finalized, but the move could affect up to $130 million in aid, according to Foreign Policy.

If the plan goes through, it would be a blow to Ethiopia’s position to fill and operate the dam without coming to agreement with its neighbors first.

Ethiopia built the dam to provide electricity to its population of more than 100 million. Leaders say the country has not been benefiting as it should from the Nile River and want to alleviate poverty in the east African country. The dam is located on the Blue Nile River, a main tributary of the Nile. However, Egypt and Sudan are concerned that filling the massive dam without safeguards in place could dangerously lower water levels in the Nile in their countries.

Egypt’s latest contention is that several species of fish could go extinct due to the dam. Ethiopia disputes that the dam will have negative effects on Egyptian and Sudanese waters.

Negotiations mediated by the United States, the European Union and the African Union have failed to reach an agreement on the dam’s filling. In July, Ethiopia said the first year of filling is finished following heavy rainfall in the region. The three countries are currently negotiating again. Talks stopped earlier in August amid yet one more diplomatic spat between the three countries.

Foreign Policy’s report comes after Pompeo’s visit to Sudan this week. The top US diplomat was in the country to discuss removing Sudan from the US list of state sponsors of terrorism and the possibility of Sudan recognizing Israel. He also discussed the dam with Sudanese leaders, according to the State Department.

Sudan is allied with Egypt on the issue of the dam, and Egypt is a close ally of the Trump administration.