Ethiopia, Sudan and Egypt will continue their negotiations on the Grand Ethiopian Renaissance Dam throughout the week after not talking for months over a filling disagreement. 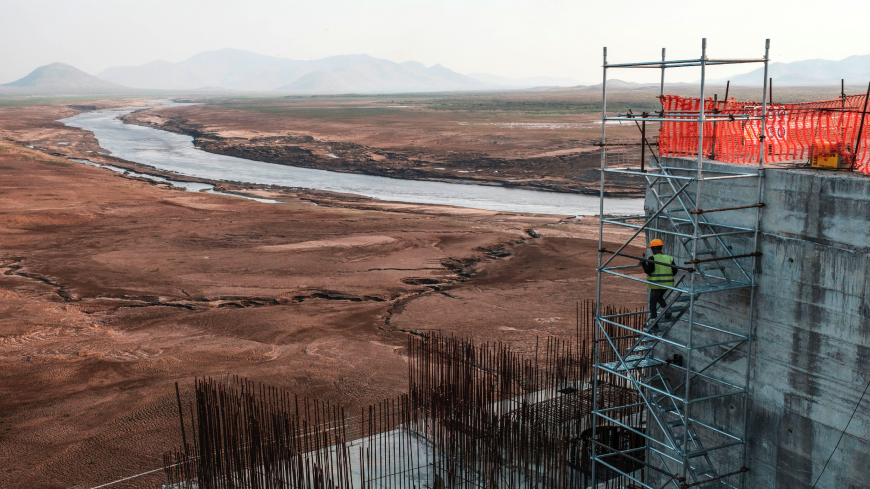 A worker goes down a construction ladder at the Grand Ethiopian Renaissance Dam (GERD), near Guba in Ethiopia, on Dec. 26, 2019.

Ethiopia, Egypt and Sudan resumed talks on the Grand Ethiopian Renaissance Dam (GERD) on Sunday following a monthslong pause. There are still unresolved issues between the three countries on the massive Nile River dam.

This round of tripartite negotiations will go until Nov. 7, Ethiopia’s Minister of Water Seleshi Bekele said in a tweet.

Ethiopia built the GERD along the Blue Nile River — a tributary of the Nile — to provide electricity to its population of more than 100 million. Downstream nations Sudan and Egypt believe that filling the dam sans an agreement will dangerously lower the river’s water levels in their countries.

Sudan is chairing the current talks. African Union observers are also present, the state-run Sudan News Agency reported. Other details on what exactly is being discussed are unclear.

The three countries have had a series of disagreements on the hydroelectric dam this year. In July, Ethiopia controversially announced it had begun filling the dam despite not reaching an agreement with Egypt and Sudan. After Ethiopia said it would not fill the dam any further this year, talks resumed in August. However, Egypt and Sudan walked away from these talks after a disagreement with Ethiopia on filling guidelines. The negotiations were on hold from August until Sunday.