The two countries disagreed with new guidelines from Ethiopia on filling the GERD just days into the resumed negotiations. 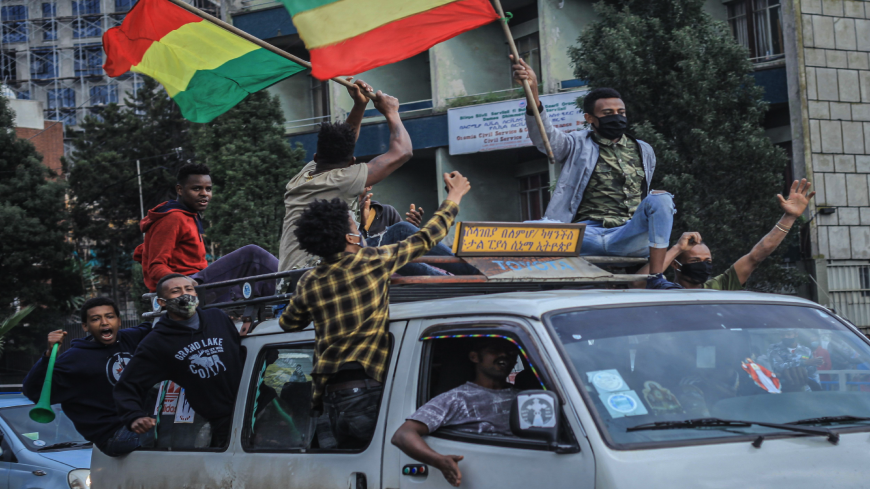 The latest talks involving Ethiopia, Egypt and Sudan on Ethiopia’s Nile River dam have broken down just days after they began. The development puts the future of negotiations on the controversial mega dam in jeopardy.

Ethiopia began filling the Grand Ethiopian Renaissance Dam (GERD) in July following years of talks with the downstream nations Egypt and Sudan. The GERD is on the Blue Nile River, which is a tributary of the Nile River. The dam was built to provide electricity to Ethiopia, but Egypt and Sudan are concerned filling the dam could dangerously lower the water levels of the river in their country. The Nile and its tributaries flow northward in East Africa through Ethiopia, Sudan and Egypt until the Mediterranean.

The latest round of talks began on Monday following earlier controversial news regarding the filling. In mid-July, Ethiopian news outlets reported that the country had begun filling the dam sans an agreement with Egypt and Sudan. Hours later, Ethiopian officials denied this, saying heavy rainfall led to increased water levels in the dam. Ethiopia then said that the first year of filling was over and called for new talks.

These talks broke down due to a disagreement over new Ethiopian guidelines for future fillings. Ethiopia submitted the guidelines on Monday in the talks observed by the African Union, South Africa, the United States and the European Union. Egypt and Sudan then adjourned the meeting to review these, according to a Tuesday statement from Ethiopia’s Ministry of Water, Irrigation and Energy.

Ethiopia did not specify what the new guidelines were in its statement. Sudan’s Ministry of Irrigation and Water Resources said the guidelines only cover the first filling of the GERD and not future fillings, the state-run Sudan News Agency reported on Tuesday. Egypt felt the guidelines lacked rules for operating the dam and violated past agreements, according to the state-owned Al-Ahram news outlet.

Sudan also said the water levels in the Blue Nile River increased by an unspecified amount on Tuesday.

It is unclear if or when the tripartite negotiations will next occur.

The dam is a sensitive issue for all countries involved. The Nile is a major part of the East African economy. At a UN Security Council meeting on the GERD in June, Egypt said the agreement on the dam is a matter of “survival.” Ethiopia strongly believes that the dam is necessary to alleviate poverty in the country.

The disagreement runs the risk of turning into a more serious issue. The UN Security Council usually deliberates on issues of armed conflict, and it felt the need to host GERD discussions. An Ethiopian military commander also made a vague threat toward Egypt in June.