Ethiopia accused the Arab League of "meddling" on Tuesday as Egypt and Sudan seek UN deliberation on the issue. 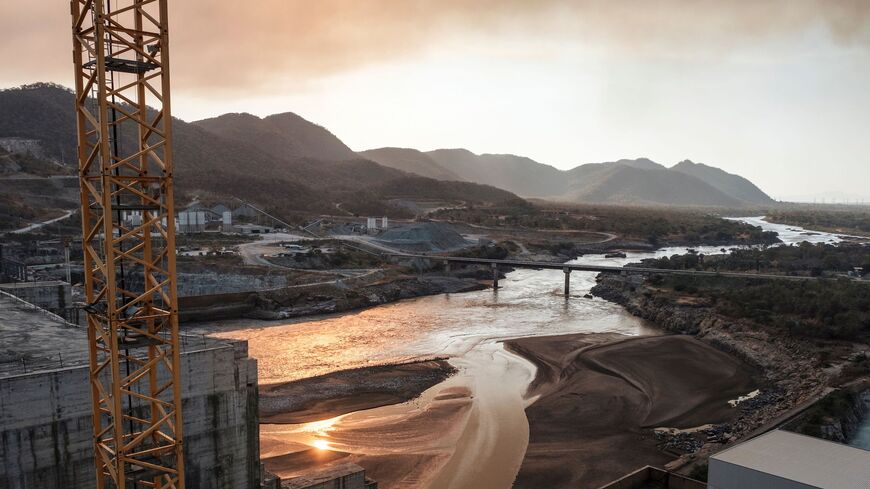 The Blue Nile River passes through the Grand Ethiopian Renaissance Dam near Guba in Ethiopia, on Dec. 26, 2019. - EDUARDO SOTERAS/AFP via Getty Images

The diplomatic row over Ethiopia’s mega-dam on the Nile River continued this week with the reported start of the second filling of the dam and a disagreement on the Arab League’s role in the dispute.

Sudan’s Foreign Ministry said that Ethiopia’s declaration that the second-stage filling of the dam has begun does not solve any outstanding issues.

“Sudan considered this notification useless unless the filling and operation of the dam is negotiated and agreed upon,” the Sudanese Foreign Ministry said in a statement on Monday.

Ethiopia started building the Grand Ethiopian Renaissance Dam in 2011 on the Blue Nile River, a major tributary of the Nile. The dam will provide electricity to its population of more than 100 million. The downstream nations of Egypt and Sudan are concerned that filling the dam sans an agreement could dangerously lower the water levels in the river in their countries. The Nile plays an important role in the economic, agricultural and industrial sectors of east African economies. Ethiopia began filling the dam last July and Ethiopia has said the process will take five to seven years to complete.

The Egyptian state-owned Al-Ahram news outlet reported that Ethiopia informed Egypt on Monday that the former had commenced the second-stage filling of the GERD. The official Sudan News Agency reported the same news on Monday and the Ministry of Foreign Affairs released its statement in response.

Egypt’s Water Resources and Irrigation minister spoke out against the news, saying it violated past agreements on the dam.

"The unilateral measure is an explicit and serious breach of the Declaration of Principles Agreement, as well as a violation of international laws and norms that govern projects built on the common basins of international rivers, including the Nile River,” said Mohamed Abdel-Ati, as reported by Al-Ahram.

Egypt and Sudan are now seeking United Nations Security Council deliberation on the GERD, and the council will convene Thursday to discuss the issue. Last month, the Arab League, of which Egypt and Sudan are members, also called for UN intervention in the dispute.

Ethiopia’s Ministry of Foreign Affairs dismissed the Arab League “meddling” in a statement on Tuesday.

“The League of Arab States has a reputation for its unfettered and unconditional support to any claim Egypt had presented on the issue of the Nile,” read the statement.

The ministry added that said the league is “undermining” its relations with the African Union.

Tripartite negotiations supported by the African Union, the United States and others have failed to produce an agreement in recent years. A US State Department official said last week that making a deal is a matter of “political will” on the part of Ethiopia, Egypt and Sudan.