Egypt is working on water projects with South Sudan in a bid to make up for water lost from the Nile as Ethiopia fills its Grand Ethiopian Renaissance Dam. 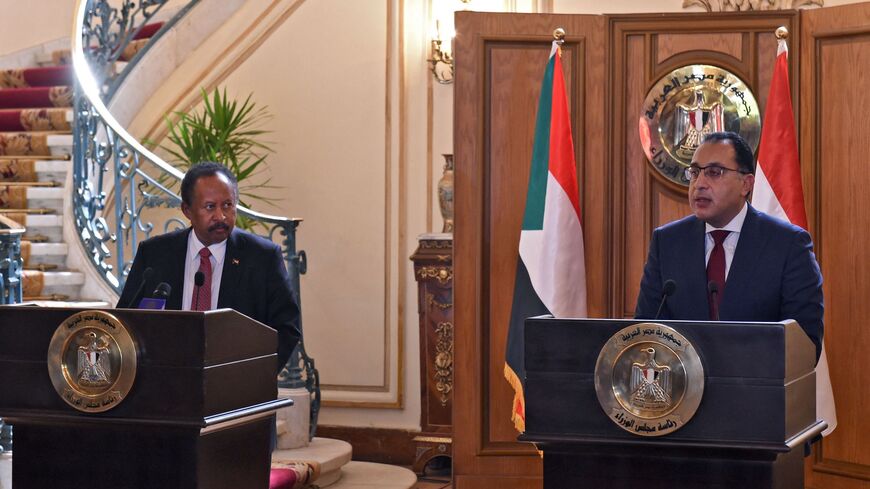 CAIRO — Many observers believe that Egypt is left with two choices regarding the negotiations on filling and operating the Grand Ethiopian Renaissance Dam (GERD): a military confrontation with Addis Ababa or finding an alternative water source.

Ethiopia’s Prime Minister Abiy Ahmed tweeted April 18 that his country is preparing for the second-stage filling of the dam’s reservoir in July and August despite the lack of an agreement with Egypt and Sudan. Ahmed claimed that filling the dam will not adversely impact the two downstream countries.

Abdel Ati spoke of a project linking Lake Victoria and the Mediterranean Sea through a corridor parallel to the Nile and another to develop the Bahr al-Ghazal Basin, which is one of the Nile’s tributaries from southern Sudan.

On April 7, South Sudan’s Minister of Irrigation Manawa Peter Gatkuoth said in an interview with the Russian Sputnik agency that the government of South Sudan had agreed with the Egyptian government to clean up the riverbed in the Bahr al-Ghazal Basin, help South Sudan deal with floods and begin massive irrigation projects in the region.

He added that cleaning the riverbed of the Bahr al-Ghazal Basin would facilitate river navigation and increase water flow into the Nile through the Blue Nile.

Ahmad Masoud, a former researcher of water issues at the Arab Countries Water Utilities Association, told Al-Monitor that the GERD, with or without an agreement with Egypt and Sudan, will negatively affect Egypt’s share of the Nile water during the filling of its reservoir.

“Egypt should find alternatives to cover its needs of water during this period,” he said.

“Cleaning the riverbed of Bahr al-Ghazal will increase South Sudan's confidence in Egyptian expertise and competence, which will contribute to expediting the project to develop, expand and deepen the Jonglei Canal. The canal connects the waters of Bahr al-Jabal in northern South Sudan to the Nile,” Masoud explained.

The GERD is expected to reduce Egypt’s share of the Nile water, which amounts to 55 billion cubic meters annually, by about 5 to 15 billion cubic meters per year during the filling periods, depending on rainfall as well as evaporation and other means of water loss, according to Mahmoud Abu-Zeid, former minister of irrigation and water resources and chairman of the nongovernmental Arab Water Council. Egypt can expect to resume receiving its normal share when the filling is completed.

Cairo is exploring various options including plans for sewage treatment, connecting other water resources to the Nile such as the Congo River and developing the Nile tributaries that run parallel to the Ethiopian tributaries such as Bahr al-Ghazal river and the Jonglei Canal.

Egyptian President Abdel Fattah al-Sisi has spoken twice about Egypt’s options in the GERD crisis since the negotiations stalled in March.

Sisi said March 31, “No one can take a drop of water from Egypt" or "the region would witness a state of instability that no one can imagine.”

On April 7, the Egyptian president said that “all options are open to deal with the GERD crisis.”

Gamal al-Issawi, a hydrogeologist at the Germany-based non-governmental organization Democratic Arabic Center, told Al-Monitor that Cairo looking for water alternatives does not “mean, in any way, that Egypt has surrendered to Ethiopia’s fait accompli strategy.”

He added, “Egypt suffers from water poverty even before the construction of the GERD. Therefore, it is imperative to look for other ways to secure water and to develop alternatives to cover Egypt’s water needs, whether the GERD existed or not.”

Issawi said that water poverty has caused agricultural lands to shrink for several years before the construction of the GERD began. He noted that the diversification of water sources is in Egypt’s interest to reduce its water deficit and prevent pressure from other countries in the future.