Will Egypt run out of water?

How will Cairo manage the risk of endangering its historic water share following the failure of the Egyptian and Ethiopian negotiations on the construction of the Renaissance Dam on the Blue Nile? 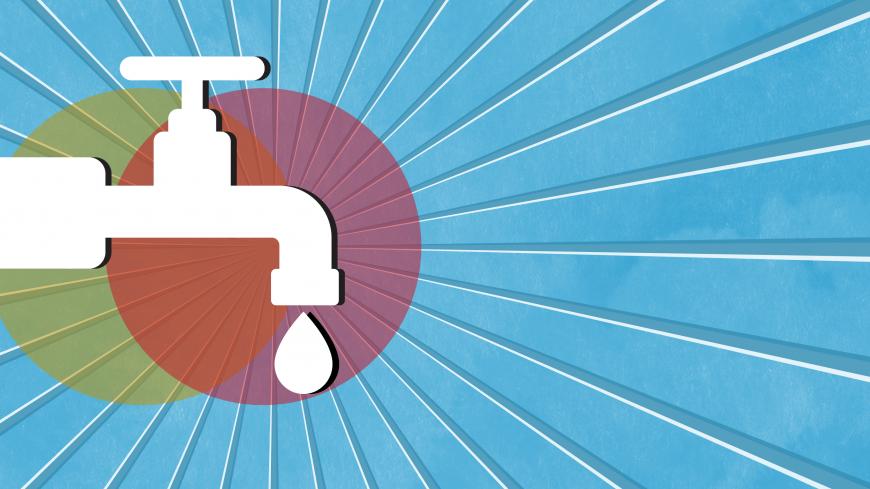 CAIRO — Egypt is facing a fait accompli after its minister of water resources and irrigation, Mohamed Abdel Ati, announced Nov. 12 the failure of negotiations with Ethiopia and Sudan to agree on the most appropriate mechanism for filling and operating the Renaissance Dam without harming Egypt.

Egypt is concerned about the dam's potential negative effects on its water share of the Nile River — 55.5 billion cubic meters (bcm) annually, as stipulated in the 1929 and 1959 agreements. The Nile provides Egypt with about 97% of its total water needs, while the remaining 3% is supplied by low rainfall on the northern coast and in the Sinai Peninsula, and by non-renewable groundwater.

The Grand Ethiopian Renaissance Dam is furthering Egypt’s water concerns. In a phone interview on ONTV's show "Kol Youm" ("Every Day") on Nov. 13, the chief of staff of the Armed Forces' Engineering Authority, Kamel al-Wazir, said the biggest desalination plant in the world is under construction in Ain Sukhna with a production capacity of 164,000 cubic meters of water per day. He also referred to three other giant water plants each with a capacity of 150,000 cubic meters per day — located in al-Galala, east of Port Said governorate and the New El Alamein city.

Wazir noted that the stations on the northwest coast and in South Sinai purify 1 million cubic meters (mcm) of seawater per day, expecting a future increase of the production capacity of desalinated water. He added that a sewage and agricultural wastewater treatment plant is also under construction with a production capacity of 5 mcm per day in the eastern Suez Canal.

Nader Noureddine, a professor of water resources and irrigation in Cairo University's agriculture faculty, told Al-Monitor that filling the dam’s lake is expected to deprive the downstream countries — Egypt and Sudan — of 30 bcm of water per year if Ethiopia insists on filling the dam in three years.

He explained that the dam has a storage capacity of 74 bcm, while 5 bcm are expected to be lost as a result of evaporation from the reservoir in addition to a loss of 10 bcm as a result of side and deep leakage. This means that Ethiopia would be consuming around 90 bcm per year.

However, Noureddine said that if Ethiopia agrees to Egypt's request to expand the first filling period of the dam lake to six years, the water lost by the two downstream countries will be reduced to about 15 bcm annually. “This means that Sudan will be losing 5% of its annual 18.5 bcm water share compared to a loss of 10% for Egypt,” he said.

He summarized what he believes to be the sustainable impacts on Egypt if the dispute over the first filling period is resolved by the loss of at least 12 bcm of water per year annually.

“Egypt will lose 200,000 acres of agricultural land with every billion cubic meters of water it loses from its share,” former adviser to the minister of water resources and irrigation, Dia Eddin al-Qawsi, told Al-Monitor. “One acre needs 5,000 cubic meters of water per year. Egypt uses about 85% of its share of the Nile River for agricultural purposes, while the remaining 15% is consumed for domestic and industrial purposes.”

Abbas Sharaky, the head of the Department of Natural Resources at Cairo University's Institute of African Research and Studies, told Al-Monitor, Ethiopia has 85% of the water flowing into Egypt, and this is only from one of the 11 Nile Basin countries.

He said that apart from the future effects of the dam, Egypt is currently under the water poverty line with an annual per capita water share of 560 cubic meters compared to an international share of 1,000 cubic meters.

Sharaky explained that Egypt's annual renewable water resources amount to 56 bcm, but with a total population of more than 100 million the country needs about 400 cubic meters of additional water per capita per year to meet its needs.

“The individual reuse of sewage and agricultural water would compensate for 200 cubic meters,” he said. “The other 200 cubic meters are imported by the state in the form of food commodities to cover the remaining water shortage.”

Praising the state's strategic option of desalinating seawater, Qawsi said that whenever the Nile water has to be transported for a distance exceeding 100 kilometers (62 miles), purifying seawater would be a more economically viable solution.

However, Sharaky does not believe seawater desalination will solve the current or expected water crisis after the construction of the Renaissance Dam, as desalinated water would be used only for industrial and tourism purposes.

“Egypt is not short on potable water, but rather on water allocated for agricultural use. The state must implement a plan to reduce the proportion of Nile water used in agriculture to 70%,” he said.

Ali Ismail, the director of the Soil, Water and Environment Research Institute, called on the government to adopt modern irrigation systems to save 25% of the water wasted annually as a result of traditional irrigation systems. He told Al-Monitor that the Ministry of Agriculture and Land Reclamation and the Ministry of Water Resources and Irrigation have to rearrange the crop map to prevent the cultivation of water-intensive crops such as bananas and sugar cane while reducing rice cultivation areas from 1 million acres to 700,000.

Meanwhile, Sharaky is not concerned by the water shortage in Egypt, pointing to countries optimizing the use of their scarce water resources. He said, “The Democratic Republic of Congo, for example, has an annual per capita water quota of 23,000 cubic meters but is one of the 10 poorest countries in the world, while Kuwait with its 10 cubic meters of annual per capita water quota has one of the best standards of living in the world.”

Noureddine proposed cooperation with South Sudan to save about 20 bcm of water a year by reviving projects to prevent water losses in South Sudan, such as the Jonglei Canal and the Bahr el Ghazal project.

He also called on studying again the feasibility of the projects to reclaim the desert lands in Egypt, such as the 1.5 million acre reclamation project that mainly depends on non-renewable groundwater. “Egypt ought to exploit its groundwater to fill the potential water deficit and not the high-cost, low-profit projects,” he said.