Ethiopia plans to continue talks with Egypt and Sudan after Ethiopia backtracked from reports it had started filling the controversial dam last week. 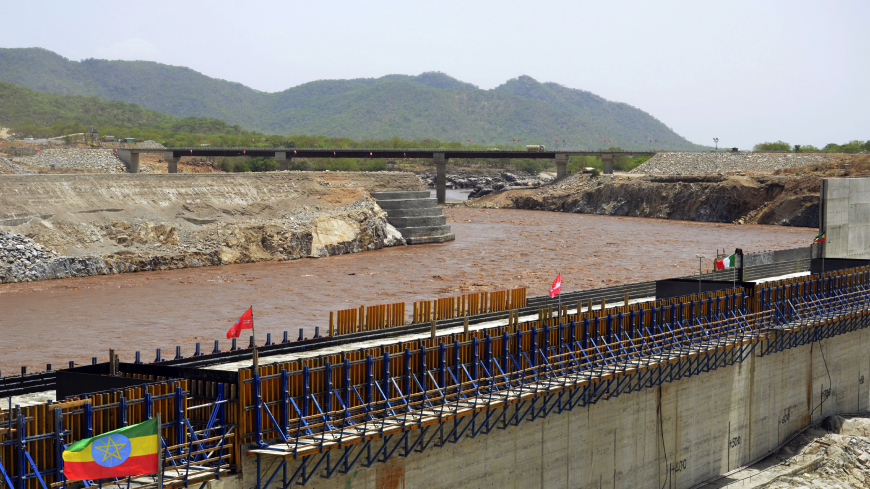 A picture taken on May 28, 2013, shows the Blue Nile in Guba, Ethiopia, during its diversion ceremony. Ethiopia has begun diverting the Blue Nile as part of the Grand Ethiopian Renaissance Dam hydroelectric project. - AFP via Getty Images

The first year of filling Ethiopia’s mega dam on the Nile River has been “achieved,” and talks with Egypt and Sudan will continue, the Ethiopian government said today.

“It has become evident over the past two weeks in the rainy season that the GERD first year filling is achieved,” the prime minister's office said in a statement released on Tuesday following an African Union (AU) meeting.

Ethiopia planned to start filling the GERD in July during the country’s rainy season. The dam sits on the Blue Nile River, which flows into the Nile River. Ethiopia wants the dam to provide energy and help its economy. Egypt and Sudan are concerned filling the dam could dangerously lower the water levels in the parts of the Nile in their countries.

Last week, Ethiopia’s public broadcaster reported that the filling of the dam had begun. Sudan then immediately said its water levels dropped significantly. The same day, Ethiopia’s Minister of Water said that they had not begun filling, and that heavy rainfall was responsible for the confusion.

Egypt sought immediate clarification from Ethiopia following the news of the filling, and a diplomatic source familiar with the GERD negotiations told Al-Monitor the incident embarrassed Ethiopia.

Ethiopia said today there will be more talks.

“Ethiopia, Egypt and Sudan agreed to further technical discussions on the filling … in the AU-led process and to proceed to a comprehensive agreement,” read today’s statement.

Ethiopia’s statement did not provide many details, but it appears to indicate there will be no unilateral filling by the country in the near future and that tripartite negotiations will continue. The statement followed reports each country gave to the AU on the latest round of negotiations, which ended earlier this month.

Egypt and Sudan did not appear to immediately respond to Ethiopia’s statement.

Tensions have increased significantly over the dam this year. At a UN Security Council hearing on the issue in June, Egypt said filling the dam threatens its “survival.” The council usually meets on matters of international conflict. An Ethiopian military commander made a vague threat toward Egypt earlier last month.