This is the first set of talks since Ethiopia's controversial July announcement that it had completed the first stage of filling of the Grand Ethiopian Renaissance Dam. 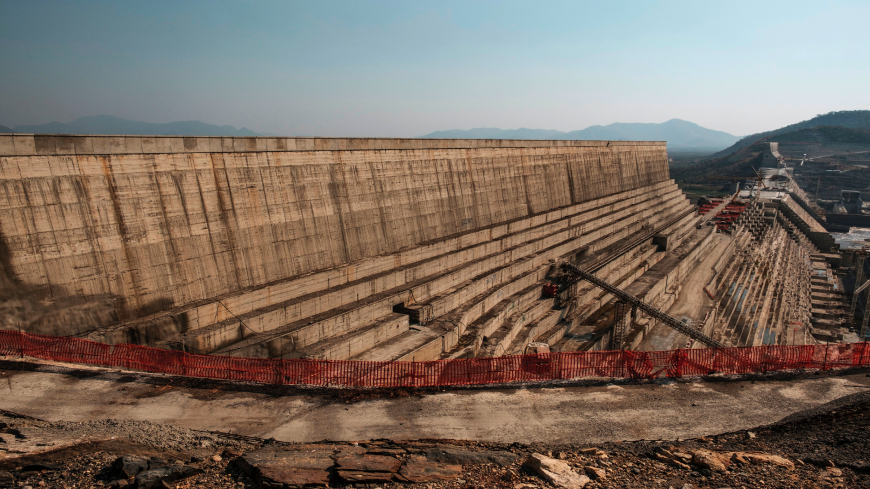 A general view of the Grand Ethiopian Renaissance Dam, near Guba in Ethiopia, on Dec. 26, 2019.

Ethiopia, Egypt and Sudan resumed talks on Ethiopia’s mega dam on the Nile River today. It is the first round of negotiations since Ethiopia’s controversial announcement in July that the first stage of dam filling had been completed.

Ethiopia built the Grand Ethiopian Renaissance Dam on the Blue Nile River, which is a tributary of the Nile River. Ethiopia wants to fill the dam to provide electricity to the country and help alleviate poverty. The upstream nations, Egypt and Sudan, believe filling the dam sans an agreement could dangerously lower the water levels in the Nile in their countries.

This is the first round of talks since Ethiopia announced — but then backtracked from —the unilateral filling of the dam last month. On July 15, public broadcaster Ethiopian Broadcasting Corporation announced the filling of the dam had begun. Sudan quickly said the water levels in its parts of the river dropped. The same day, Ethiopia’s water minister denied the filling had started, saying that heavy rainfall resulted in an increase in the dam’s water levels.

In a statement days later, Ethiopia said the first year of filling had been “achieved” and stated its desire to continue negotiations. The next talks will be on Thursday, according to Sudan News Agency.

The countries are unlikely to budge from their previous positions despite averting a crisis in July. Ethiopian diplomatic accounts celebrated the first year of filling on Twitter today using the #ItsMyDam hashtag. Egypt criticized the filling Ethiopia has done until now during the meeting today, according to the Egyptian state-owned media outlet Al-Ahram.