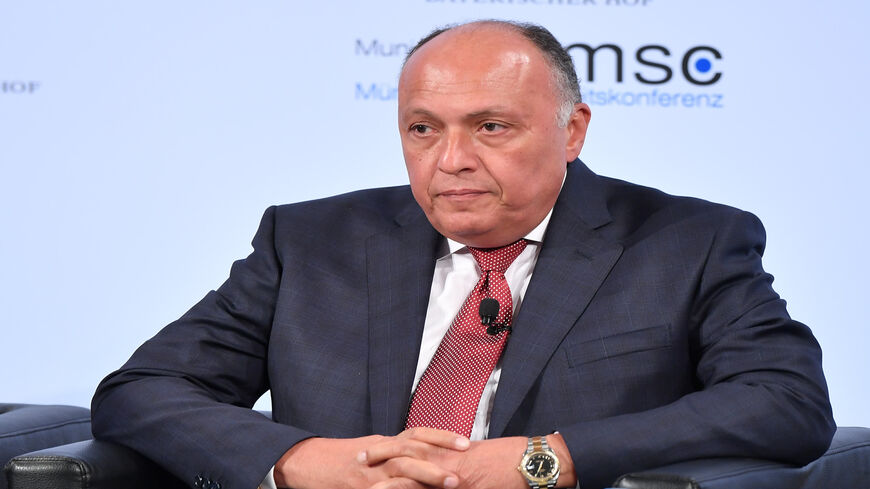 Egypt’s top diplomat is currently on a tour of African states. One reason for the blitz is to build support for Cairo’s position regarding the dispute over Ethiopia’s mega dam on the Nile River.

Egyptian Foreign Minister Sameh Shoukry visited South Africa today where he met with President Cyril Ramaphosa. The two discussed the Grand Ethiopian Renaissance Dam (GERD), and Shoukry reiterated to the president that Egypt wants a negotiated and legally binding agreement on the matter, according to the Egyptian state-owned Al-Ahram news outlet.

Ethiopia began filling the GERD last July. Addis Ababa wants the massive hydroelectric dam to provide power to its population of more than 100 million and help alleviate poverty. The dam is located on the Blue Nile River, which flows into the Nile. The downstream nations of Egypt and Sudan believe filling the dam sans an agreement regulating this could dangerously impact the river’s water levels in their countries.

Shoukry’s trip follows the failure of the latest round of GERD negotiations to produce a deal. Egypt, Ethiopia and Sudan held talks in the Democratic Republic of the Congo, which is chairing the African Union (AU) in 2021, earlier this month. The talks again ended without an agreement. Following the deliberations, Ethiopia proposed a data exchange agreement regarding the measures needed to fill the dam, but Egypt rejected this. Ethiopia intends to begin the next phase of filling the GERD in July and August during East Africa’s rainy season.

Following South Africa, the foreign minister returned to the Democratic Republic of Congo later today, according to the Egyptian Ministry of Foreign Affairs. The ministry did not provide many details on the visit, but mentioned the country’s chairing of the AU in a tweet on the trip.

Shoukry also visited Kenya and Comoros yesterday. His trip will additionally include visits to Senegal and Tunisia, according to Al-Ahram.

Kenya and Tunisia are particularly important on the GERD issue as they are the only African states currently on the United Nations Security Council. Shoukry’s visit to South Africa is also notable because South Africa chaired the AU last year and thus mediated negotiations at the time.