Prime Minister Benjamin Netanyahu announces full, historic peace with the United Arab Emirates, and says he is not giving up on implementing Israel sovereignty on West Bank lands. 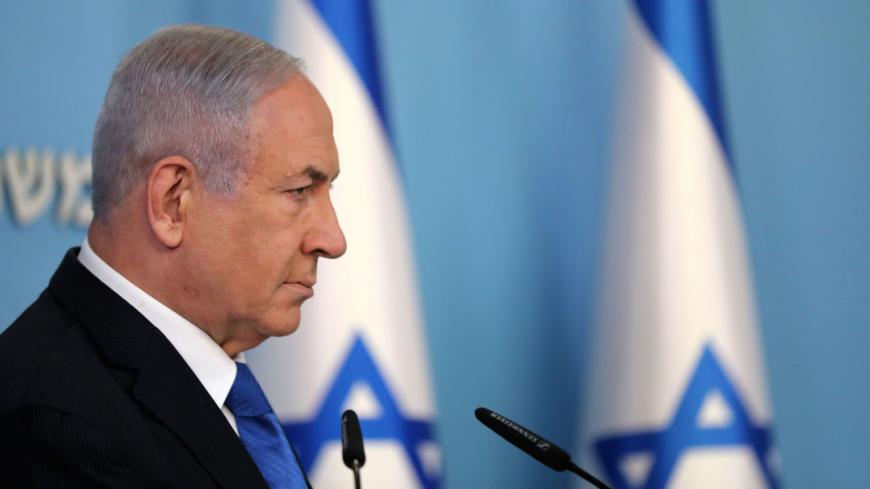 Prime Minister Benjamin Netanyahu delivered a televised speech this evening, announcing a historic comprehensive peace with the United Arab Emirates (UAE). Netanyahu explained that delegations from both countries will meet in the coming days to discuss details for an agreement in all the relative fields, including the opening of mutual embassies, direct flights, cooperation in the battle against the coronavirus, environmental issues, energy and more. He also said that he believes other Arab countries would soon follow in the footsteps of the UAE.

Responding to questions by reporters, Netanyahu rejected the assertation that normalization with the UAE would be carried out in exchange for Israel giving up on annexation. The prime minister stressed that there is "no change in my plans for annexation, with full coordination with the US," explaining that he has always stressed that annexation could be carried out only with the agreement and support of Washington. He also said that he is still fully committed to his election promises of implementing Israeli sovereignty on Jewish settlements in the West Bank, adding that all sides involved in reaching normalization with the UAE agreed simply on suspending momentarily the issue of annexation. "I will never give up on our rights in our land,” said Netanyahu.

Asked if he is ready to repeat his 2009 support for the two-state solution, Netanyahu said he is committed to President Donald Trump’s peace plan, calling it the most realistic plan since 1967. Still, he refused to define what a Palestinian entity would be.

Clearly, Netanyahu was trying to appease his right-wing camp, which believes that the agreement with the UAE scraps all chances for annexation. While praising the agreement, Yamina leader Naftali Bennett said, “It’s unfortunate that Netanyahu has squandered a once-in-a-hundred-years chance to extend Israeli sovereignty to the Jordan Valley, Ma’ale Adumim, Beit El and the rest of the settlements. It is tragic that Netanyahu did not seize the moment and did not have the courage to implement sovereignty even on one square centimeter of the land of Israel.”

Netanyahu’s coalition partners, Defense Minister Benny Gantz and Foreign Minister Gabi Ashkenazi, were informed about the agreement only minutes before Trump made his declaration. Asked why he did not inform his Blue and White partners earlier, Netanyahu said that all the parties involved in reaching the deal agreed to keep it between them until the very last moment, and so did he.

Despite being sidelined, both Gantz and Ashkenazi praised the agreement. Minister Ashkenazi tweeted, "I congratulate PM Netanyahu on the agreement. … I welcome the decision to halt unilateral annexation & am committed to discussing in detail the full balanced Trump Peace Initiative with countries of the region." Evidently, the coming days will reveal whether annexation is indeed still on the table, as Mr. Netanyahu insisted.