Prime Minister Benjamin Netanyahu is facing contradictory estimates from security agency chiefs on whether annexation will generate massive uprisings in the West Bank and Arab retaliation. 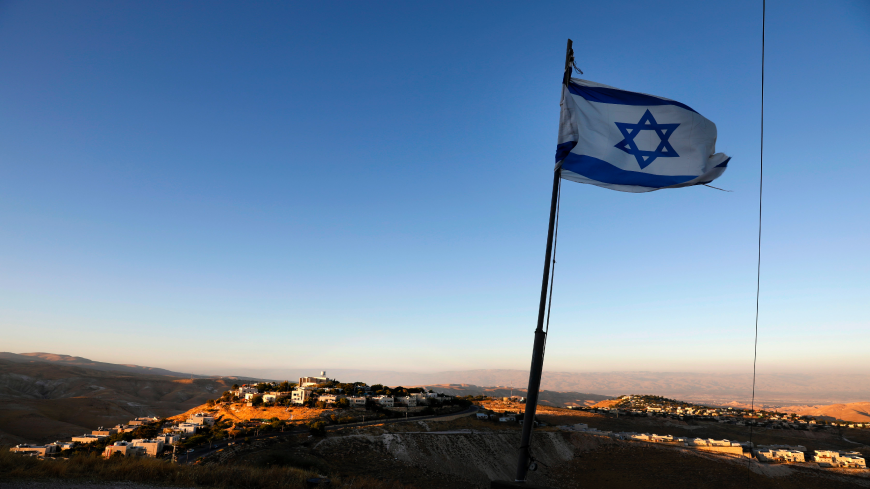 An Israeli flag flutters near the Kfar Adumim settlement, east of Jerusalem, on June 23, 2020, with the Judean Desert in the background in the occupied West Bank. The government of Israeli Prime Minister Benjamin Netanyahu has said it could begin the process to annex Jewish settlements in the West Bank as well as the strategic Jordan Valley on July 1. - MENAHEM KAHANA/AFP via Getty Images

With the looming July 1 target date for annexing parts of the West Bank, Prime Minister Benjamin Netanyahu faces an intense dilemma as he weighs the warnings of Israel’s top security and defense agencies about the potential fallout of such a move. Some, such as Chief of Staff of the Israel Defense Forces (IDF) Lt. Gen. Aviv Kochavi and Military Intelligence Chief Maj. Gen. Tamir Heyman, are more definite and explicit. Others, like the Shin Bet head Nadav Argaman, are voicing lower-key warnings, whereas Netanyahu’s man, also tagged by some as his successor, Mossad Chief Yossi Cohen, deflects the alarmist attitudes as exaggerated. He does not see an outbreak of Palestinian violence in the wake of annexation, and he rejects forecasts of possible damage to Israeli interests and to its clandestine ties with the Gulf States. Cohen is emphatic in dismissing the panic, in arguing that the Arab world and the Palestinians specifically will accept the Israeli move, in rejecting scenarios of a third intifada and insisting that Israel’s ties with its neighbors, near and far, will survive intact.

Cohen popped over to the Jordanian port town of Aqaba this week for a lightning visit, meeting secretly with the main troublemaker of the annexation plan, King Abdullah II. The Mossad director is in charge of contacts with Arab states and of Israel’s clandestine relations with countries that do not have official diplomatic ties with the Jewish State. In recent months, Cohen has become the cornerstone, the main pivot of Netanyahu’s attempts at damage control over the annexation and of his bid to prove to Defense Minister Benny Gantz and Foreign Minister Gabi Ashkenazi, both former military chiefs, that imposing Israeli sovereignty over land claimed by the Palestinians would not harm Israel’s strategic interests.

On June 25, at a pilot training graduation ceremony at the Hatzerim Air Force Base, Netanyahu announced that the health ministers of Israel and the United Arab Emirates (UAE) would “declare within minutes cooperation between their countries on the coronavirus issue.” This was Netanyahu’s and Cohen’s response to the June 12 op-ed piece by UAE Ambassador to the United States Yousef Al-Otaiba in the Israeli Yediot Ahronoth newspaper warning against the implications of annexation, and to the tweet by UAE Crown Prince Mohammed bin Zayed backing King Abdullah’s opposition to annexation.

Israel is waging its battle for the hearts and minds of the Gulf States and for the stability of its ties with Jordan and Egypt, even as Netanyahu is trying to fathom what the Trump administration and President Donald Trump himself will end up deciding in the coming days on the annexation issue. Netanyahu is less concerned about warnings by Kochavi and Argaman, according to which imposing Israeli sovereignty over parts of the West Bank would also spark violence in Gaza, which could spread to the West Bank and even prompt a third intifada. He is mostly worried about the Americans, the Europeans and the International Criminal Court in The Hague. He is also worried about the position of his two faltering government partners, Ashkenazi and Gantz.

These two are undecided about what position to adopt. Two weeks ago at the beginning of June, they welcomed the Trump administration’s clarification that it would only greenlight the annexation if all Israeli government partners were on board, effectively giving the duo veto power over the controversial move. However, the veto has turned into a double-edged sword, causing more harm than good for their Blue and White party. Given the current state of affairs, the Americans are hoping that Blue and White can talk Netanyahu down from the risky ledge he has climbed, whereas Blue and White is hoping the Americans will do the job for them. Each side is hoping the other will square its shoulders and present Netanyahu with the bitter news.

Netanyahu, for his part, is threatening his partners that if they derail the annexation plan, he will call new elections. Blue and White is trying to remain calm, even as daunting poll results of recent weeks give Netanyahu and his allies an overwhelming majority. Gantz and Ashkenazi will try to limit the annexation to the bare minimum rather than going down in history as those guilty of torpedoing the move.

And the Americans? They are still punting. The president’s top adviser, Kellyanne Conway, said on June 25 that she was leaving it to Trump to make the “big announcement” on the annexation. Nonetheless, Washington sources say the administration is still undecided between the conflicting views of US Ambassador to Israel David Friedman, a staunch pro-annexation advocate, and of Trump’s senior aide and son-in-law, Jared Kushner, who has serious reservations above the move at this time. Trump, himself, is far less interested in this argument than he was in unveiling his so-called “deal of the century” for Israeli-Palestinian peace in January. He is plummeting in the polls and needs a miracle to get him back into the saddle ahead of November. He will only do what helps him get re-elected. Period.

On the backdrop of all of that, the Israeli public is largely indifferent to the issue. Israelis are troubled by the ongoing spread of the coronavirus epidemic, by the relentless unemployment figures and the deteriorating economic fallout threatening to upend the decade of prosperity under Netanyahu. Only a negligible percentage of Israelis are interested in the annexation debate, which makes it somewhat of an electoral non-issue for Netanyahu. The defense chiefs’ warnings of violent escalation in response to annexation also weigh heavily on the prime minister. A document prepared by the IDF’s Intelligence Directorate warns of renewed shooting attacks against Israeli soldiers and civilians in the West Bank and even of renewed suicide bombings, which Israelis have been spared in recent years.

Blue and White, for its part, is expected to present an annexation blueprint of its own. It will be limited in scope to two or three settlement blocs that enjoy broad public consensus and will include an especially tempting “goody bag” for the Palestinians. “This annexation can be called the plan for strengthening Jerusalem,” a senior party source told Al-Monitor on condition of anonymity. “Israel will annex the Etzion settlement bloc and the settlement town of Ma’ale Adumim, strengthening Jerusalem from the south and east. In return, it will give the Palestinians all the municipal Jerusalem neighborhoods that lie outside the separation barrier.” The source added that a similar pilot program could apply to the north, annexing the settlement town of Ariel and giving the Palestinians in return chunks of the West Bank’s Area C around the town of Qalqilya on which to build high-tech parks and industrial zones.

Blue and White believes that such a move would provide Israel with maximum land at minimal cost, enabling it to both annex territory it has occupied for over 50 years and avoid extensive entanglement with opponents of such a move. In the Middle East, though, anything that can go wrong ends up going wrong. As it pertains to annexation, the mess is already here.