Iran and the United Arab Emirates have worked together on the virus before despite them being on opposite sides of Middle Eastern conflicts. 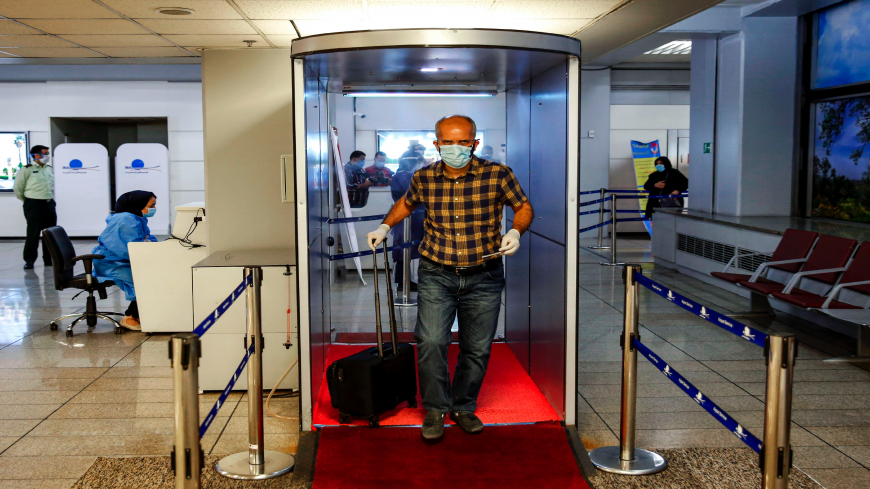 An incoming passenger crosses with his luggage through a disinfection tunnel upon arriving on an Emirates flight at the Iranian capital Tehran's Imam Khomeini International Airport on July 17, 2020. - AFP via Getty Images

Top diplomats from Iran and the United Arab Emirates (UAE) discussed the coronavirus crisis on Sunday. It was not the first time the regional foes have put aside their differences to discuss the pandemic.

The state-run Emirates News Agency reported the two talked about international cooperation to fight COVID-19 and the importance of a vaccine for the virus.

The UAE and Iran are on opposites sides of conflicts in the Middle East. The UAE is a strong ally of Saudi Arabia, which is a major opponent of Iranian policies in the region. The UAE has also grown closer to Israel amid these tensions with Iran. In late June, US policy coordinator for Iran Brian Hook visited the UAE and met with Zayed to discuss extending an arms embargo on Iran.

Perhaps the clearest example of Iranian-Emirati disagreement is in Yemen. Iran backs Houthi rebels against the government. The government is supported by the Saudi-led coalition, of which the UAE is a part. Saudi Arabia’s alliance has fractured recently with the declaration of self-rule from the UAE-backed Southern Transitional Council. Last week, the separatists declared an end to their autonomy, which paves the way for Saudi Arabia and the UAE’s allies to reconcile.

In March, the UAE sent medical equipment to Iran. This assistance was unprecedented at the time.