China is working on improving its relations with Gulf states, primarily focusing on development. 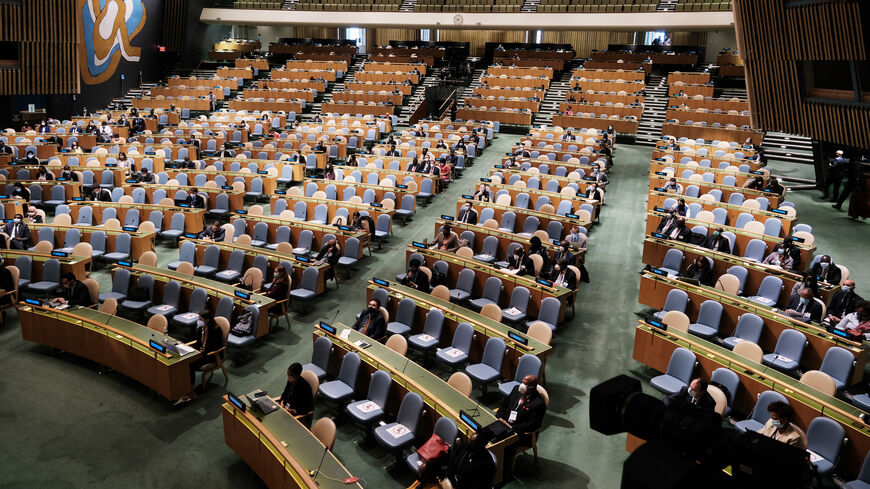 Due to COVID-19 restrictions, a smaller number of delegates are attending the 76th session of the United Nations General Assembly at the UN headquarters on Sept. 23, 2021, in New York City. - Spencer Platt/Getty Images

The top diplomats of the United Arab Emirates and China discussed strengthening cooperation in a phone call Thursday.

Nayhan referred to the UAE’s “outstanding friendship” with China, according to the agency.

The UAE and other Gulf states have traditionally been close allies of the United States. China has sought to improve its relations with the Gulf and Chinese diplomats toured the UAE, Saudi Arabia, Bahrain and Omar earlier this year.