A way forward for the United States and Turkey

Turkish-US relations, while fraught with tension, must also align with a mutual interest in stability in the Middle East and preventing the spread of weapons of mass destruction. 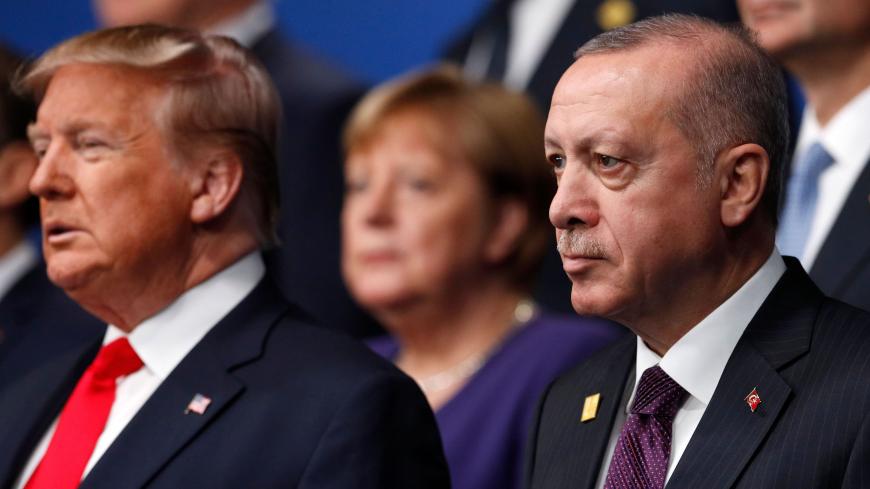 US President Donald Trump (L) and Turkey's President Recep Tayyip Erdogan (R) pose for the family photo at the NATO summit at the Grove Hotel in Watford, northeast of London, on Dec. 4, 2019. - PETER NICHOLLS/AFP via Getty Images 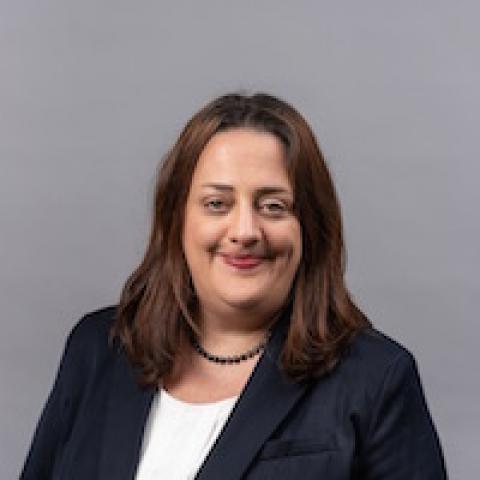 Indeed, the list of US-Turkish differences is longer than ever, including the pending extradition request for Gulen; opposition to US support for the People's Protection Units, which Turkey ties to the Kurdistan Workers Party, and other Kurdish groups seeking control in northern Syria; Turkey’s S-400 purchase from Russia and the subsequent removal from the F-35 Joint Strike Fighter consortium; Turkey’s strained relationship with Israel; and the recent congressional resolutions questioning Turkey’s future within the NATO alliance and commemorating the Armenian genocide, a deeply sensitive issue within the Turkish American community and widely opposed. Increased Turkish repression at home, including the targeting of independent media and civil society, is another area of growing concern. Needless to say, Turkey is not currently a popular ally in Washington and vice versa.

The only exception to the fraying ties appears to be the strong personal relationship between presidents Recep Tayyip Erdogan and Donald Trump, where periodic phone calls smooth over friction and reportedly lead to areas of alignment — first in Syria with the surprise US withdrawal announcement and then in Libya with support for Turkey’s intervention in support of the UN-recognized government. Despite strong congressional pressure, Trump has continued to hold off imposing the Countering America’s Adversaries Through Sanctions Act on Turkey’s purchase of a Russian air and missile defense system, currently under storage reportedly due to the coronavirus pandemic. But such rare cases of alignment and accommodation driven by personal ties are likely to be short-lived given the underlying gaps between Ankara’s and Washington’s strategic priorities. Consequently, regardless of who is in the White House after the 2020 US elections, continuing friction in the US-Turkish relationship is likely for the foreseeable future.

And yet, Turkey is too critical a player in the Middle East to write off. As one of the major non-Arab powers alongside Israel and Iran, and one of the most experienced, well-equipped militaries in the region and a NATO ally, it may be important for the region’s stability and prosperity to find constructive ways for the United States to work with Turkey in the years ahead.

Turkey’s entanglement in regional conflicts, as well as Erdogan’s shift to a revisionist regional policy through military interventions in Syria and Libya, could make it difficult to frame the agenda with Turkey around ending regional wars. Turkey may find its own constraints with continuing its military operations and eventually focus attention back home, particularly given increasing economic challenges in the midst of the global economic downturn and the pandemic. Regardless, we do not foresee openings for significant improvement in bilateral relations between Turkey and the United States as long as the current political dynamics and deep disagreements leading to strong anti-American sentiments are in place.

Consequently, we might suggest an alternative approach focused on a regional rather than a bilateral agenda — specifically, a possible road map for US-Turkish cooperation focused on a regional security and weapons of mass destruction (WMD) nonproliferation agenda. This could be a critical issue for regional stability and an area with multiple looming crisis points in the months and years ahead. In principle, it may also be an area where there is common interest in preventing the further spread of chemical, biological and nuclear weapons in the Middle East. Indeed, despite continued Turkish-Iranian economic ties and Turkey’s political engagement with Iran through forums like the Astana process, Turkey continues to be wary of Iranian intentions and supports the Iran nuclear deal. Turkey opposes the capability of Iran to acquire nuclear weapons because of the threat this would pose to regional stability. Similarly, Turkey adamantly opposes the chemical attacks by Syria's Bashar al-Assad regime. This could provide a foundation for a cooperative regional agenda with the United States, working with international forums, despite the general friction in the bilateral relationship.

While the pandemic caused the postponement of the 10th review conference of the nuclear Nonproliferation Treaty (NPT) until early 2021, remote consultations and planning have already started. The year 2020 also marks the 50th anniversary of the NPT regime’s entry into force. The 1995 NPT review conference not only resulted in the indefinite extension of the treaty but also called for the “establishment of an effectively verifiable Middle East zone free of weapons of mass destruction, nuclear, chemical and biological, and their delivery systems.”

Despite consultations and efforts to establish an agenda for a WMD free zone in the Middle East, a consensus was not reached at the last review conference in 2015. At a time when arms control regimes are under strain due to great power competition, member states could have a common cause to focus on Article IV of the NPT, i.e., the peaceful uses of nuclear energy and international cooperation under the International Atomic Energy Agency (IAEA). The focus on keeping nonproliferation norms relevant to the growing energy needs and civilian nuclear plans is likely to generate interest and regional buy-in. As the United Arab Emirates recently operationalized its first nuclear power plant, many others, including Saudi Arabia, Jordan, Egypt and Turkey, are looking to follow.

While Turkey is embarking on a nuclear energy program with Russia at the Akkuyu site, the fact that it will not pursue the nuclear fuel cycle and enrichment can address nonproliferation concerns if the project proceeds in a transparent manner. The United States and Turkey already have the “123 Agreement” for peaceful nuclear cooperation under agreed nonproliferation controls. The 2008 agreement has an initial term of 15 years due in 2023, with a provision for automatic renewal in five-year increments.

To bypass political deadlocks, under the NPT review conference umbrella, the United States and Turkey have a common interest in the continued facilitation and convening of dialogue with regional parties on tailored confidence-building measures and technical cooperation through the IAEA. Building on this framework, as well as the upcoming first review conference for the amended Convention on the Physical Protection of Nuclear Material in 2021, one area to collaborate on could be establishing a regional information-sharing mechanism for regionalizing the IAEA nuclear security resources on best practices in combatting terrorist access and insider threats.

These are tough days for Turkey’s future in the Western alliance. But a long-term approach that looks beyond the current leadership and identifies openings for cooperation and engagement in the future when strategic conditions and political orientations may change could help. Building on this shared interest in WMD proliferation in an active conflict region and reinforcing norms for the peaceful use of nuclear energy may help alleviate the myriad tensions in US-Turkish relations and provide a foundation for improved relations in the future. It may also have the added benefit of advancing stability in a region on the brink.