Iran seeks relief from US sanctions in Asia

In its foreign policy toward Asian and Eurasian states, Iran is extending its outreach beyond traditional allies China and Russia to draw support from a range of countries and reduce the impact of US sanctions. 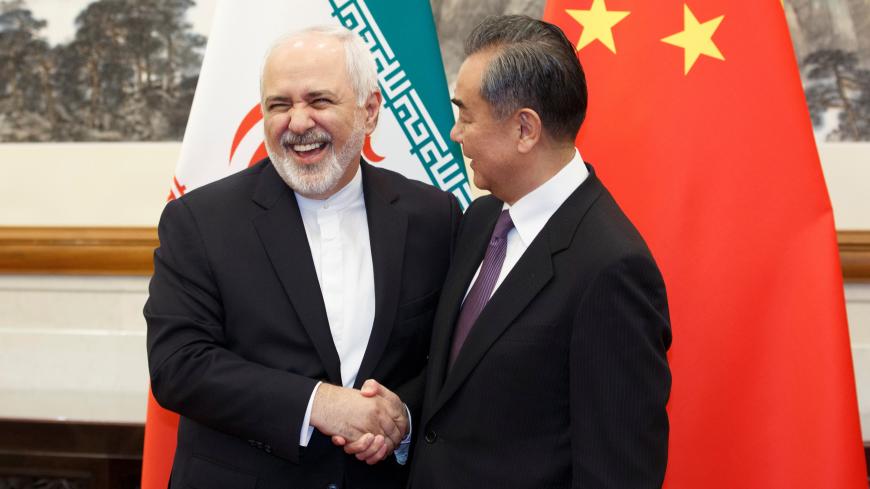 Hoping to ease the pain of mounting US pressure, Iran has been exploring all its diplomatic channels. Most recently, President Hassan Rouhani spent two hectic days networking at international conferences.

He attended the Shanghai Cooperation Organization summit, held June 13-14 in Kyrgyzstan's capital, Bishkek, and the Conference on Interaction and Confidence Building Measures in Asia on June 15 in Tajikistan’s capital, Dushanbe.

During both events, Rouhani had a single mission: to elucidate Iran's major policies in the presence of leaders and officials representing more than 20 countries.

Rouhani's trips to Kyrgyzstan and Tajikistan marked his first foreign state visits since May 8, when Iran officially announced measures to reduce its commitments under the nuclear deal. His speeches were meant to legitimize the strategy and criticize US actions as an unlawful campaign.

At the Shanghai Cooperation Organization summit, he urged the JCPOA's remaining signatories to abide by their obligations and provide Iran with the promised dividends. Addressing the Conference on Interaction and Confidence Building Measures in Asia, he reinforced that Tehran can’t be the sole participant committed to the deal, and that other signatories should do their share to help the plan survive. Otherwise, he warned, Tehran will suspend more of its own obligations.

Rouhani was pleased by the positive comments he received, particularly from Russian President Vladimir Putin, who in his addresses at both summits raised concern about the JCPOA’s current status. Putin noted that the US departure from the pact "has significantly impeded its implementation, and has had a negative effect on the overall situation in nuclear nonproliferation.”

Chinese President Xi Jinping stressed Beijing's willingness to keep the JCPOA alive and continue cooperation with the Islamic Republic. The final communique at the Shanghai Cooperation Organization summit noted Iran's stance, emphasizing the need for all sides to the JCPOA to honor their obligations.

Similarly, the statement released at the closure of the Tajikistan conference hailed the JCPOA as a "significant diplomatic achievement of multilateral diplomacy.” While mere political support may not sound sufficient to satisfy Iran, it can reinforce Tehran’s stance and boost its legitimacy in the international arena.

Another goal of Rouhani’s visits was to strengthen Iran's regional relations and activate its diplomacy with Asian and Eurasian partners during the economic malaise caused by hostile US measures. The Iranian president was there with a message for Washington: Thanks to backing from Asian allies, Tehran won’t be easily isolated. During his speeches and one-on-one meetings, Rouhani slammed what he called destabilizing US policies in the region, in contrast to the "worthwhile" role his country is playing there.

Rouhani told participants at both conferences that Tehran has been in a struggle to provide peace and stability in Iraq and Syria and has cooperated in the battle against extremism in Afghanistan. Unlike the United States, the member states at the two meetings seemed to share the Islamic Republic's view.

Meeting with Rouhani, Putin praised Moscow-Tehran cooperation in Syria. In Putin’s speech delivered to the Tajikistan conference, he further boosted Iran by giving a positive evaluation of the trilateral Tehran-Moscow-Ankara arrangements on the Syria crisis.

Pointing out Tehran's crucial role in the region at the Tajikistan conference, Rouhani shared his country's preparedness to develop bilateral and multilateral political measures aimed at ensuring collective peace and security. Through such proposals, the Iranian president moved to draw in more Shanghai Cooperation Organization members and centralize already-existing but isolated support from China, India, Russia and Turkey — and to pile onto the United States.

Rather than reaching out to individual countries, Iran has found that cooperation with regional organizations involving many Asian and Eurasian powers bears more fruit, by increasing its bargaining force at international levels.

Channels of cooperation with organizations could also help balance Iran's foreign policy and security strategies, which focus excessively on fending off the United States and defusing tensions in the Middle East, while Tehran’s relationships with other countries remain comparatively neglected. By diversifying its sources and partners in Asia and Eurasia, Tehran can lessen the costs of pressure from the United States and conflicts in a volatile Middle East.

The third and final aim of the president’s diplomacy was to expand economic ties to circumvent US sanctions. Rouhani went to great lengths to persuade member states of the organizations that met in Kyrgyzstan and Tajikistan to continue normal business with Tehran and ignore US pressure. At the Shanghai Cooperation Organization summit, he highlighted the region's strategic geography, rich energy resources and transit opportunities arising from east-west and north-south corridors. He spoke of his country as a reliable partner for regional economic cooperation. Rouhani pledged Iran’s full cooperation with the member states on business interactions with individuals, firms and governments.

In Tajikistan, he underlined energy, mining, tourism and transit as profitable areas for cooperation with Iran and welcomed setting up joint markets in those fields. With that in mind, the Iranian president told Xi that Iran was more than willing to play a part in China’s massive Belt and Road Initiative.

Rouhani was delighted by Putin's warm welcome and the Chinese president's promise that Beijing will expand long-term ties with Tehran "no matter how the situation changes.” That promise could optimize Iran's geo-economic opportunities and significantly boost its economic diplomacy, further easing the strain of US sanctions.

In contrast to the United States, the majority of the members of the organizations that met in Kyrgyzstan and Tajikistan appear to see no signs of destabilizing intentions in Iran's regional policies. They acknowledge the vitality of the nuclear deal and appreciate Iran's compliance with it. The Islamic Republic's missile program is no menace in their perspective, from which Tehran is seen not as a sponsor of terrorism, but rather as battling it. While there might be minor differences among those member states in this regard, Russia, China and Turkey all unquestionably share some level of pessimism in their view of the United States.

Rouhani used that common ground as an opportunity to expand cooperation toward minimizing pressure on his country. Efforts toward that goal become more relevant in the context of Iran’s fresh announcement June 17 about reducing its commitments under the nuclear deal. That move could even lead to Iran’s full withdrawal — which is already up for consideration in an agenda revealed by Deputy Foreign Minister Abbas Araghchi.

Realistically, however, Iran needs to recognize the limited potential of the member states of the Shanghai Cooperation Organization and the Conference on Interaction and Confidence Building Measures in Asia, their differences concerning the Islamic Republic and the reservations they have regarding their relationship with Tehran — which are most evident in their rejection of its request for permanent Shanghai Cooperation Organization membership.

The body is by no means willing to play host to US-Iran tensions. Russia, China, India and Turkey each share intertwined interests with the United States, and despite their rivalry with Washington, none are interested in major friction with the US government over Iran.

Last week, a top Rouhani adviser tweeted that "US bullying” has "brought Iran, China and Russia closer together than ever." Flaws can be seen in that argument, which ignores the point that support from Moscow and Beijing can’t last forever. It’s true that Rouhani insists relations with China have always been strategic for Iran, and Tehran-Moscow ties are “exemplary." Yet Iran is mindful that its Asian and Eurasian foreign policy should not be confined to China and Russia. Reaching out to a broader range of nations, Iran is determined to kill two birds with a single stone by curbing Washington's pressure while reducing reliance on Moscow and Beijing.