The Shanghai Cooperation Organization has not moved to bring in Iran, though the international sanctions the organization said precluded it have been lifted. 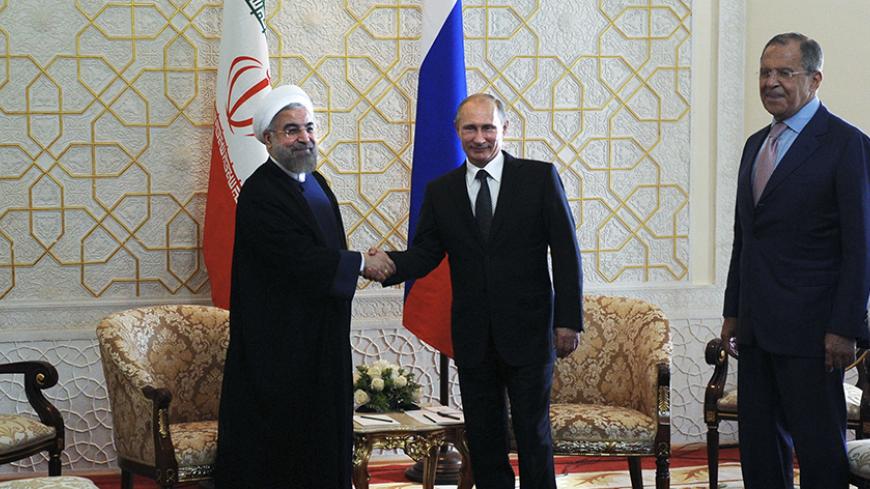 TEHRAN, Iran — Uzbekistan hosted the annual summit of the Shanghai Cooperation Organization (SCO) on June 23-24. As expected, Iran’s accession was one of the main topics on the agenda. However, according to Russia's special presidential envoy, Bakhtier Khakimov, SCO members failed to reach an agreement on initiating the accession process for Iran despite Moscow’s support for the idea, once again triggering debate over the reasons behind the rejection of Iran. However, a more important and fundamental question is whether Iran really needs to join the SCO at all.

Having been an observer state in the organization since 2005, Iran presented its request for full membership in 2008 under President Mahmoud Ahmadinejad. Ahmadinejad’s attempts to join the SCO were part of his grand foreign policy approach called "Look to the East," the main basis of which was strengthening relations with Asian and Latin American powers to offset Iran’s deteriorating ties with the West. However, SCO members — above all Russia — rejected Iran’s request. They argued that SCO regulations disqualify countries under international sanctions for full membership status.

Over the past year, in the wake of the nuclear deal between Iran and six world powers and the lifting of sanctions, discussion of the possibility of Iran’s accession to the SCO was once again seriously raised. Interestingly, Russia has this time presented itself as the idea's main supporter. However, the fact of the matter is that the Russian policy shift is more closely related to Moscow’s own situation following the 2014 Ukraine crisis than to post-sanctions Iran. The Ukraine crisis, which led to the most serious confrontation between Russia and the West since the Cold War, prompted Moscow to develop its relations with key regional players in its neighborhood and strengthen multilateral regional structures to offset the pressure from NATO and the United States. Russia’s expanding bilateral relations with China and Iran, its plans to develop the Eurasian Economic Union and its attempts to play a more active role within the SCO are just a few of the indications of this trend. Indeed, for the Russians, pursuit of this approach is so important that on June 24 — just one day after the failure to initiate Iran’s admission process — President Vladimir Putin once again said that there is no obstacle to Iran's accession to the SCO.

China, as the other great power in the SCO, has a somewhat similar approach to the need to strengthen the organization. Over the past two years, China has entered a cycle of increasing tensions with the United States over a range of issues, especially its sovereignty over the South China Sea. Thus, Beijing shares Moscow’s view of the necessity of balancing US actions through the expansion of regional cooperation.

In contrast, since the signing of the Joint Comprehensive Plan of Action, Iran has focused on improving its deteriorated relations with the West. This effort is evidenced by the frequent diplomatic trips to Iran by senior European officials and also similar visits to European capitals by Iranian Foreign Minister Mohammad Javad Zarif. Given that the SCO is known in the international sphere as a club of revisionist states at best, and at worst as a wholly anti-Western organization or the “NATO of the East,” it seems that for Iran to join the organization would thus hurt its current balanced foreign policy approach. Of note, on the bilateral level, Iran’s relations with both Russia and China have in various aspects been developing like before. Hence, the idea that SCO accession could offer anything further to Iran is a hard sell.

Another important point is that within the SCO itself, the leadership rivalry between Moscow and Beijing — and their differing views on whether to prioritize security or economic concerns on the organization’s grand agenda — has thus far prevented the organization from being fully functional in practice. Furthermore, the decision on the accession of India and Pakistan has already been finalized. Given the constantly strained relations between the two South Asian neighbors, this move could create even more rivalries within the organization and eliminate its geostrategic importance altogether. This is another key factor that should induce Iran to think twice about joining.

The present Iranian government appears well aware of these considerations. Indeed, since the beginning of the presidency of Hassan Rouhani in August 2013, previous insistence on the need to join the SCO has ceased. If anything, the level of Iran’s participation at the recent SCO summit in Uzbekistan is a good indication of this step back. Unlike the Ahmadinejad era, during which the president would attend almost every annual SCO summit, Iran now sends its foreign minister.

Thus, it could be argued that accession to the SCO presents no particular security, economic or strategic advantages to Iran. As such, if Tehran is eager to participate in multilateral cooperation in Asia, it is better to pursue such an objective through focus on engagement with other economic initiatives, such as Russia's Eurasian Economic Union and China's One Belt, One Road. At least in the case of the former, the Russian president has already declared that he welcomes Iran’s participation.