The Iran nuclear deal could be a breakthrough on regional ties. 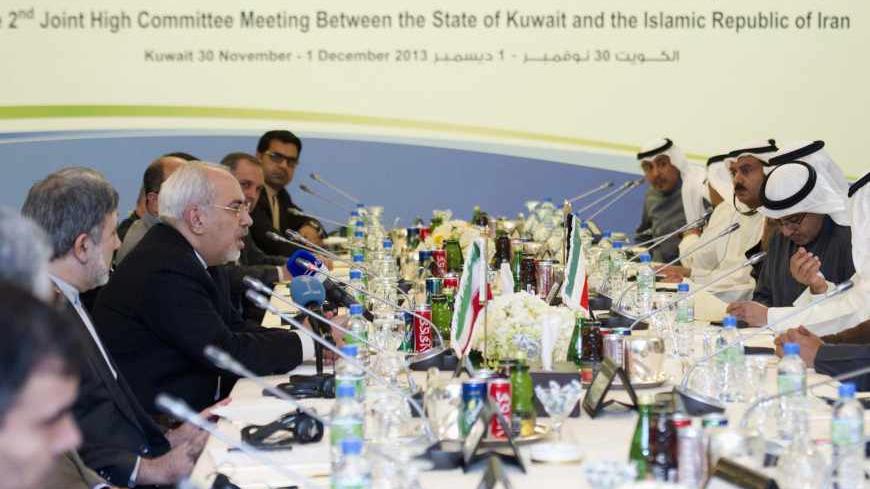 On Nov. 24, following four days of marathon talks, Iran and the P5+1 (the five permanent members of the UN Security Council and Germany) finally inked the Geneva interim deal as the preamble to reaching a long-term, comprehensive solution. Shortly thereafter, Iranian Foreign Minister Mohammad Javad Zarif said at a news conference that “in two distinct places” there is “a very clear reference to the fact that the Iranian enrichment program will continue and will be a part of any agreement now and in the future.” Zarif was alluding to text in the Joint Plan of Action that states the final deal will involve “a mutually defined enrichment program with practical limits and transparency measures to ensure the peaceful nature of the program.”

John Kerry’s response in an interview with ABC News was, “No. There is no right to enrich. We do not recognize a right to enrich. It is clear, in the — in the NPT, in the non-proliferation treaty, it's very, very clear that there is no right to enrich.” Contrary to the assertion made by Wendy Sherman, the lead US negotiator, that this “has always been the US position,” Kerry — while serving as chairman of the Senate Foreign Relations Committee four years ago — offered a completely different understanding of the NPT. In an interview with the Financial Times, Kerry said with regard to Iran’s rights as a signatory of the NPT:

“The Bush administration [argument of] no enrichment was ridiculous … because it seemed so unreasonable to people. … It was bombastic diplomacy. It was wasted energy. It sort of hardened the lines, if you will. … They have a right to peaceful nuclear power and to enrichment in that purpose.”

To confirm Kerry’s position, in 2010, Hillary Clinton, when she was secretary of state, told the BBC that a final deal could allow Iran to enrich. “They can enrich uranium at some future date once they have demonstrated that they can do so in a responsible manner in accordance with international obligations.”

In any event, even though its limits remain to be negotiated and agreed upon, the inclusion of enrichment facilitated the realization of the Geneva deal, without which the world would have witnessed another disastrous failure of negotiations.

The Geneva pact was a historic success because both Iran and the United States demonstrated that they have learned pivotal lessons from the past. The nonconciliatory, Cold War stance that they adopted toward each other during the last 34 years benefit the national interests and security of neither state. It is significantly momentous that Iran and the United States, after more than three decades, were able to conduct meaningful negotiations at the highest diplomatic level and bring a complex dispute to a mutually agreeable conclusion aimed at reaching a permanent solution “in less than one year.”

The consequences of this unprecedented approach by both countries may reach beyond Iran’s nuclear issue, thus reshaping the geopolitics of the region. The Obama administration’s clear rejection of pressures by the lobbying of pro-Israel groups opposed to the deal and its supporters in Washington, as well as some Arab countries in the region, could be the dawn of a new era in US foreign policy toward the Middle East.

Highlighting Obama’s determination to bring Iran’s nuclear crisis to an end at a news conference in Geneva, Kerry remarked that while some in Congress might seek to impose new sanctions on Iran, “The president obviously has a possibility of a veto.”

The relationship between Iran and the United States should not necessarily be defined in the framework of a zero-sum game. Cooperation between the United States as a global power and Iran as a regional power may bring about stability from the east in Afghanistan to the west in Lebanon — which appears on the verge of falling into another civil war with the interference of some Arab countries.

Rather than distancing themselves from the United States by exacerbating their differences with Iran while the United States and Iran are striving to settle theirs, the countries in the region should embrace the move toward a new Middle East. The countries in the region could instead positively respond to Iran’s efforts at rapprochement with the United States, which are paramount in the Rouhani government’s near-term agenda. Detente between Iran and the United States may leave no choice but for this to occur. “Be assured that the nuclear deal is in favor of the stability and security of the region,” Zarif said in Kuwait on Dec. 1. In an official statement, Saudi Arabia viewed the agreement as a primary step toward a comprehensive solution to the Iranian nuclear issue provided it leads to a Middle East and Gulf region free of all weapons of mass destruction, and hoping that such a step will be followed by more important steps that lead to a guarantee of the right of all countries in the region to peacefully use nuclear energy.

Soon after the Geneva nuclear deal, Iran declared its readiness to start a “new page” in relations with the Persian Gulf region. Last week, Tehran received the foreign minister of the United Arab Emirates (UAE) very warmly. Abdullah bin Zayed met President Hassan Rouhani as well as his Iranian counterpart Zarif during the first such trip by the UAE's foreign minister in years. On his first visit to a Persian Gulf Arab state that will also take him to Oman, Zarif arrived in Kuwait on Dec. 1. Zarif is also supposed to visit Riyadh soon. He may attend the Manama Dialogue in Bahrain on Dec. 7. This is the time for Tehran and Riyadh and the Gulf Cooperation Council (GCC) to talk to each other rather than about each other. “We look at Saudi Arabia as a very important and influential country in the region,” Zarif told reporters upon his arrival in Kuwait. With international support, it is the right time for Iran and Saudi Arabia, Iraq and the GCC to realize the 10-point plan building a “Regional Cooperation System in the Persian Gulf” for the purposes of removing hostilities, securing peace and stability in the region and beyond, fighting terrorism and extremism, realizing a weapons of mass destruction free zone in the Persian Gulf and the entire Middle East and more.