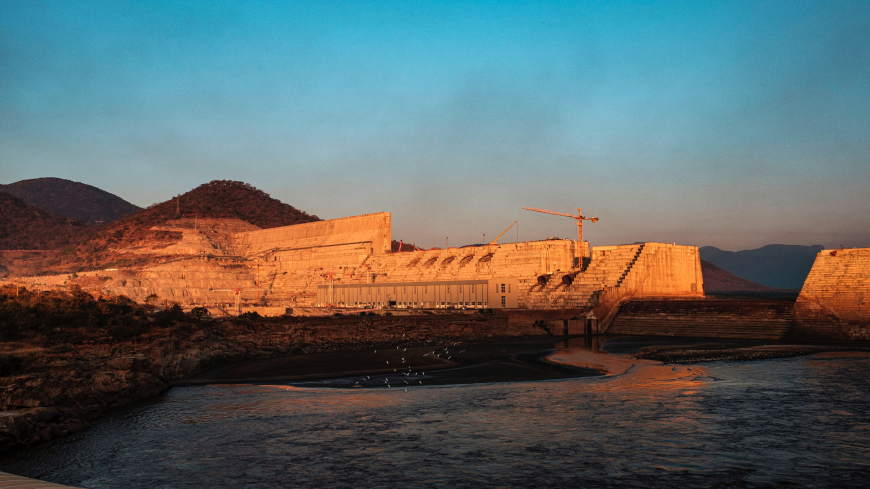 A general view of the Grand Ethiopian Renaissance Dam (GERD), near Guba in Ethiopia, on Dec. 26, 2019. - EDUARDO SOTERAS/AFP via Getty Images

White House spokesman Judd Deere said that Trump “reiterated the commitment of the United States to facilitating a fair and equitable deal among Egypt, Ethiopia and Sudan on the Grand Ethiopian Renaissance Dam, and expressed well wishes to the Egyptian people in combating the coronavirus pandemic.”

Deere also noted that they “affirmed the need for immediate de-escalation in Libya, including through a cease-fire and progress on economic and political negotiations.”

Why it matters:  The Trump administration started mediating between Egypt and Ethiopia over the dam dispute last year at Sisi’s request. Egypt argues that the dam will inhibit its share of the downstream water supply from the Nile River. Neither country came to an agreement as tensions escalated during the latest round of talks, sponsored by the African Union earlier this month. Immediately after the talks, Ethiopia sent conflicting signals as to whether it has actually started to fill up the dam. Amid the dispute, Egypt has made diplomatic overtures to Ethiopia’s rival Eritrea. And Egypt’s regional rival Turkey has shown interest in growing closer to Ethiopia.

Regional rivalries have also inflamed the Libyan civil war, which the United States seeks to de-escalate. Egypt backs Libyan warlord Khalifa Hifter and has threatened to intervene on his behalf should the Turkish-backed Government of National Accord continue its advance on oil-rich Sirte. As the United States seeks to get Libya’s warring factions and their foreign backers to the negotiating table, Trump has also discussed the Libya war with Turkish President Recep Tayyip Erdogan and French President Emmanuel Macron, who is closer to Hifter.

What’s next:  Congress is also weighing in on the dam. Rep. Jeff Fortenberry, R-Neb., has introduced a bipartisan amendment to the annual defense authorization bill that calls on “Egypt, Ethiopia and Sudan to immediately reach a just and equitable agreement regarding the filling and operation of the Grand Ethiopian Renaissance Dam.” The House will vote on the nonbinding Fortenberry amendment later this week.

Know more:  Get up to speed on the Egypt-Ethiopia dam dispute and the accompanying regional rivalries with Al-Monitor’s Week in Review.