President Donald Trump praised Egypt for its Libya cease-fire proposal during a conversation on Wednesday with President Abdel Fattah al-Sisi. 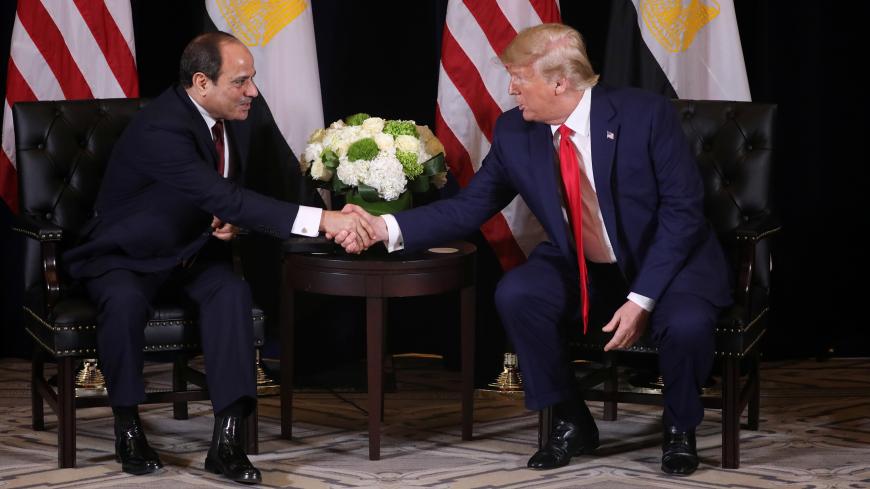 President Donald Trump praised Egypt for its Libya cease-fire proposal during a conversation on Wednesday with President Abdel Fattah al-Sisi.

“President Trump praised President [Sisi’s] efforts last weekend to promote political reconciliation and de-escalation in the Libyan conflict,” the White House said in a readout of the call. “The two leaders discussed ways to resume the United Nations’ 5+5 cease-fire talks and the departure of all foreign forces from Libya.”

Why it matters:  Egypt, which backs Libyan warlord Khalifa Hifter in his fight against the UN-recognized Government of National Accord (GNA), proposed the cease-fire last week after dispatching tanks to the border, raising fears that Cairo could enter the mix of regional powers prolonging the war. Russia has also provided mercenaries to fight alongside Hifter, who has received arms from the United Arab Emirates.

Their regional rival, Turkey, has dispatched soldiers and Syrian rebels to fight alongside the GNA, which has made rapid gains against Hifter’s forces in recent weeks. Trump discussed Libya with Turkish President Recep Tayyip Erdogan during a separate phone call on Monday. Turkey initially voiced skepticism over the Egyptian cease-fire proposal in the wake of the GNA’s success on the battlefield.

Know more:  Trump also reiterated a US commitment to “facilitating a fair and equitable deal among Egypt, Ethiopia and Sudan on the Grand Ethiopian Renaissance Dam.” Ayah Aman has the full story on the dam talks.