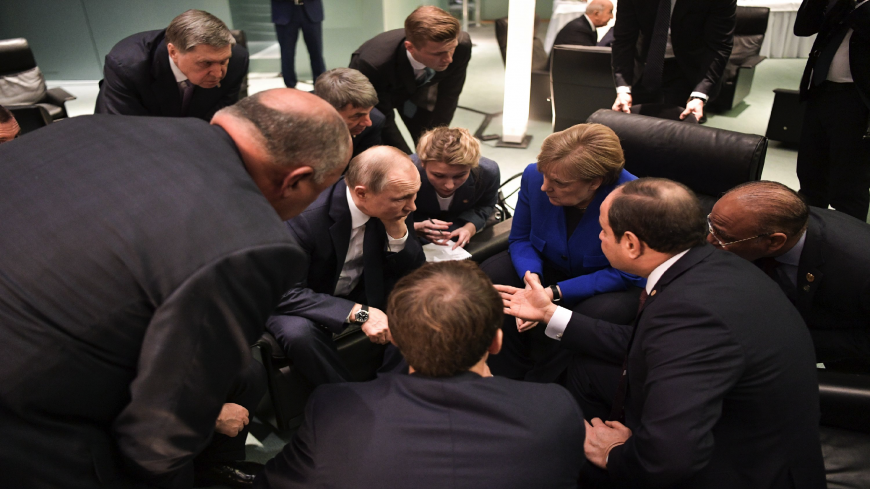 White House spokesman Judd Deere announced that the two leaders discussed “ways to de-escalate the situation in Libya, which has been exacerbated by the presence of foreign forces and arms.”

France is close to Libyan warlord Khalifa Hifter in his war against the Turkey-backed Government of National Accord (GNA). Trump held a separate phone call on Libya with Turkish President Recep Tayyip Erdogan last week.

Why it matters:  The Trump-Macron phone call comes after national security adviser Robert O’Brien expressed sympathy for France last week over a June incident in which Paris accused Turkey of harassing French vessels as they sought to stop a Tanzania-flagged ship allegedly smuggling arms to Libya. But the next day, Assistant Secretary of State for Near Eastern Affairs David Schenker complained that the European Union only interdicts “Turkish military material” destined for Libya’s GNA while ignoring Russian, Emirati and Egyptian violations of the embargo to support Hifter.

The presidential-level focus on the issue is also noteworthy, as the Trump administration has mostly outsourced Libya policy to lower-level State Department diplomats until now. The US Embassy in Libya threatened sanctions on “those who undermine the Libyan economy and cling to military escalation” earlier this month. And last month, a US delegation pushed militias affiliated with both the GNA and Hifter’s forces to disband.

What’s next:  NATO has ordered an investigation into the France-Turkey naval clash, but it remains classified. However, France said the report “did not establish the facts” and pulled out of the NATO naval operation that enforces the Libya arms embargo earlier this month. France has issued four demands that it wants its NATO allies to meet before rejoining the Mediterranean naval operation.